Next time, think twice about cutting around traffic. 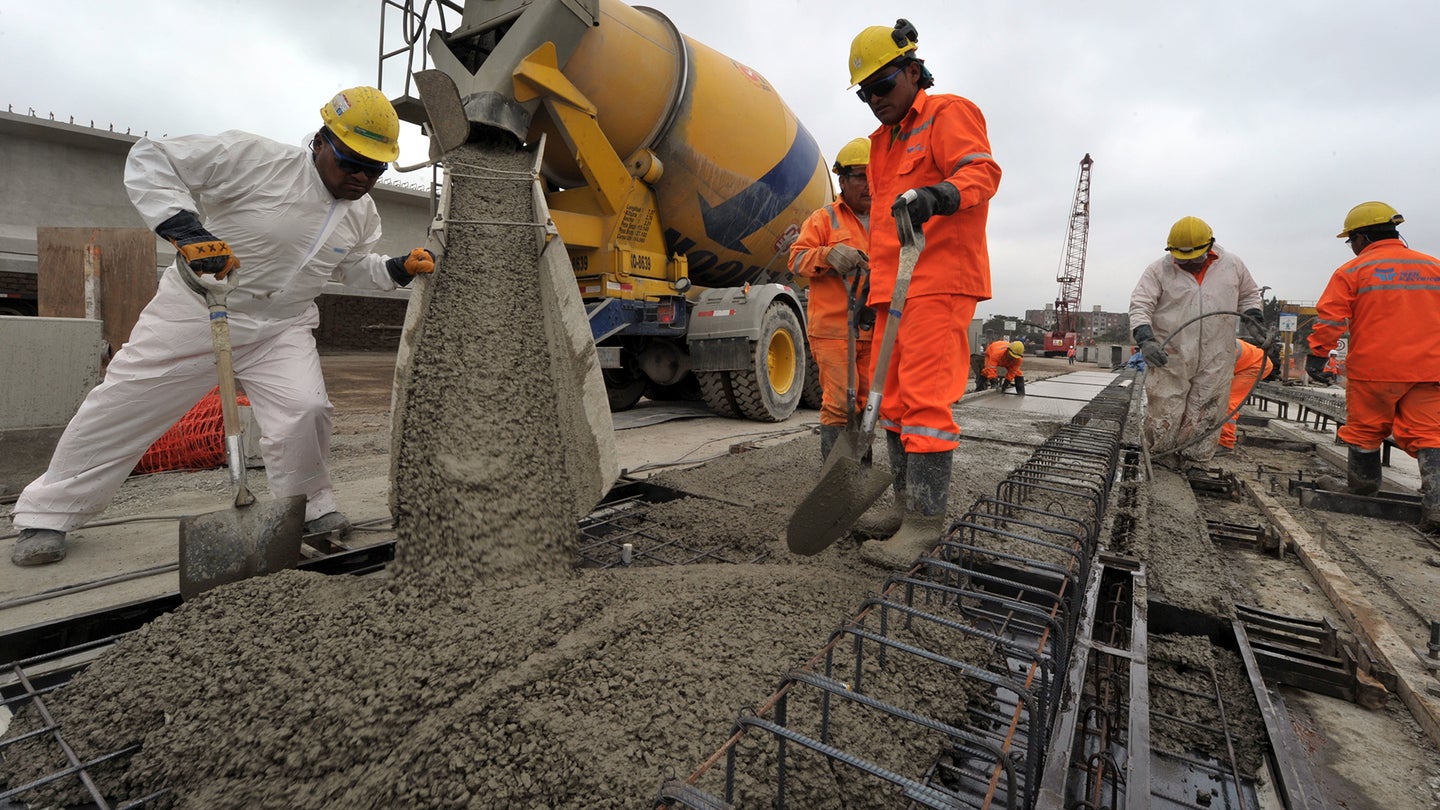 Picture this: it's a Thursday afternoon and you're ready to check out for a long weekend of barbecue and beer. On your way home from work, you get stuck in a line of traffic midst construction. Your turn is coming up, but you've already waited four light cycles and it's turning red again. Just beyond the construction cones is your freedom with no workers ahead, just cones. Do you cut in between and make the turn?

A 19-year-old in Lincoln, Nebraska did, apparently. The teen reportedly made an unsuccessful dash to freedom—and could now be facing quite the expensive fine, reports KETV. The teenager drove his Honda Civic into the fresh concrete—which, according to a police report, was not obviously ready, having been poured "less than 30 minutes" prior to the event occurring. Not nearly as cool as the Impreza darting around a construction site The Drive reported on earlier this month.

Thomas Shafer, a city engineer for Lincoln, states that the driver is going to be responsible for the repairs, not the tax payers. A contractor estimated the damages at more than $10,000. This cost would cover removing the vehicle, removing the damage concrete, then pouring and finishing new concrete.

Fox 42, another local news station, reported that it took over two hours to remove the stuck car from the freshly poured concrete. The traffic which the driver was attempting to avoid then increased severely as a result of the mistake.

Luckily, the only injury that occurred in this event was the driver's pride. Shafer added one piece of advice, "Pay attention to the cones out there, and pay attention to the sign." At least this should be easier to explain to his insurance company than Bigfoot.

Wanna help make sure Mazda keeps making Miatas? Smash yours up a bit.