The tank crew’s quick action saved numerous bystanders, according to the military. 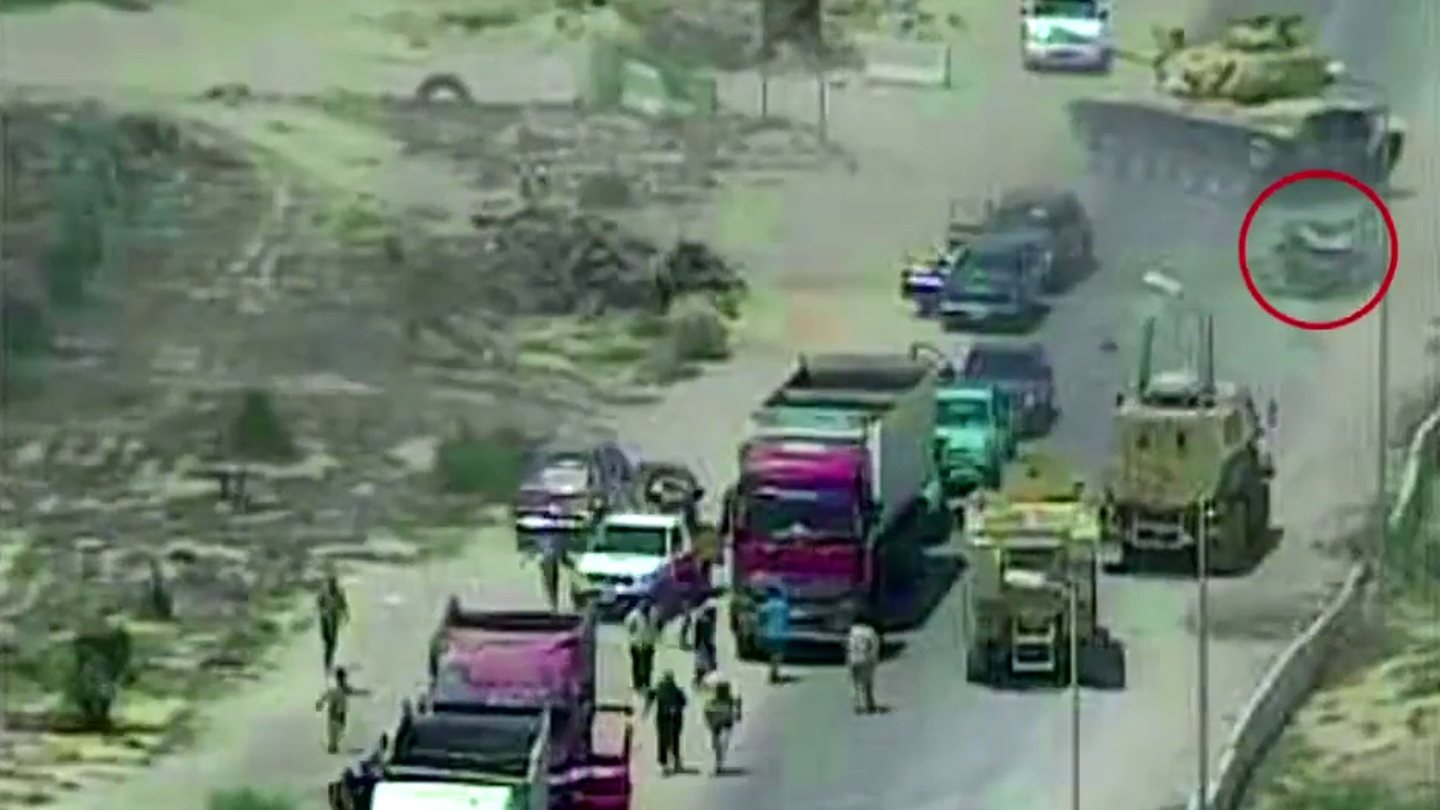 An Egyptian Army tank crew is being credited with saving the lives of at least 50 people this week after running over an approaching suicide bomber's car, causing the bomb to prematurely detonate before the attackers could reach a crowded military checkpoint, Newsweek reports.

The Egyptian military released surveillance video showing the incredible sequence in full on Monday. In the footage, shot from an elevated position outside the city of Arish on Egypt's Siani Peninsula, at least 20 cars and trucks are lined up on a road waiting to be processed at the checkpoint. The attackers are seen approaching from a distance at high speed on the wrong side of the road, but they come face-to-face with what appear to be an Egyptian M60 Patton tank and two U.S.-surplus MRAPs blocking the open lane at the rear of the line.

Seconds later, as people begin fleeing their cars, the tank crew makes the call. They charge forward, treads skittering on the asphalt, and crush the bombers' car before they can react. It's hard to overstate how courageous that is—they probably assumed the bomb would blow up and kill them in the process, but at least it wouldn't reach the checkpoint. According to The Independent, witnesses say the car was carrying four men with machine guns, so it seems very likely a larger massacre was prevented thanks to their heroics.

But the bomb doesn't explode; not yet, at least. So before it does, the tank crew makes another brave choice; They could easily flee the blast zone by driving into the fields, but instead they opt to carefully turn around (so as not to damage a civilian's car) and drive back to their original position to shield the two MRAPs as they slowly back away. Moments later, a massive explosion fills the screen as the bomb finally goes off.

Unfortunately, seven people were still killed in this horrible attack, according to Newsweek. But based on the size of the blast, it's clear the toll would have been much, much higher.