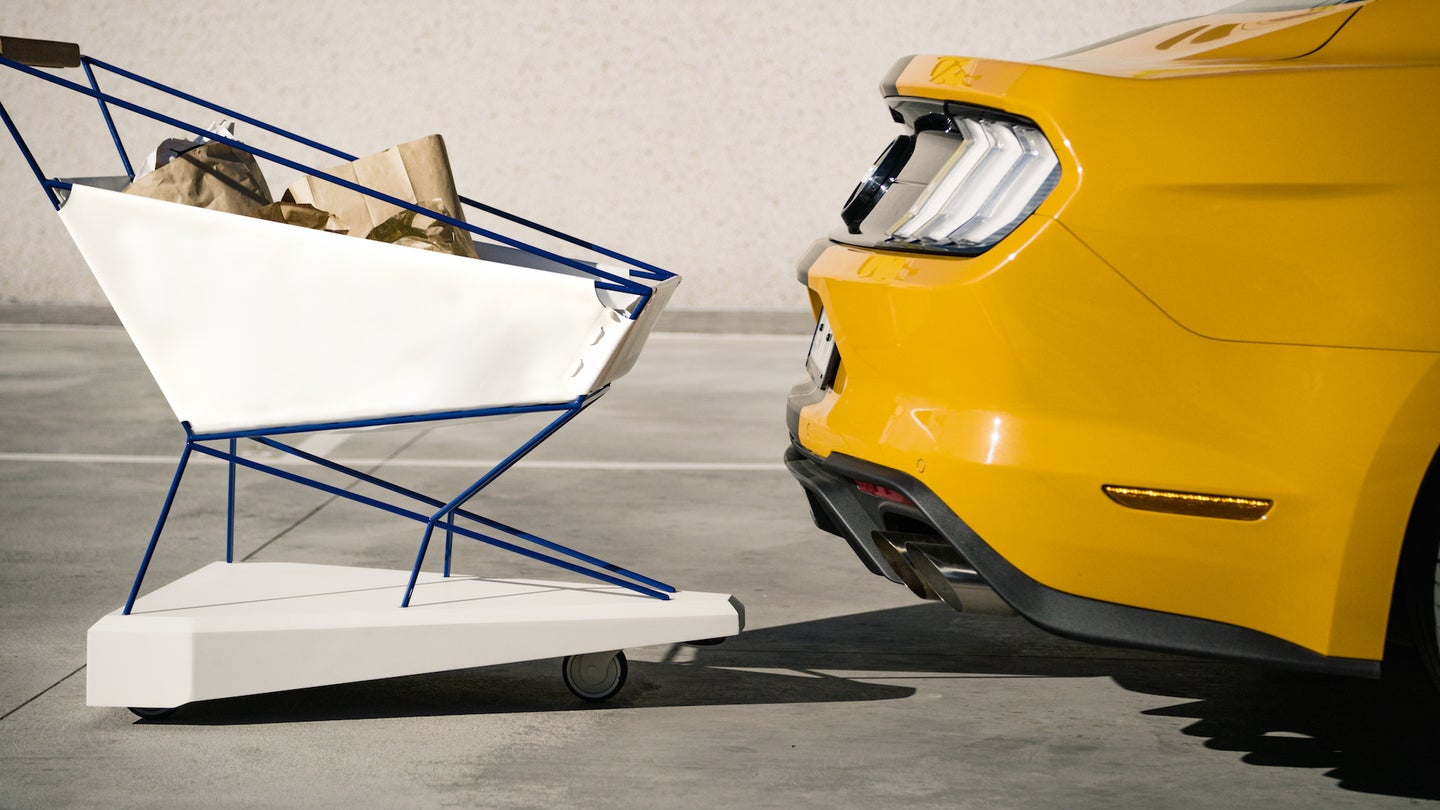 It appears Ford has found a solution to the trolley problem. No, not that Trolley Problem but the issue of children running rampant through a supermarket behind the proverbial wheel of a trolley...or grocery shopping cart, as they're better known in America.

Using the same pre-collision technology found on its cars, Ford has designed a supermarket shopping cart that brakes itself when it detects a head-on crash with another cart, a shelf precariously full of glass-jarred pickles, or an unsuspecting fellow shopper. Most importantly, the flimsy-looking trolley would stop itself because scratching, say, Scott Dixon's precious Ford GT out in the parking lot.

"Parents often dread supermarket shopping because they are trying to get a job done and kids just want to play," said UK parenting author Tanith Carey. "Children love to copy adults and experiment with feeling more in control. When they push a trolley, to their minds, it's like they are behind the wheels of a car—with long, wide supermarket aisles as their racetrack."

Forget children, I still sometimes find myself secretly treating shopping carts like my own GT3 Porsche with the path between the deli counter and the canned goods aisle as my personal Eau Rouge.

In all seriousness though, camera-and-radar-equipped shopping carts would help cut down on cringe-inducing car-vs-cart parking lot collisions, a feature welcomed by those who have ever had their paint jobs needlessly scuffed by runaway carts.

Ford's "Self-Braking Trolley" is merely a fun prototype for now and will most likely remain so. With grocery store margins the way they are, we can't imagine these popping up at your local Aldi any time soon. Whole Foods might be interested, though, with its techy, money-flush Amazon overlords.

Over the years, Lotus Engineering has taken on some curious projects.