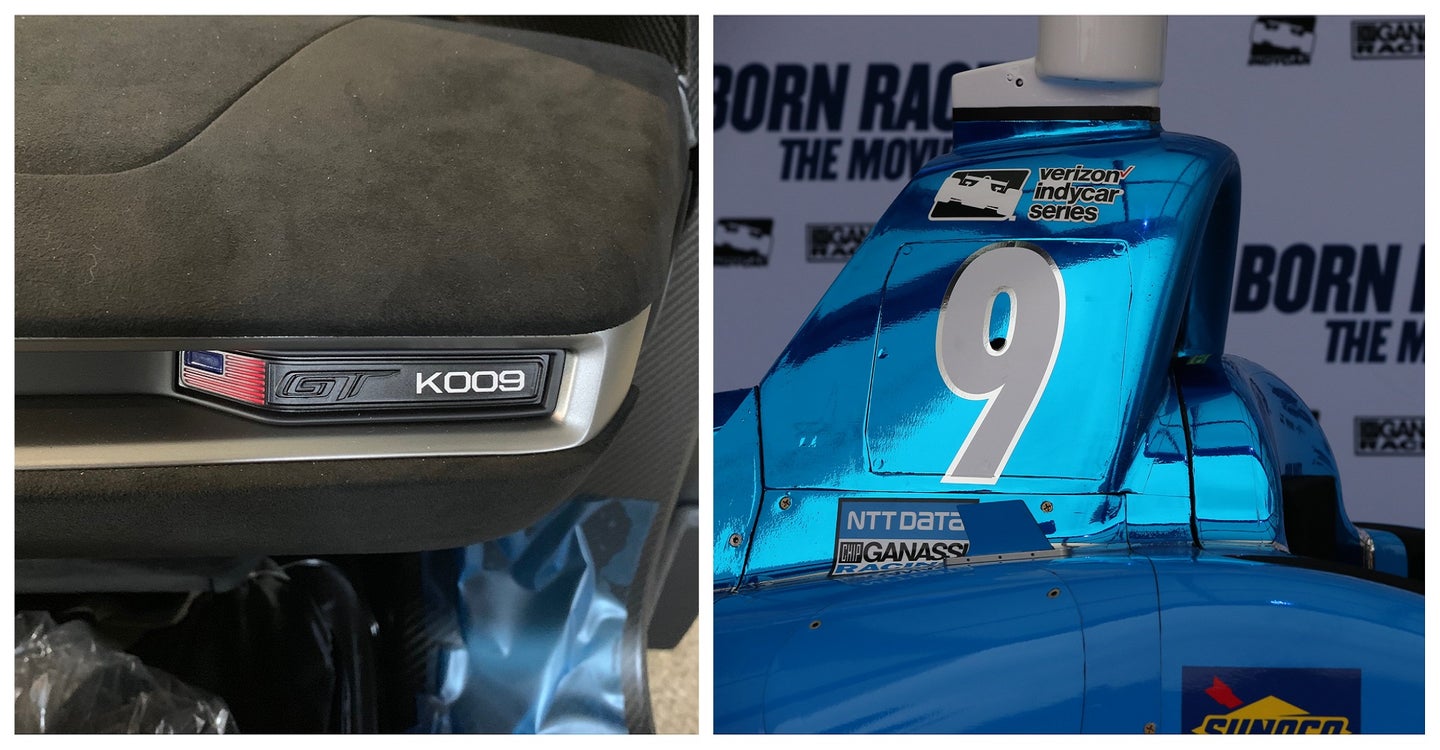 As we reported earlier this week, five-time IndyCar champion Scott Dixon kicked off 2019 in style by becoming the proud owner of a Ford GT supercar. The Drive recently learned more details of Dixon's unique GT build, including the fact that it sports VIN K009, which pays respect to his longtime racing number.

During a brief phone conversation I had with Dixon, he revealed specifics of his GT and what motivated him to ultimately pull the trigger on the American icon instead of something from Stuttgart, Maranello, or even Sant'Agata. After all, being a racing superstar and IndyCar's winningest active driver comes with many perks, one of them being a hefty salary, meaning that Dixon has a wide range of options when it comes to high-end vehicle ownership. (Especially from Honda, who currently supplies the engine found in the back of his Chip Ganassi Racing Indy car.)

Dixon candidly opened up about the bespoke build and the process he had to undergo in order to acquire it. You may think that piloting the racing variant of the GT at the 24 Hours of Le Mans would've given him a leg up on the rigorous application process—and it may have—but Ford didn't just throw him the keys and say: have at it, mate!

"The look and the style of the car totally did it for me," said Dixon. "The heritage, the team behind it, how Ford was able to retain the original look of the GT. There's a deep connection with the car."

"I could've possibly gotten one [GT] the first year, but I wanted a Heritage Edition. Chip [Ganassi] got a first-year Heritage. I waited for year two of production until they sorted out the options on the Heritage, but I ultimately went with a Carbon Series, which is what they [Ford Performance] called the Competition model but they added air condition and radio."

The GT, which was delivered at an Indianapolis area Ford dealership on Monday, is finished in Frozen White and sports the 20-inch carbon fiber wheels that have become synonymous of Ford's range-topping sports cars such as the Shelby GT350R and GT. Although not visible on the video originally shared via Instagram, Dixon explained to me that his Carbon Series features racing stripes running the length of the car made out of—you guessed it—carbon fiber, which replace the painted or stick-on racing stripes found in other variants.

Dixon now joins the likes of fellow IndyCar driver Graham Rahal and Ford Chip Ganassi Racing endurance driver Dirk Muller as the proud owner of a Ford GT. However, unlike Rahal's eye-searing purple GT, the Kiwi's overall build is much more subtle, something that speaks to his cool, calm, and collected approach on and off the track. Because of this, the current Heritage Edition sporting the Gulf Oil livery didn't tempt him at all, although he admits it's "iconic" and quite nice.

"I've never been much into owning sports cars, but I quietly collect timepieces like Rolex, Omegas, Pateks [Philippe], and stuff like that," he added. "Cars off the track have always been more of a point A to point B type of thing, like this Acura MDX Hybrid I'm currently driving."

When I highlighted the differences between him and the majority of successful racing drivers who typically own a solid stable of high-end sports and luxury cars, Dixon claimed that he's definitely not into that, but that a good friend of his may have "influenced" his last decision.

"A long time ago when the first-generation Audi R8 came out I got one, but I sold after two weeks—just not really into that stuff," Dixon added. "Not too long ago during a trip to Scotland I went out with Dario [Franchitti] to drive some really neat stuff for a few days; drove various Porsches and Singers and stuff like that. It was fun and I sort of got into it, it was a good time."

Despite having a new four-wheeled baby to play with at home, Dixon will soon be headed to Daytona International Speedway where he will get behind the wheel of the No. 67 Ford Performance Chip Ganassi Racing Ford GT for the world-famous Rolex 24 Hours.

The racing series’ winningest active driver shared a video of the vehicle’s deliver on his Instagram account.