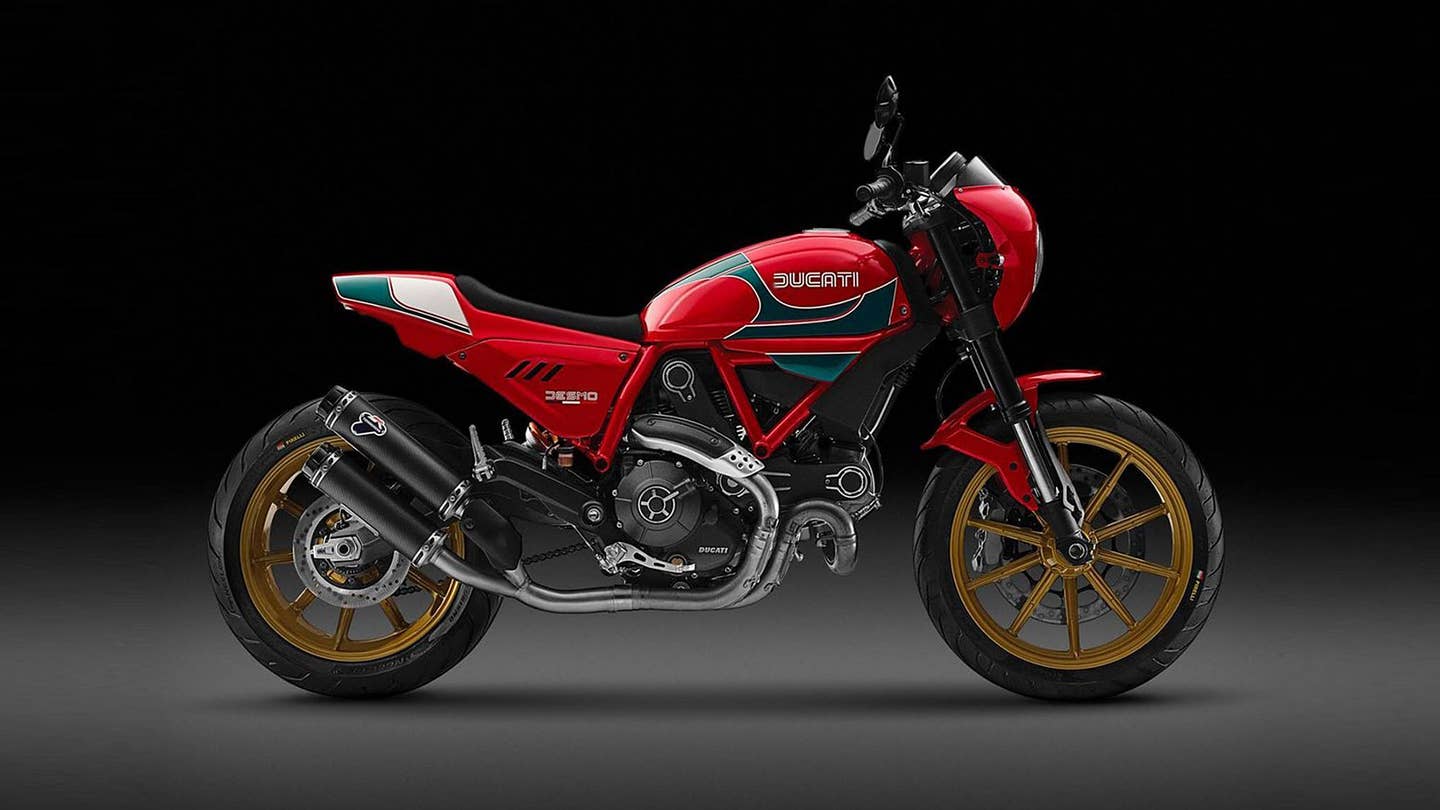 The late Stanley Michael Bailey Hailwood was known as Mike Hailwood to the casual motorcycle racing fan, and as “Mike the Bike” to those who understood his anomalous talent for carrying speed on two wheels. As far as we can tell he had zero connection to Thailand, but no matter. A meeting between Hailwood’s widow and the owner of Ducati Thailand has given us the pulchritudinous gift of the Scrambler Special Edition Mike Hailwood.

The Englishman had an extraordinary career from 1957 to 1967, winning nine World Championships, 76 Grand Prix, and 14 races at the exquisitely dangerous Isle of Man Tourist Trophy. Elevating his achievements to the legendary, he took 11 years off, then came back to win the Isle of Man TT in 1978 at the age of 38 on a Ducati 900SS. Hailwood's success was commemorated by a factory special edition based on the 900SS, starting in 1979.

This tribute starts with the Scrambler’s Icon trim. The designers fashioned a rounded front cowl and tinted fly screen around the headlight, and bolted on a custom handlebar that sits lower and closer to the rider than the stock unit. The anodized aluminum mirrors and Ducati Panigale grips are from the aftermarket catalog. Custom side panels tie into a custom monoposto tail with integrated turn signals, meaning seating for one above an Öhlins rear shock. The red, white, and green paint job and gold, ten-spoke wheels are an homage to that victorious Ducati 900SS. The twin-pipe Termignoni exhaust from the Monster 821 is a nod to that louder, angrier open-pipe era. The 803-cc L-twin engine with 74 horsepower and 47 pound-feet of torque has been left alone.

Nota bene, this isn’t the “free” kind of gift – Ducati Thailand wants 699,000 Thai Baht (about $20,000) for each bike, plus shipping, and they’re only making 58 examples. That unusual number is to celebrate the 58th anniversary of Hailwood’s first year with Ducati. Before he became a legend riding Hondas, an 18-year-old Hailwood spent a year on a 250cc Ducati in 1958.

Deliveries are planned for September this year, and 27 of the 58 are spoken for as of writing. Another treat: each bike comes with a numbered aluminum plaque and you can order the number you want if it's not already taken. So if you're keen, then as they say in Thailand, Rīb rèng. Hurry.

Take a trip to Cubism.