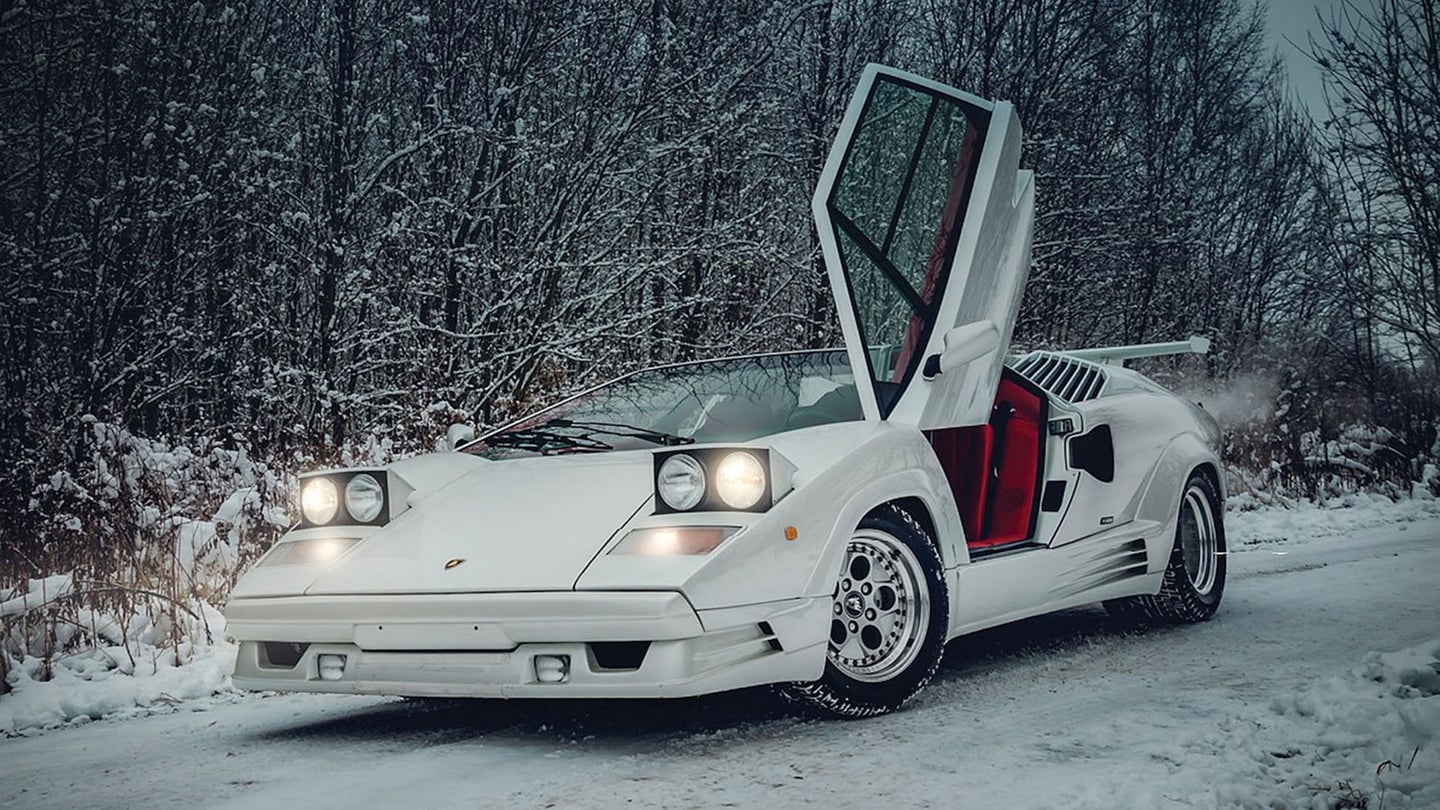 If you've of a certain age—say, 25 to 45—chances are you grew up with a Lamborghini Countach on a poster in your bedroom. But sadly, by the time you became an adult with enough scratch for a down payment, the world had moved on to faster, sharper, safer cars. The opportunity to own a factory-fresh model has long since vanished with your childlike innocence—or has it? Christmas is only 355 days away, so consider giving yourself an early gift in the form of this like-new 1991 Lamborghini Countach 25th Anniversary Edition that RM Sotheby's will be auctioning off in Paris this year.

From its roots as a fanciful sketch from a young designer at Bertone named Marcello Gandini in 1971, the Countach basically set the automotive world on fire with its radical wedge shape, outlandish scissor doors, and its raw, animalistic nature. Lamborghini built the Countach from 1974 to 1990, never messing with the car's essential formula in its various tweaks and updates throughout the production run.

Leading up to the automaker's 25th anniversary in 1988, plans were made to mark the event with a special edition Countach, and none other than a young Horacio Pagani was put in charge of the effort. Pagani couldn't exactly go wild with his updates, but the redesigned nose and air intakes do make it stand out from the prior models. He also took the interior out of the stone age, adding power windows, power seats, and a stronger air conditioning system.

The 25th Anniversary Edition, still rocking the 455-horsepower V12, was shown off at the 1988 Italian Grand Prix at Monza. The classic Countach White paint job and red interior on this particular example look like they've lived in a showroom for the last 26 years, and for good reason—Sotheby's says the car has only traveled 2,153 miles from new despite passing through three owners over the years. It also hails from 1991, the final production year of the Countach.

So what we've got here is basically the final form of one of the quintessential supercars of the late 20th century, perfectly preserved for a highly-successful, now-grown child like yourself to purchase and live out your bedroom poster dreams. Sotheby's projects the Countach will bring upwards of $360,000 when it goes under the hammer on February 7, which we admit is a hair more than a 2018 Lamborghini Huracan Performante. But can you really put a price on nostalgia? (Yes, you can.)