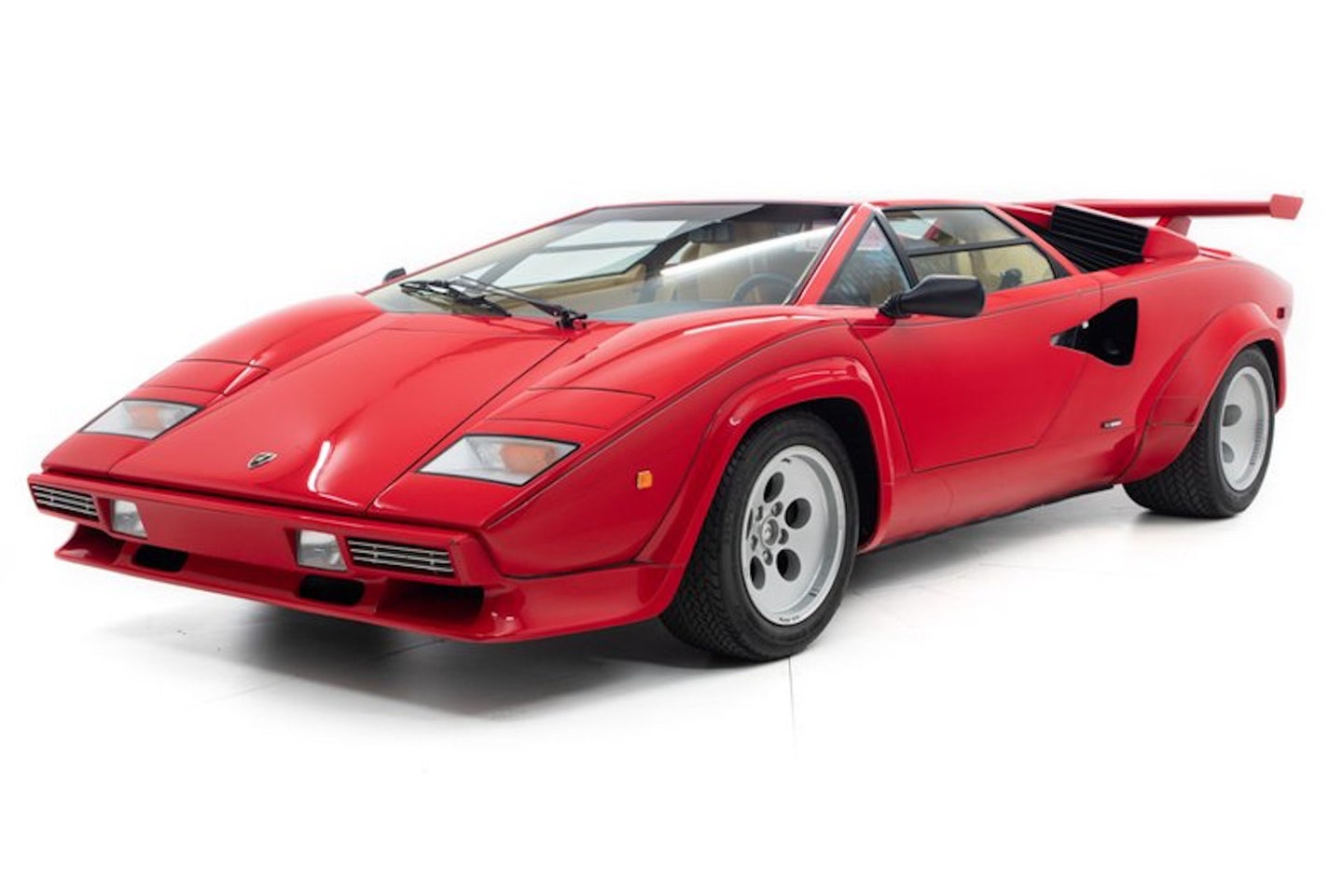 To call Andretti a legend would be an understatement, and people across the world recognize the almighty surname—to those in his native Italy to locals of Nazareth, Pennsylvania where Mario's family has called home since the late 1940s. People of the small Northeastern town also likely remember Andretti for being the only one to parade around in Lamborghini supercars as he also reportedly owned a 1989 Anniversary Countach, a 1991 Diablo, and a Murcielago.

This one, a red-over-tan 1984 Countach 5000 S, is arguably the coolest of Andretti's fighting bulls. It’s powered by a 371-horsepower 5.0-liter V12 that's carbureted rather than fuel-injected like later cars. The seller says it recently received a mechanical overhaul to bring it back to like-new condition and, with just a tick over 11,000 miles on the odometer, the car hasn’t seen a ton of action in its 35 years.

Even considering the popularity of classic Italian supercars, the Countach is quite attention-grabbing. It was produced over 16 years from 1974 to 1990, but only 1,983 cars were made in that time period. On the low end, prices hover in the mid-$200,000 range, but cars in this condition with such a famous history can demand much more.

Mario Andretti himself is more a notable subject than any of his supercars, as his career spanned decades and included wins at some of the biggest races in the world. He won the 24 Hours of Le Mans, Daytona 500, Indianapolis 500, and was a four-time IndyCar champion. He was named driver of the year in three different decades (the '60s, '70s, and '80s) and was the last American to win the Formula 1 world championship in 1978.