Thanks to @CreepyVanCo, The Drive will never run out of weird vans to be sketched out by. 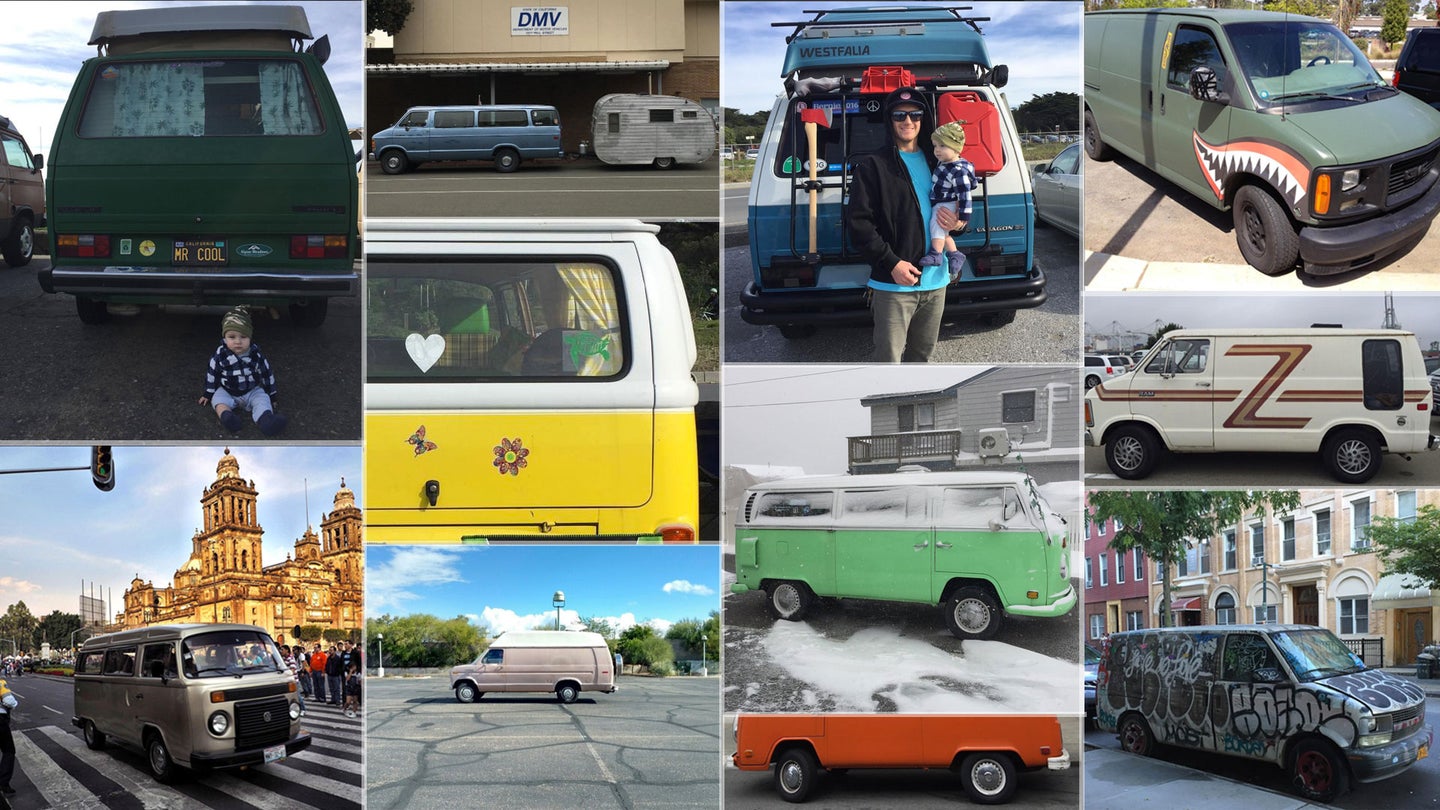 Those of us who work here at The Drive are always fans of a good specialty social media account—especially one with a sense of humor and a good eye for entertaining content.

With that in mind, The Drive proudly presents to you the Instagram account Creepy Van Co. Featuring a wide area of vans from across this great planet, @CreepyVanCo pays homage to the worst of the Van Life.

Curated by Richard Ferguson VI, a Jersey Shore native who has since moved to the great state of California, the Creepy Van Co Instagram account is a rolling tribute to his 1994 Dodge Ram Van (a.k.a. his surf van). The van was purchased used from a guy who made custom cabinets and was in the perfect condition (i.e. waxed three times a week) for hauling surfboards and a dozen hooligans.

For the next 14 years, "Ferg" and his van became the best of buds—but as he became older, so did the van. Eventually the van became unreliable and could no longer leave the confines of the Jersey Shore. When it came time to move across the country, the van had to go.

Once Ferg moved to San Fransisco, he was constantly reminded of his beloved van by seeing this fellow "creepers" on the street. His wife saw the pain in his eyes and recommended a healthy outlet: Instagram. Although the van is long gone, Creepy Van Co keeps the vibe alive in a humorous and rad way. Definitely give @CreepyVanCo a follow if you want to embark on one weird automotive journey.

People Are Moving Into Vans, Again

The #VanLife is real.