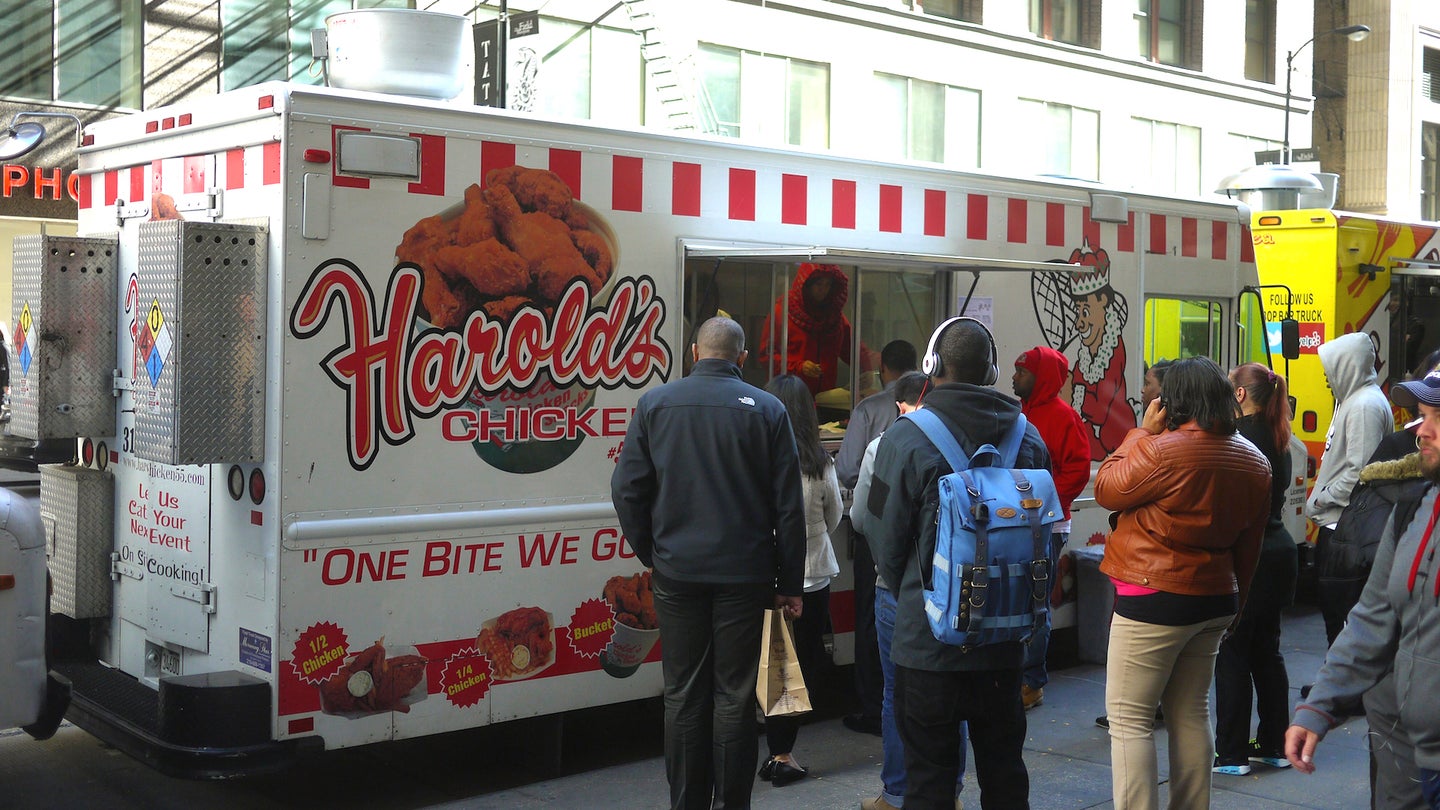 A Georgia woman who was arrested for allegedly crashing into a chicken truck told police that she caused the damage because she's a vegan, local news station NBC 11 reports.

A truck driver told police he was driving on a highway in Hull, Georgia when a red car hit his vehicle. When the truck driver hit the brakes, the red four-door crashed into the truck again and spun out of control. After smashing into the truck, the red car immediately left the scene, NBC 11 reports.

The truck driver informed police that the driver was a woman with short red hair. Sheriff deputies were also able to recover a license plate from the debris left by the red car which was key to tracking down the suspect. Police then found the woman and her vehicle at her home address.

The woman, who police identified as 26-year-old Judith Moriah Armstrong, told police through a window in her home that she was in a crash and left the scene because she was concerned about how it might affect her license status. In a deeper interview with deputies, Armstrong told the cops that she smashed the truck because she noticed it was a chicken truck and she was a vegan.

Armstrong claimed she was sober when the incident took place but had "taken a couple of shots" once she got home.

After getting a warrant to bring her in, Armstrong was arrested and faces charges for hit and run, aggressive driving, driving under the influence, and obstruction, NBC 11 reports.

Folks, please keep your food preferences and dietary restrictions outside of your motoring habits.