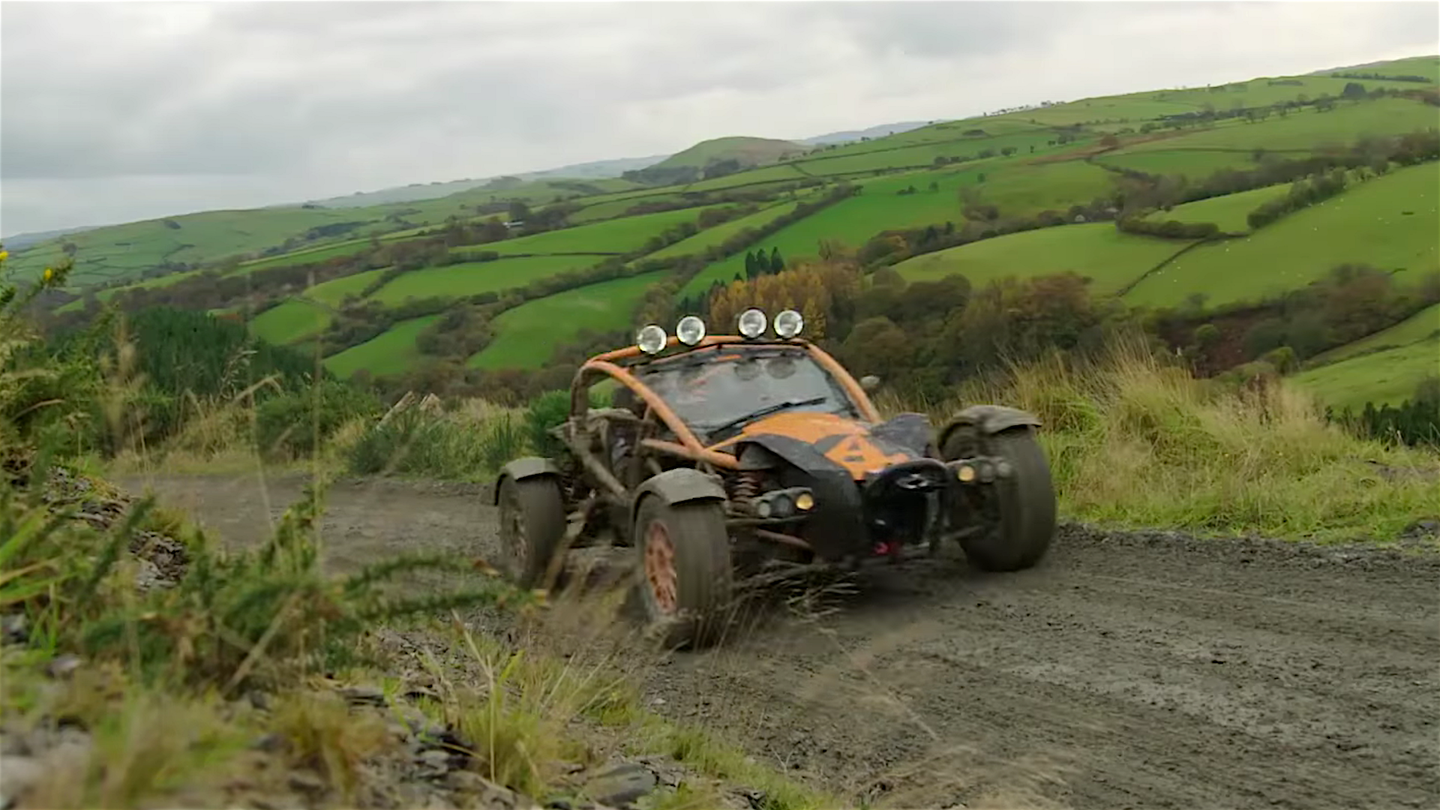 The Ariel Nomad is a special kind of machine. The 230-horsepower buggy can happily take on a curvy mountain road, but to get the full experience, you need to take it to a gravel-packed rally stage and toss it sideways.

In the most recent episode of Top Gear's online road trip video program, presenter Rory Reid shows viewers both sides of the Nomad when he brings it to some beautiful Welsh roads in one part of the program, and later links up with Rally America champion David Higgins and shreds some mud on some of the Subaru factory driver's best rally stages.

The Nomad is basically what happened when the folks at Ariel decided to make an off-road version of the race track favorite, the Ariel Atom. It uses a 2.4-liter inline-four motor, borrowed from the Civic Si, mounted in the rear and connected to a six-speed manual transmission and a limited-slip differential. Also, the Nomad lacks doors and the windshield is optional. All of that together allows the Nomad to hop from 0-60 in 3.4 seconds and brings it to a top speed of about 125 miles per hour. Also, if you're insane enough, you can get it fitted with a supercharger that brings the power output to 300 HP.

From what we've seen in the video, Reid and Higgins have a damn good time in the little off-roader. Though the TV presenter struggles to maintain complete control of the Nomad off-road, the rally champ shows him how it's really supposed to be driven—fast and sideways.