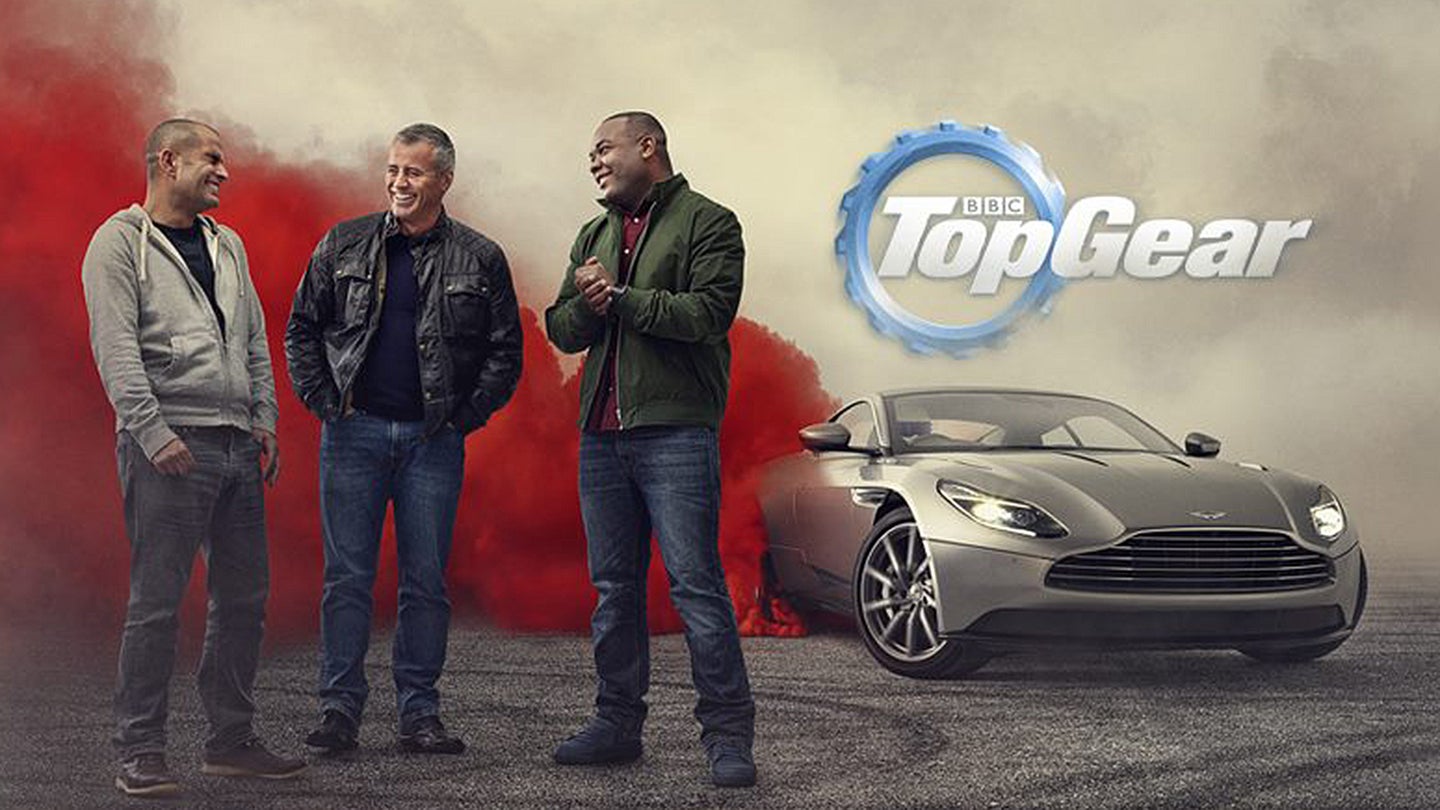 The years of uncertainty seem to have come to a close for the world's biggest automotive TV show. When Top Gear returns to the BBC for its 25th season, the current trio of hosts—Matt LeBlanc, Chris Harris, and Rory Reid—will return with it, according to one of the British broadcaster's executives.

According to Britain's Express, during a recent interview, BBC Two controller Patrick Holland was asked whether LeBlanc, Harris, and Reid would be coming back for the next round of Top Gear fun. "Yes, very much so," he said.

The trio took over hosting duties for the BBC show after a widely-panned 23rd season in 2016, which saw radio broadcaster and producer Chris Evans serve as the de facto lead host along a rotating regular cast that included Reid, Harris, and LeBlanc, as well as racing driver Sabine Schmitz and driver-turned-commentator Eddie Jordan. (Schmitz and Jordan continued to make appearances on Top Gear during its 24th season.) Evans's performance was widely panned, and his reportedly problematic behavior became a magnet for media attention, leading him to announce his departure one day after the final episode of the season aired.

The three-host format, obviously, has been Top Gear's traditional formula for success, being leveraged to great effect by former stars Jeremy Clarkson, James May, and Richard Hammond for a 13-year run that only came to a close after Clarkson punched a man over a steak.