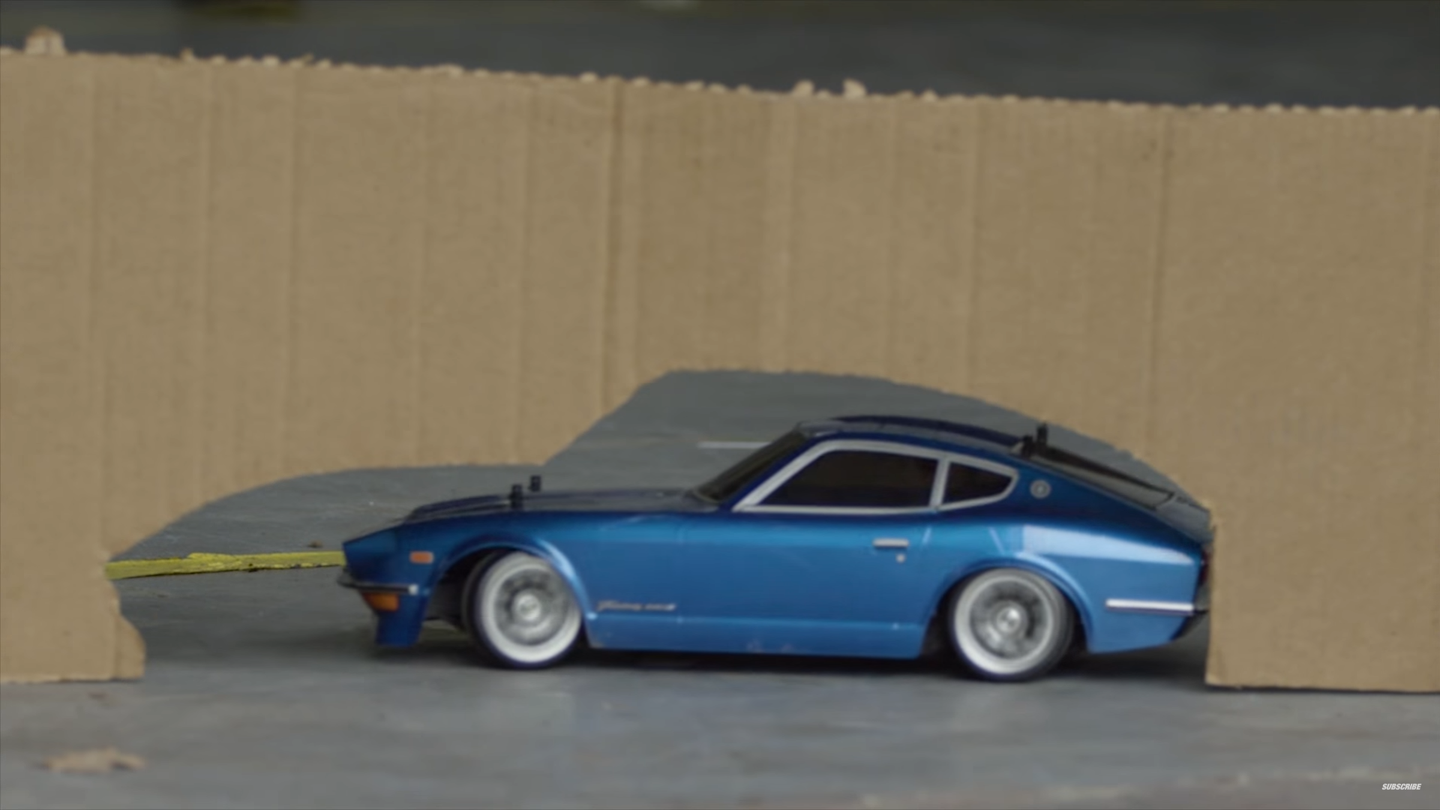 One of Top Gear's best moments in its already-great season was the challenge set for Chris Harris in episode two, where he had to drift an Alfa Romeo Giulia Quadrifoglio through a car-shaped cutout in a wall. Not only did we get to see the Alfa slide over and over again, but the segment also yielded a few hilarious mistakes and one hell of a finish when Harris finally pulled it off. Now the producers have returned with a sequel—only this time in 1/10 scale, pitting Rory Reid and Chris Harris head-to-head to see who can slide a radio-controlled Nissan 240Z through a piece of cardboard.

Rory Reid played evil umpire in the first video, watching the whole thing from a stilted chair and poking fun at Harris over every missed attempt (and especially the smashed windshield). This time, the two hosts get a few solo practice sessions before going up against each other for all the marbles. Precision drifting in a real car is incredibly difficult, but honestly, it seems like sliding a tiny RC car using the standard twin-stick controller is even tougher. There are purpose-build RC drifters out there, but the distance between the real thing and the scale-model facsimile is pretty stark, if Harris's attempts are any indication.

Reid at least manages to get the little Fairlady sliding in the general direction at first, while Harris keeps plunging straight ahead into the wall or missing it entirely. Once it's time for the actual competition, Reid shocks everyone (including himself, probably) by nailing a perfect drift through the cutout on his first try. We have to admit, it's incredibly satisfying to watch him succeed, and the slow-motion replay revealing a slight reverse-entry approach and fully-locked steering wheels is the cherry on top. Unfortunately for Harris, he can't quite get the hang of it despite Reid's "helpful" advice.

The finale for Top Gear's 24th season airs this Sunday across the pond on the BBC, but as usual, those of us Stateside will have to wait another week (or resort to more questionable methods) to tune in.