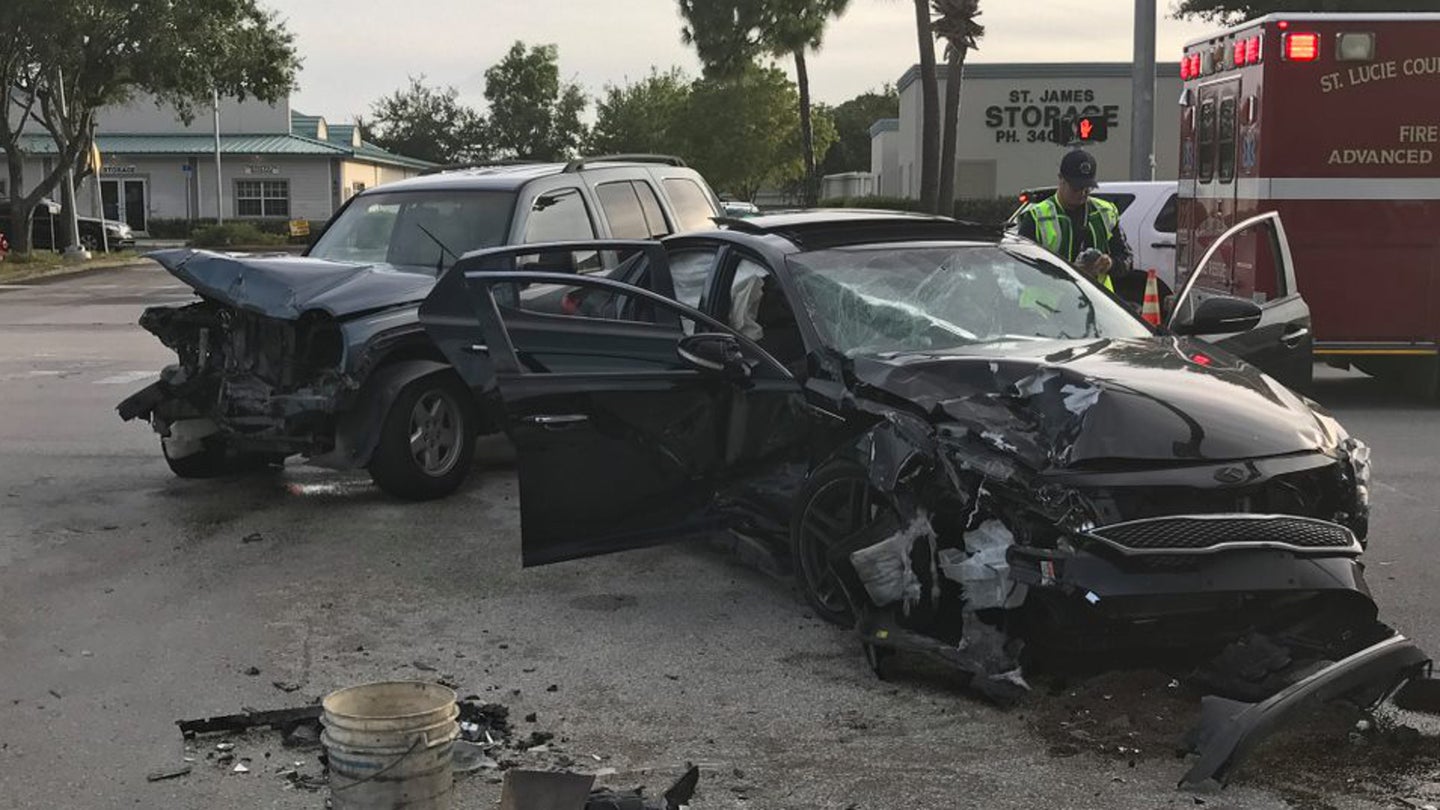 Oh, Florida—the land of sunshine, Disney World, and far too many underage drivers these days. Police in Port St. Lucie were understandably surprised yesterday when they responded to the scene of a three-car accident and discovered a 12-year-old girl behind the wheel of the car that caused the chain-reaction crash.

According to police, twenty-year-old Brittany Ashley Powell was watching the intrepid tween along with two younger girls when she had the bright idea to let the oldest drive everyone to a nearby Circle K gas station for "beverages." Right. Powell rode shotgun with the 7 and 11-year-old in the backseat as they amazingly reached the store without incident.

Unfortunately, the trip home was a different story. From the police description and pictures, it looks like the 12-year-old drove into oncoming traffic while trying to negotiate a left turn and struck another car head-on, which in turn hit a third car in the intersection. Powell, the three children, and three occupants from the second car all ended up in the hospital with minor injuries. Considering the fact that neither Powell nor her young chauffeur were wearing seat belts, they're incredibly lucky.

Police hit Powell with a misdemeanor criminal traffic citation for letting a preteen behind the wheel, and it's entirely possible she'll face other charges including child endangerment on top of that. Meanwhile, that 12-year-old who drove a third of the way across Australia alone is shaking his head in disappointment.