Christmas Gift Shopping? Here’s a 2006 Ford GT Made Out of Solid Gold 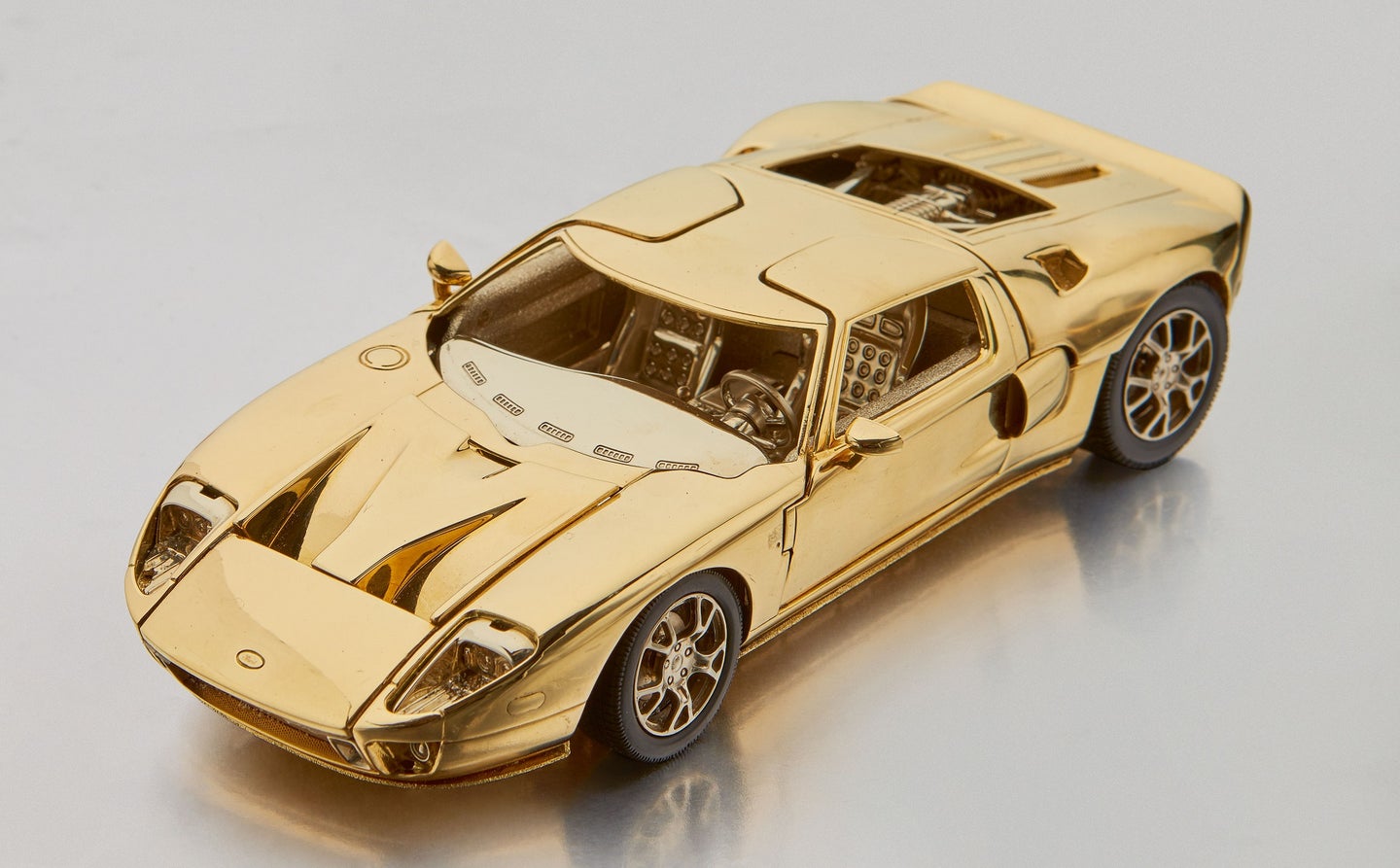 A rare, one-off 2006 Ford GT is currently accepting online bids on Sotheby's virtual auction block. However, this isn't your average Ford GT; but one that you can't drive and even fits in the palm of your hand. Oh, and it's estimated to sell for "only" $30,000 to $40,000.

The GT in question is an 18k gold, 1/25th scale model of Ford's popular supercar. According to the online listing, the charming little guy is being offered by a direct descendant of Henry Ford himself, although no detailed information or names are mentioned by the auction house.

The pricey collectible was made by Ahee Jewelers of Grosse Point, Michigan with two-tone gold and utility in mind, as all of the car's openings actually move. The doors, trunk, and hood all open to reveal even further detail like the interior and other interesting bits. The rear clamshell opens to reveal a detailed engine, suspension, and braces—while the interior reveals an extremely detailed cabin with gauges, pedals, steering wheel, seats, vents, a gear shift, and even a handbrake. Heck, even the GT's wheels are made out of gold and are wrapped in real rubber. And yes, they spin.

However, much like a sports car that's seen some miles, the golden Ford GT isn't flawless. Sotheby's reports some minor issues with the car, such as surface scratches found across the hood and the door hinges have worn to the point they rub against the body of the car when opened. Luckily, for those hoping to take it for a spin the tread on the tires remains fresh.

While it may not set the charts on fire like the VIN001 2019 Ford GT Heritage Edition will at Barrett-Jackson's January Scottsdale auction, it will most likely catch the attention of some brand aficionados.