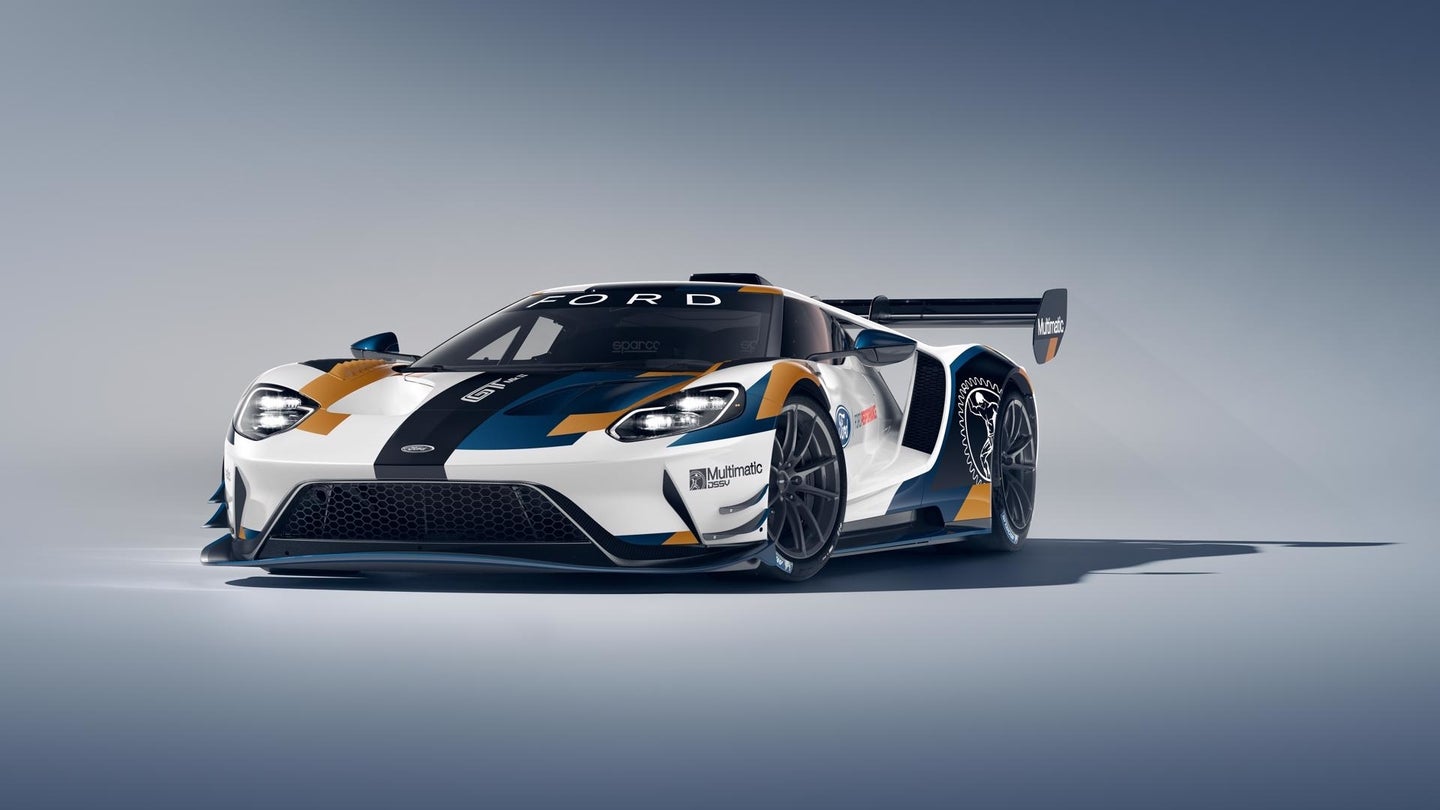 Neither racecars nor road cars are the best that the manufacturer can build. Racecars are limited by technical regulations. Road cars are limited due to legal regulations. But what happens when you want to build something that truly shows what your engineers can do? You build something along the lines of the $1.2 million, 700 horsepower, track-only 2020 Ford GT Mk. II. Wowza.

Revealed at the Goodwood Festival of Speed, the Ford GT Mk. II is the first Ford product to ever be sold from the factory with an asking price of over a million dollars. For that hyperventilating inducing price, customers get something Ford and technical partner Multimatic state “delivers the full performance potential of the Ford GT in a track-only version engineered independent of race series rules, regulations, and limitations.” Essentially, this is the car Ford would’ve loved to have built to race at Le Mans, Sebring, Spa-Francorchamps, and for razing your local canyons. 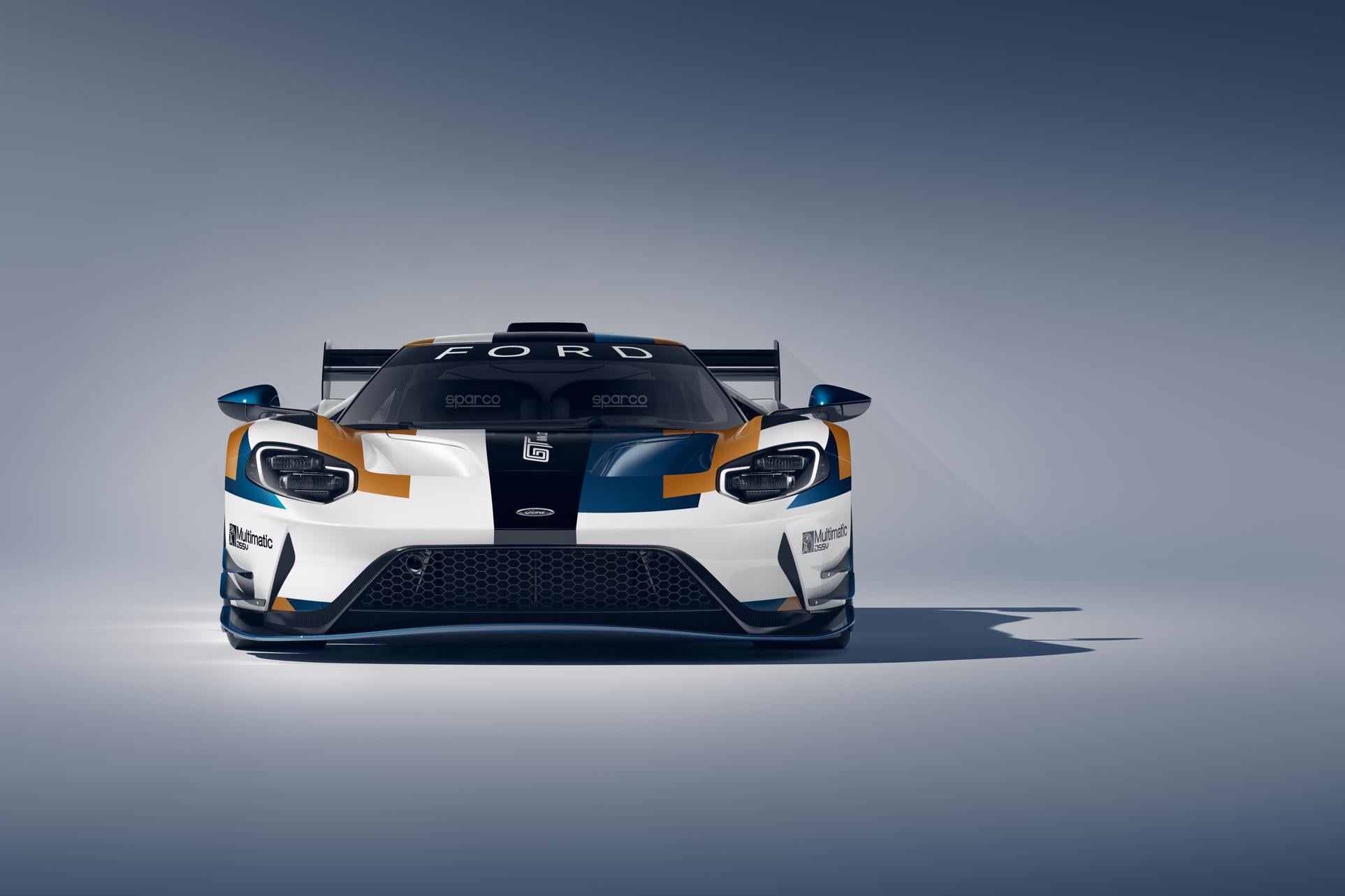 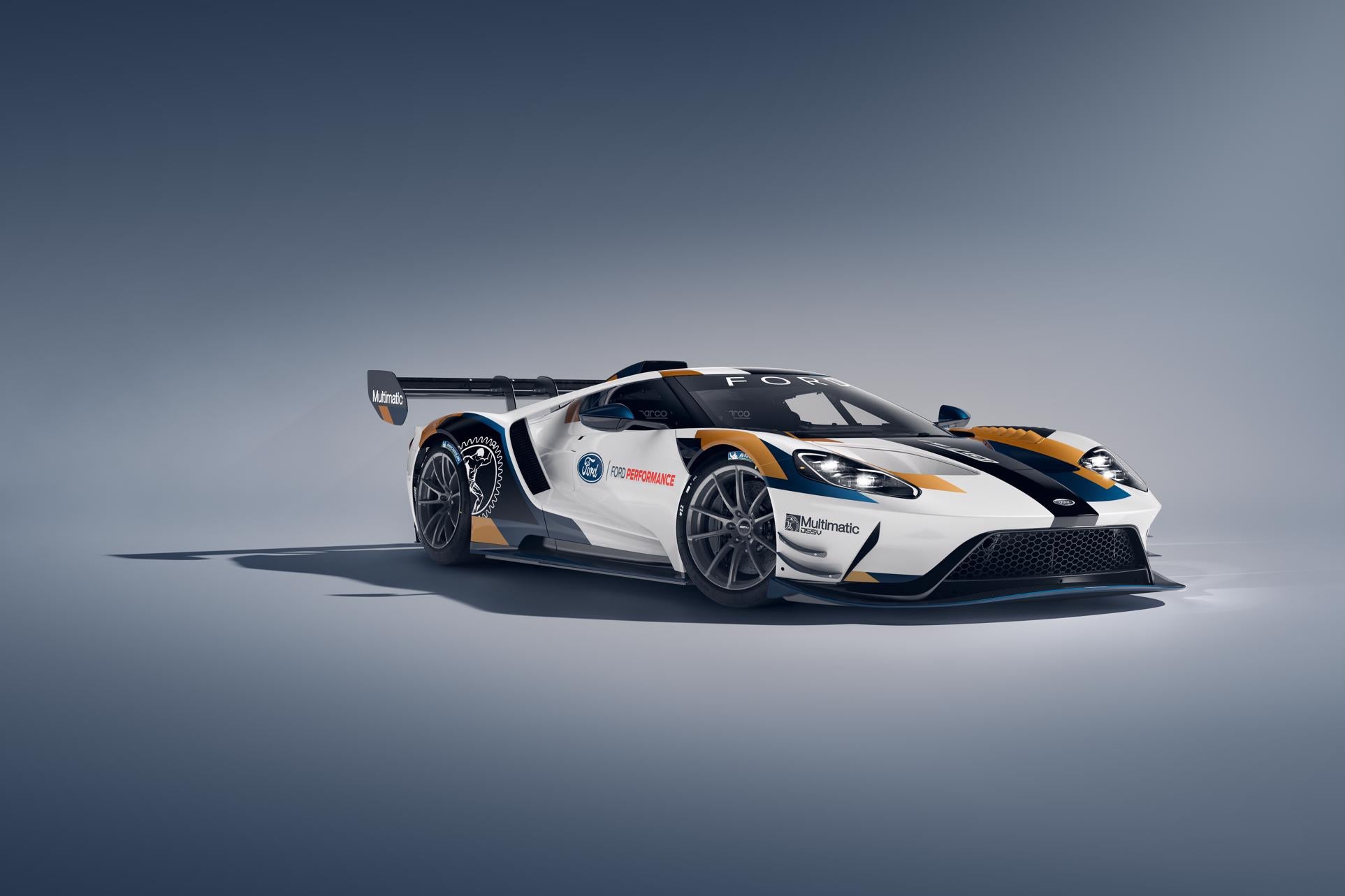 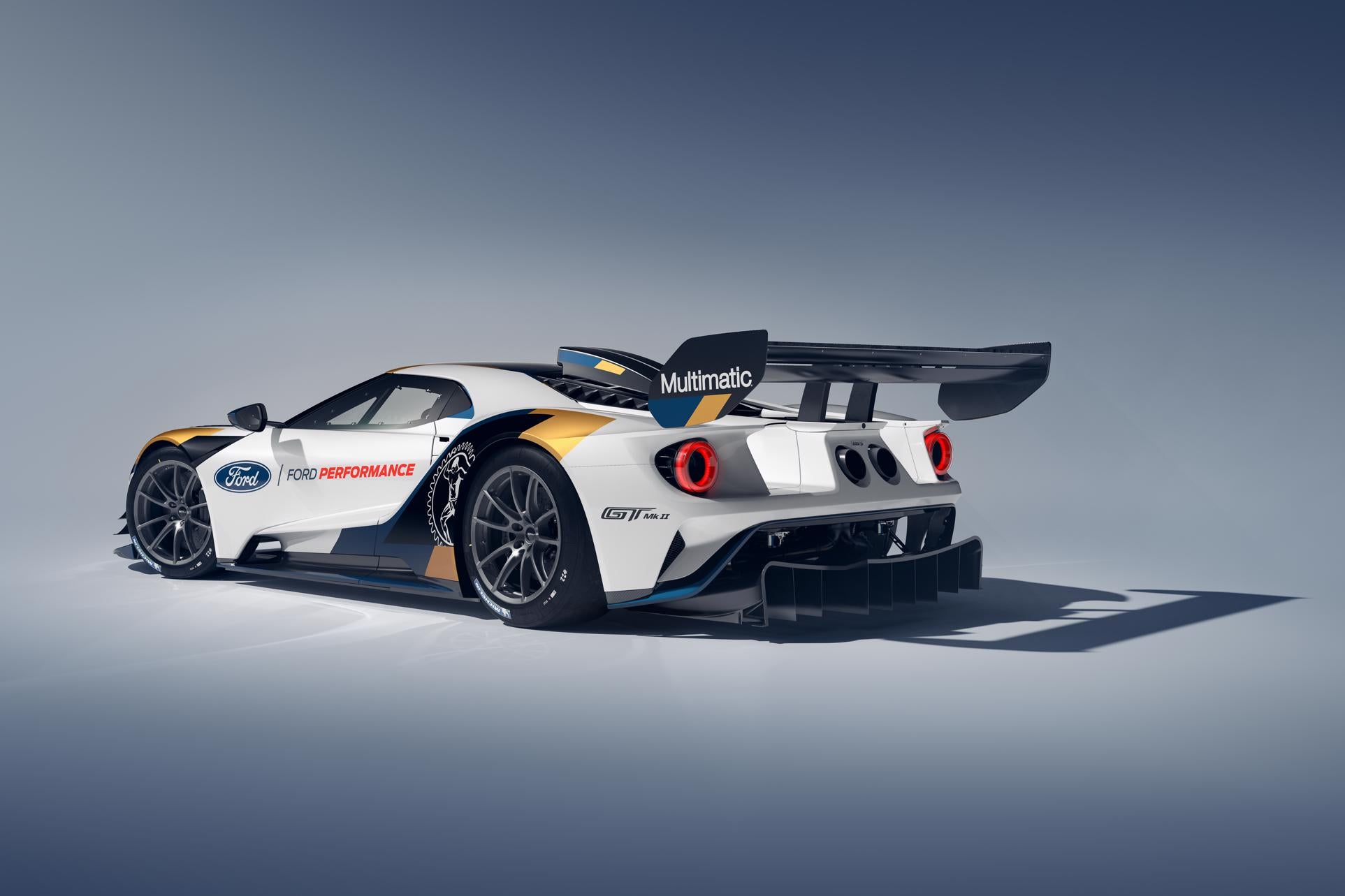 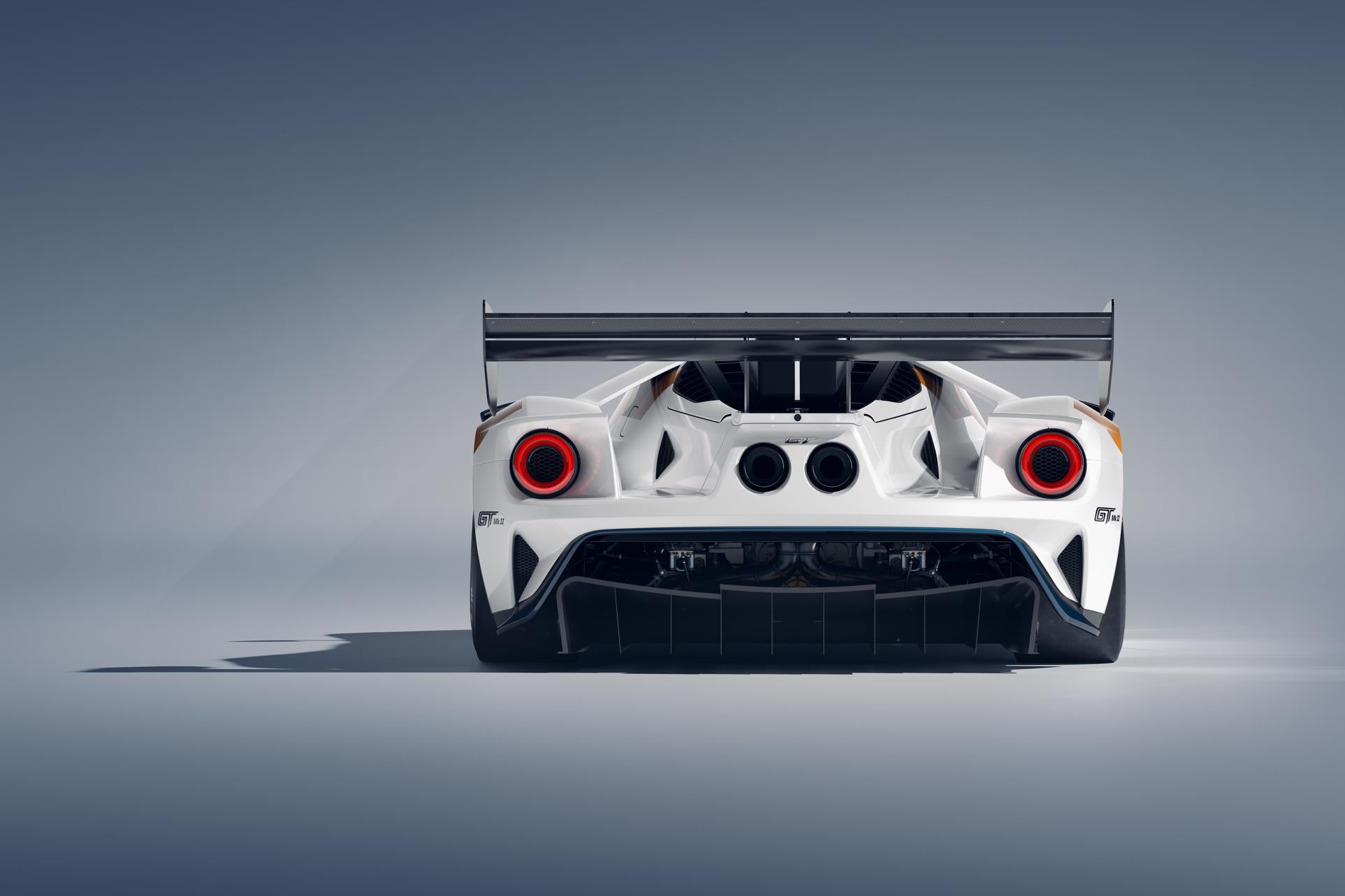 At the back between the Ford GT’s flying buttresses is the same twin-turbocharged 3.5-liter V6 EcoBoost as customers got in the standard road car and indeed the racecar. However, because Ford threw out the rule books, the EcoBoost now produces 700 horsepower. That’s a 53 horsepower jump from the road car’s 647 rating. And though that’s quite a lot for a car that’s been thoroughly lightened compared to its already featherweight road-going sibling, we do have to point out that even in this configuration the Ford GT Mk. II makes less horsepower than the upcoming Ford Mustang Shelby GT500’s 760 horsepower supercharged 5.2-liter V8.

Ford and Multimatic weren’t, however, about to stop at giving the Ford GT Mk. II just a little extra power. According to the two companies, the Ford GT Mk. II saw a host of aerodynamic enhancements, including that gigantic fixed rear wing, a revised front splitter leading to a stupendous rear diffusor that looks as if it was removed from the Le Mans-winning car, and a centrally located top-mounted engine intake. Those aero changes represent a 400-percent increase in overall downforce, sticking the Ford GT Mk. II to the tarmac like already chewed gum on a hot July day.

Moving inward, the two companies pulled over 200 pounds of unneeded weight from the supercar, mostly from removing the adjustable hydraulic shocks. In their stead are a set of 5-way manually adjustable Multimatic-sourced DSSV race shocks that have a fixed race-spec ride height. At all four corners are the road car’s carbon ceramic brakes and the lightweight wheels are shod with a race-spec Michelin Pilot Sport GT tire that allows the Ford GT Mk. II to pull a stomach-churning 2-plus Gs of lateral force. We hope you haven’t skipped neck day.

The Drive reached out to Ford to ask whether or not the company would be training prospective customers to handle the immense rigors of the new Ford GT Mk. II. Even the average supercar owner would likely find the Mk. II's capabilities well-past their own, to which a Ford spokesperson said, "We are investigating the potential for a GT Mk. II specific driving school." Furthermore, when asked about the million dollar price, the spokesperson said, "Ford is proud to offer the Ford GT Mk II. The strictly-limited edition, track-only version of the Ford GT answers the question of how much pure performance is in the Ford GT. The price is simply the result of developing a unique vehicle featuring the best elements of the Ford GT race car as well as the production Ford GT. Customers are purchasing the essence of a Le Mans-winning race car with the Ford GT Mk II."

Ahead of the Ford GT Mk. II's launch, Hau Thai-Tang, Ford's chief of product development, said, “The Ford GT Mk II unleashes the full performance potential of the Ford GT without any artificial performance limitations dictated by racing sanctioning bodies. It’s the closest GT owners can get to the LeMans-winning performance and exhilarating feeling of crossing the finish line in the Ford GT race car.”

Multimatic’s Chief Technical Officer, Larry Holt, added, “The true off-the-hook performance capability of the GT hasn’t yet been fully showcased. The road car is obviously limited by the many global homologation requirements that it must comply with, and the race car suffers from the restriction of the dreaded Balance of Performance, resulting in it being 150 horsepower down to the road car. The Mk. II answers the regularly asked question of how would the car perform with all limitations lifted: the answer is spectacularly.” 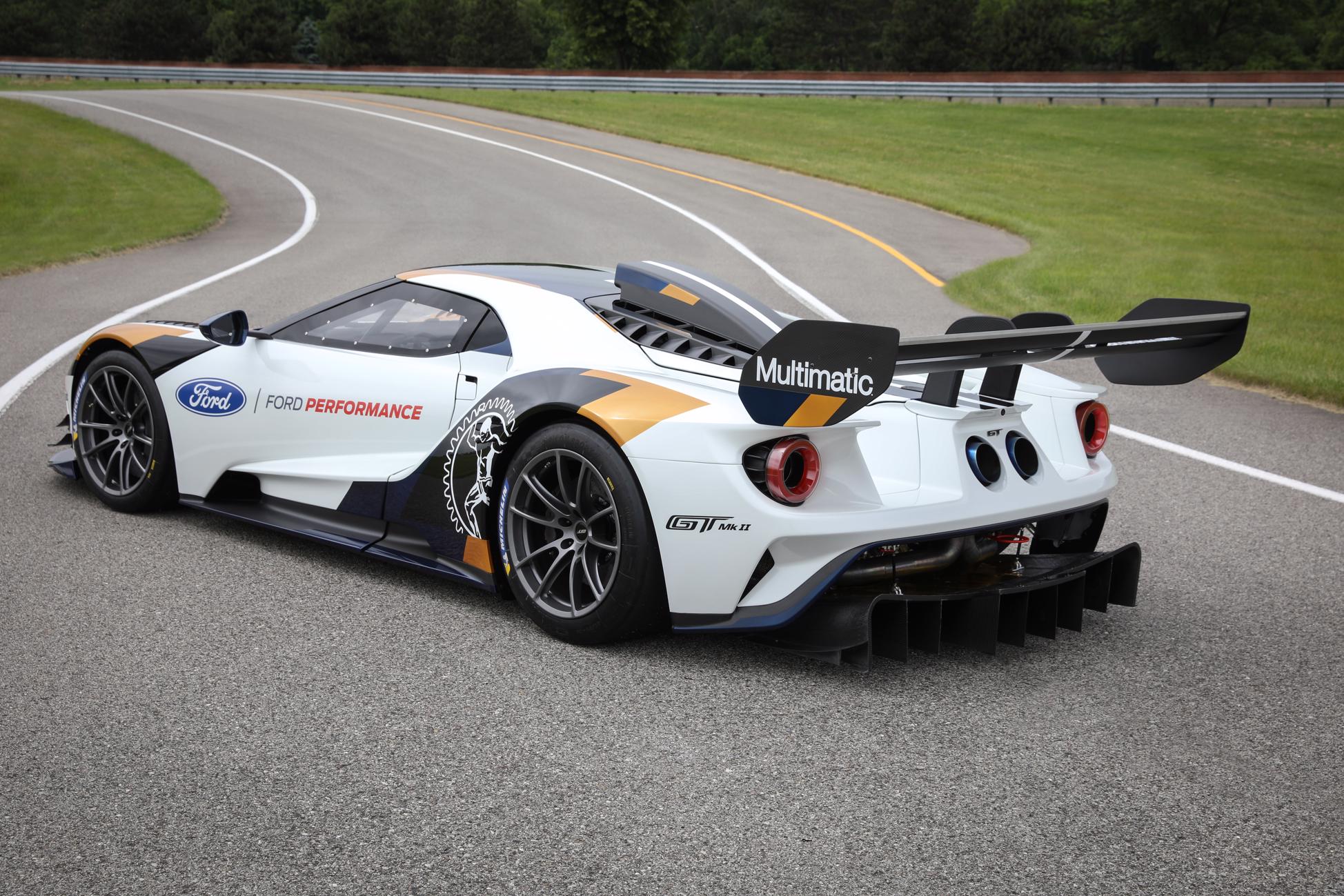 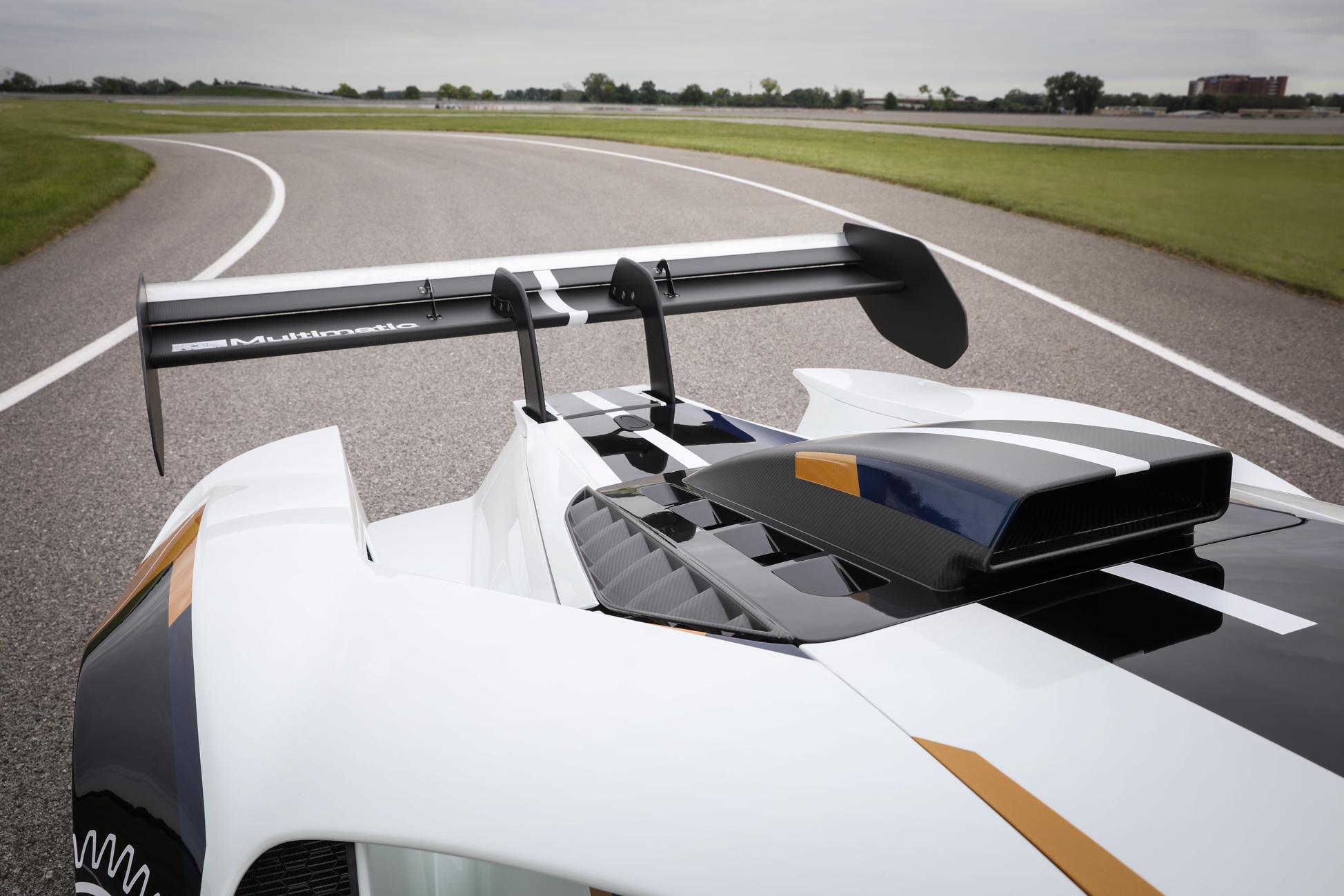 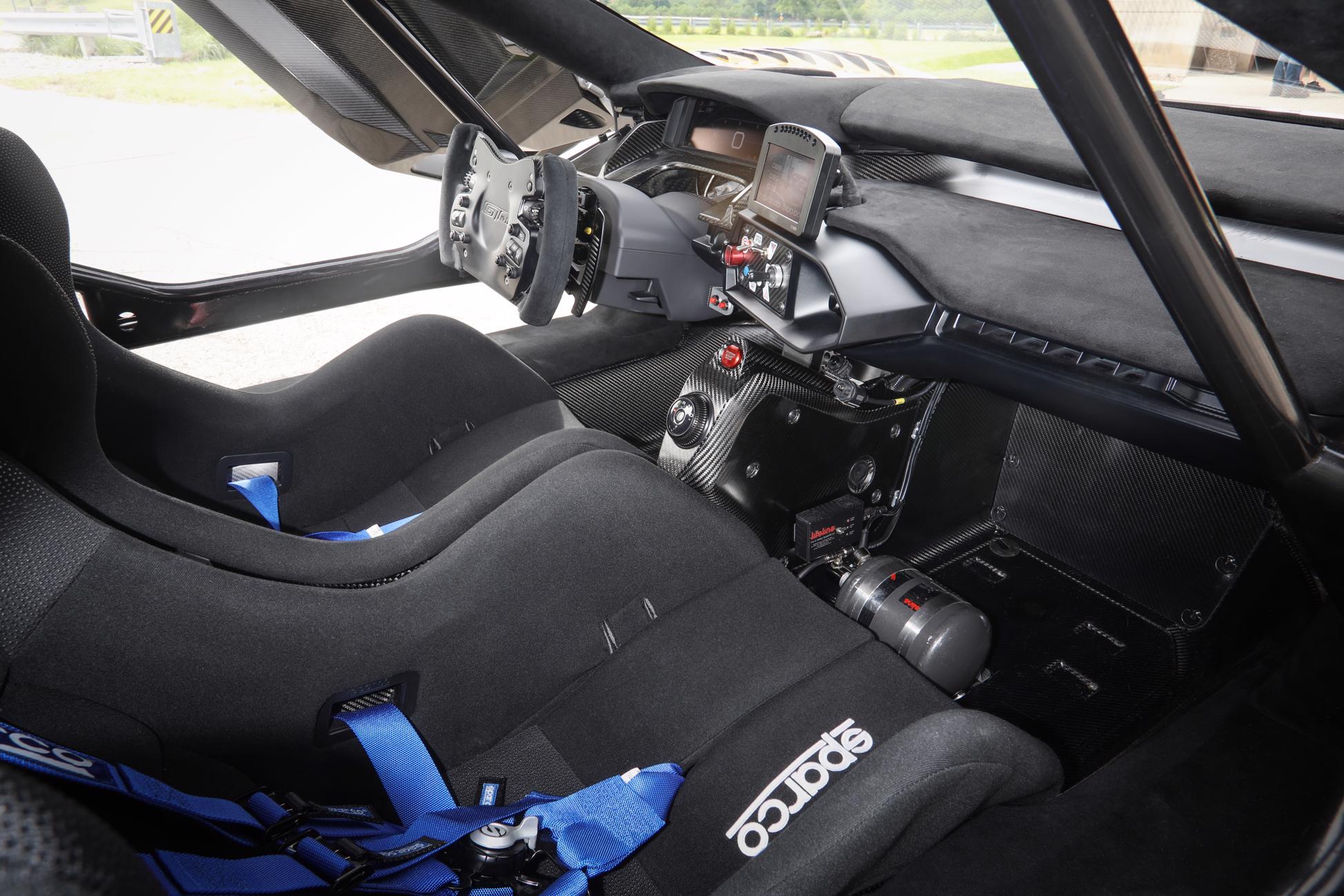 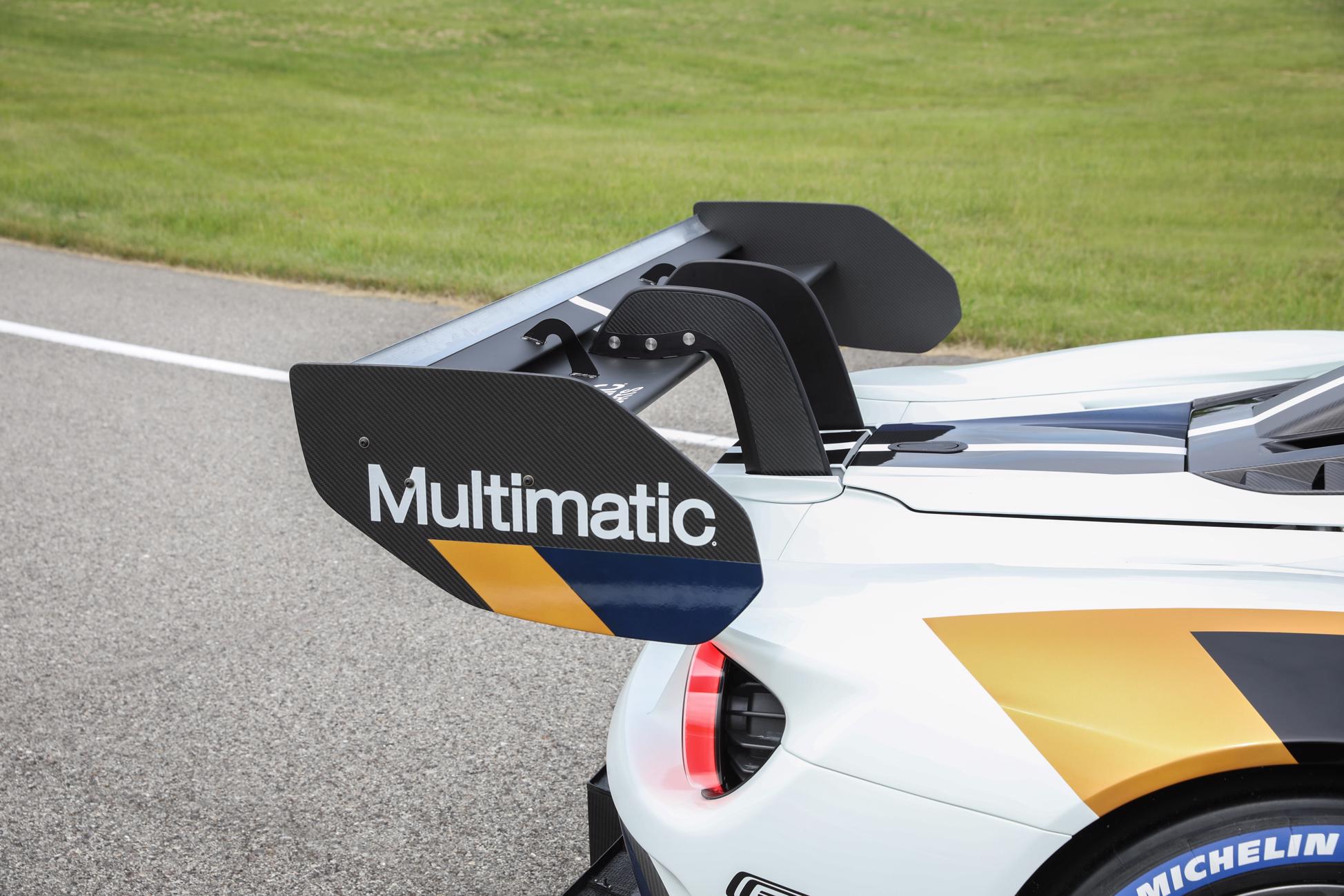 Aside from the million-dollar-plus price tag, Ford and Multimatic have stated that only 45 of these race-bred Ford GT Mk. IIs will be built. Most are already spoken for according to The Drive's source at Ford. However, "Multimatic is taking orders for the vehicles. A limited number are still available at the time of the reveal." As such, this is going to be a rare machine, indeed. The Drive's same source says that the first five Ford GT Mk. II's will be delivered December of this year, while the rest will be parsed out in "increments" of 15 cars per year based on Multimatic's production timelines.

Let's just hope Ford lets a few of us lowly automotive writers get behind the wheel before these pricey examples of American engineering get mothballed or put into a never-ending legal feud between John Cena and Ford. Hint, hint, Ford.