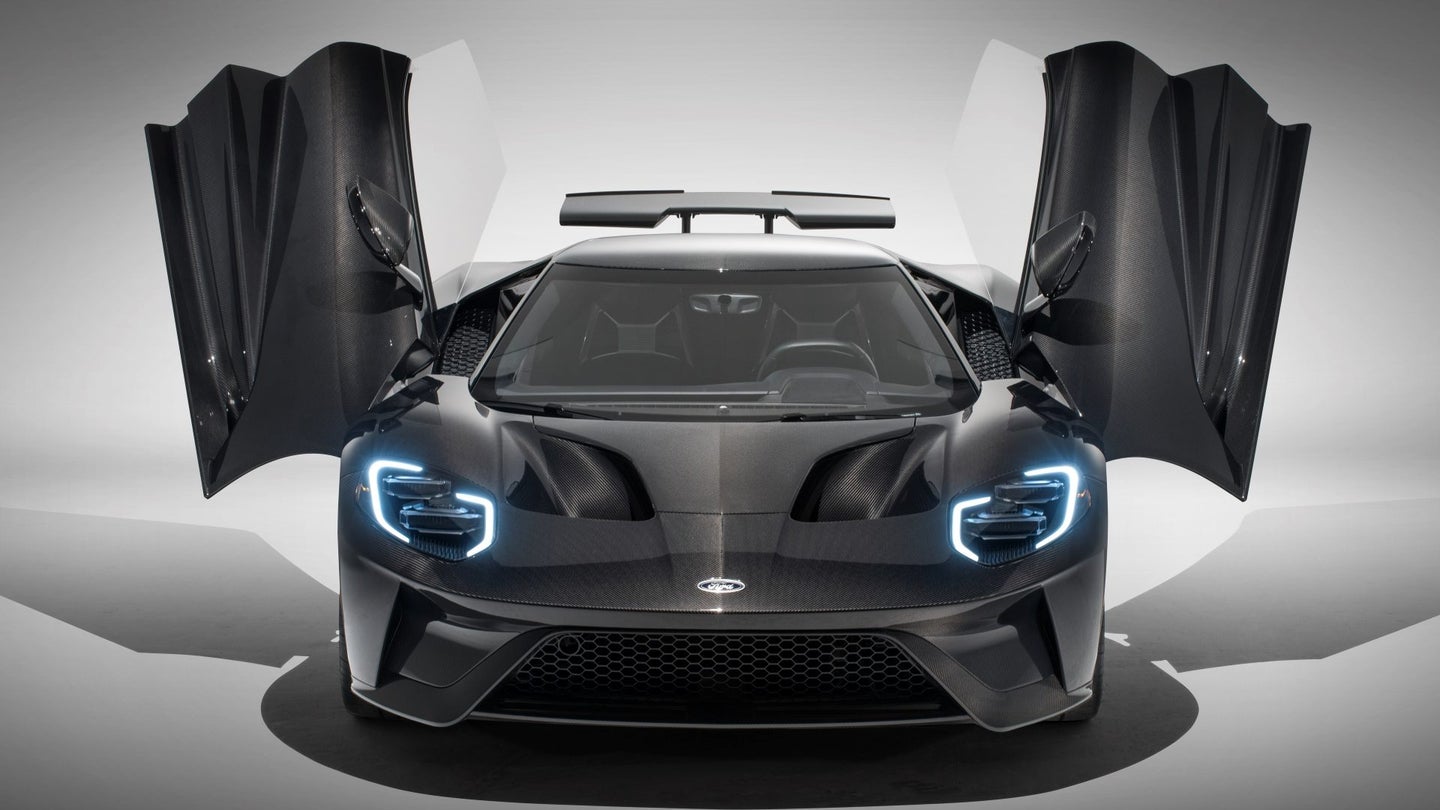 While the rest of the company comes to grips with massive financial losses and dirty Buffalo wings, Ford Performance—as an anonymous source hinted to The Drive back in October—has been quietly working on improving its GT supercar. Say hello to the slightly more powerful 2020 Ford GT.

Not only does the 2020 GT make more peak power but it'll apparently be able to maintain that performance for longer periods of time thanks to improved cooling and airflow. New buttress ducts boost airflow by 50 percent while bigger intercoolers help the V6 cope with the high temperatures it has to endure under hard track duty. A titanium Akrapovic exhaust that's nine pounds lighter than the old piping is now standard equipment as well.

Ford has also made additions and changes to the GT's color options, introducing a Liquid Carbon "paint" job and revising the blue-and-orange Gulf Racing livery. Liquid Carbon is...just that, unpainted carbon fiber sealed under a clear coat. As a sucker for both unpainted carbon and flying buttresses, this looks unquestionably rad. Naturally, the lucky buyers who opt for Liquid Carbon get the carbon wheels as standard. In a change that we suspect only the nerdiest of Ford nerds will notice, the Gulf color scheme now features a black pinstripe in between the blue and orange elements as a callback to the GT40 that won Le Mans in 1968 and 1969. In addition, the optional number "9" emblazoned down the side of the GT has now been flipped, matching the "6" on the historic race car.

Did the Ford GT need to get a mild power bump or mid-cycle refresh? Probably not. Are we glad it did and hoping Ford sees it as an excuse to put us in one? Hell yeah.

[UPDATE 02/06/2020 9:00 AM EST: Turns out, Liquid Carbon is so labor-intensive that Ford told press at the Chicago Auto Show it doesn't expect to build more than a dozen naked GTs per year.]

Ford’s explanation? It did bad because it did not do good.

Watch and Listen to a $1.2M Ford GT Mk. II Roar Around a Track

Wild aero and 700 hp make for a good time at The Thermal Club in California.