Watch and Listen to a $1.2M Ford GT Mk. II Roar Around a Track

Wild aero and 700 hp make for a good time at The Thermal Club in California. 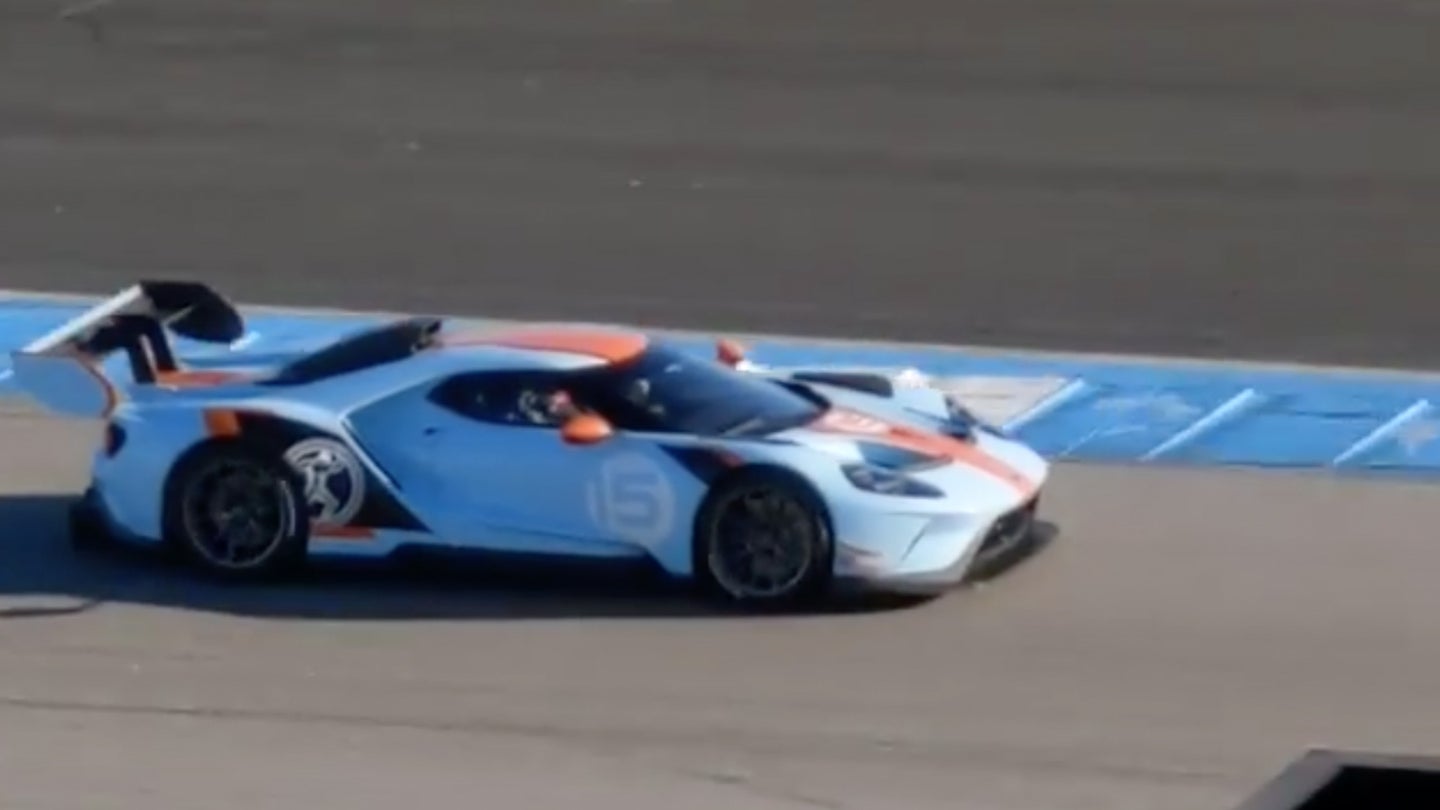 Ford surprised us all with the ultimate version of its GT supercar, named the GT Mk. II, at Goodwood last year. Since then, we've been eagerly awaiting to see one in the flesh or, in the very least, online in the hands of an owner who's not afraid to drive their million-dollar exotic. Our prayers seem to have finally been answered as this Instagram clip shows a beautifully blue GT Mk. II at The Thermal Club in California.

The cars are on sale now, but their rarity and cost mean that we won’t likely see too many more videos like this one. This Mk. II is wearing a Gulf-inspired livery and a decal with the number 15. In the Instagram post, we can at least see and hear it launch off around the first corner.

The Mk. II takes the already bonkers formula of the “standard” Ford GT to an entirely new level. The 3.5-liter EcoBoost V6 produces 700 horsepower, and the car’s more aggressive aerodynamic bodywork is said to generate over 400 percent more downforce than the original GT. There’s also a roof-mounted intake that sends cool air to the auxiliary engine cooling system, along with the clutch and transmission coolers.

If you’re thinking that the Mk. II sounds an awful lot like a race car, you’d be right. The car was designed for track performance at the expense of all else, and couldn’t be driven on the street anyway because it’s not road legal. One look at the interior will show you why: There’s a sport seat, a full cage, a small display, and not much else. The passenger seat is optional and the five-point racing harness would be a real pain to deal with on a daily basis.

Even with access to a track and at least $1.2 million to cover the starting MSRP, getting ahold of one isn’t easy. The Ford GT is limited to 250 units per year, all of which are spoken for well in advance, but the Mk. II will be held to 45 vehicles overall, which makes it a true unicorn. At least we can listen to the car’s owners showing off in videos like these.