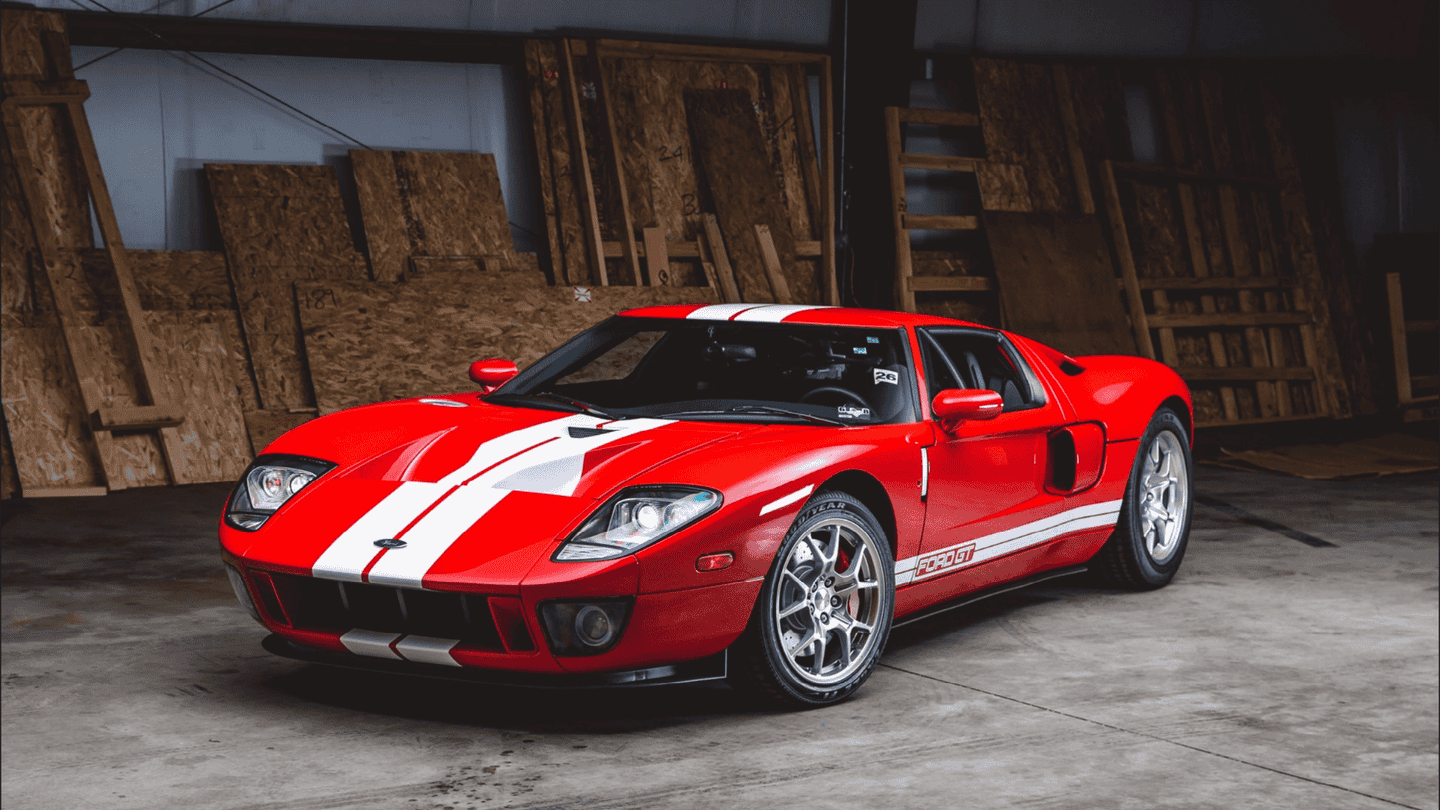 For those that just can't get on board with the newest Ford GT supercar due to its funky design and twin-turbo 3.5-liter V6, the previous-gen will almost certainly do the trick. Now a bonafide collector's item, the retro-styled hunk of American sheet metal touts a proper V8 and even a manual transmission, a rarity for modern high-end speed machines. And given its exclusivity, you're unlikely to come across them on your daily commute—especially an example as nice as this extremely low-mileage GT that's heading to RM Sotheby's Auburn Fall 2019 auction.

All things considered, this may actually be the least-used 2006 Ford GT in existence. The odometer reads just 11.7 miles on the red and white-striped model, meaning its blown 5.4-liter V8 and six-speed gearbox haven't even been broken in yet. It's also unlikely that they ever will, though, because this isn't the type of piece that a well-off car nut will buy to hit the road on a coast-to-coast adventure. Instead, it'll spend the rest of its days in a garage or car hauler to ensure that not even a tenth of a mile is added to the car's ornamental odometer.

With that being said, RM Sotheby's claims this to be plenty special for other reasons, too. It's apparently just one of 327 cars built in this paint scheme for 2006, and the listing boasts that the GT is a "fully equipped, four-option example."

This generation of the Ford GT, if you didn't know, was built to honor the Le Mans-winning, Ferrari-beating GT40 from 1966. It received high praise from critics and customers alike thanks to its handsome styling, 550 horsepower, and analog driving setup. A zero to 60 time of 3.3 seconds and a top speed of 205 miles per hour meant that it was one of the fastest supercars in its heyday, and it's all but impossible to get one now for its original asking price.

The car for auction here is expected to fetch between $280,000 and $340,000—a good amount less than the price of a brand new GT. Plus, if you've got a hankering for old-school power and could care less about active aerodynamics, this is the one you'll want anyhow.