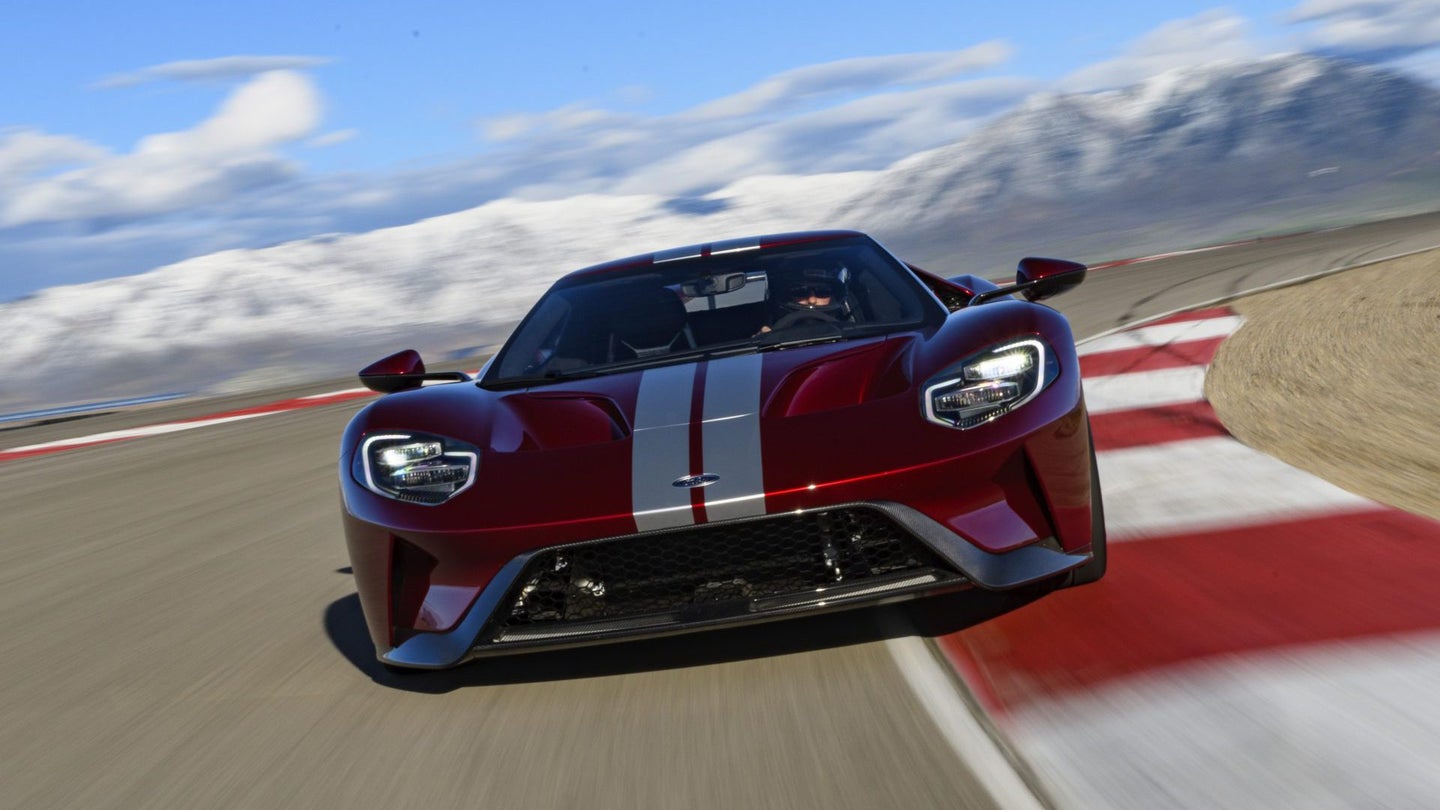 The modern Ford GT is no Mitsubishi Mirage, but the debut of the 760-horsepower 2020 Ford Mustang Shelby GT500 has called its performance figures into question a bit. After all, the super-pony is now the most powerful Ford ever. So what's left for the 647-hp Ford GT? Possibly a lot, as a source within Ford has let it slip that there might be some sort of skunkworks Ford GT looming on the horizon.

Speaking with The Drive at the Mustang Shelby GT500 launch earlier this week, our anonymous source strongly hinted that the automaker is “not done” with its carbon fiber supercar after being pressed on the power gap between the GT500 and Ford GT. They pointed out that the Ford GT was designed to race and win at Le Mans, so series homologation rules and regulations had to be considered during development. However, they added the car “wasn’t” racing anymore following the end of the 2019 WeatherTech SportsCar Championship and the World Endurance Championship seasons.

Asked if that means a higher-performance Ford GT is in the works—its slow-drip production is scheduled to last through 2022 after being extended to 1,350 cars, most of which have been sold already—the source said "Maybe we're not done there." The 700-horsepower, track-only Ford GT Mk. II that debuted over the summer leads us to wonder if Ford's building a street-legal version, or possibly some other variant with more power, more aggression, and more grip. Asked about that specific possibility, the person concluded with "You'll just have to wait."

The track-only car's 700-hp rating is less than the Mustang Shelby GT500, though its EcoBoost mill is by far the most powerful V6 Ford's ever built. We'd still hazard a guess that if Ford is actually cooking up a final performance edition for the GT, it'll eclipse the Mustang and reclaim the "Most powerful Ford ever" moniker. After all, it needs to serve as a halo car for two more years and ideally stay ahead of the upcoming performance variants of the mid-engine C8 Corvette.

So what else might we see on this hypothetical final-statement Ford GT aside from a power bump? A revised cockpit, added lightness, and some blatant aerodynamic changes like the Mk. II's giant fixed rear wing and snorkel air intake would all be on the table. Pricing would likely eclipse the standard Ford GT’s $450,000 starting price and possibly even that of the $1.2 million Ford GT Mk. II.

If and when we’ll see this hi-po Ford GT is still anyone’s guess. What we do know is that if our source’s statements are grounded in reality, we're in for one helluva treat.