This might be the best way to get a “new” and upgraded version of the legendary rally car without spending a fortune. 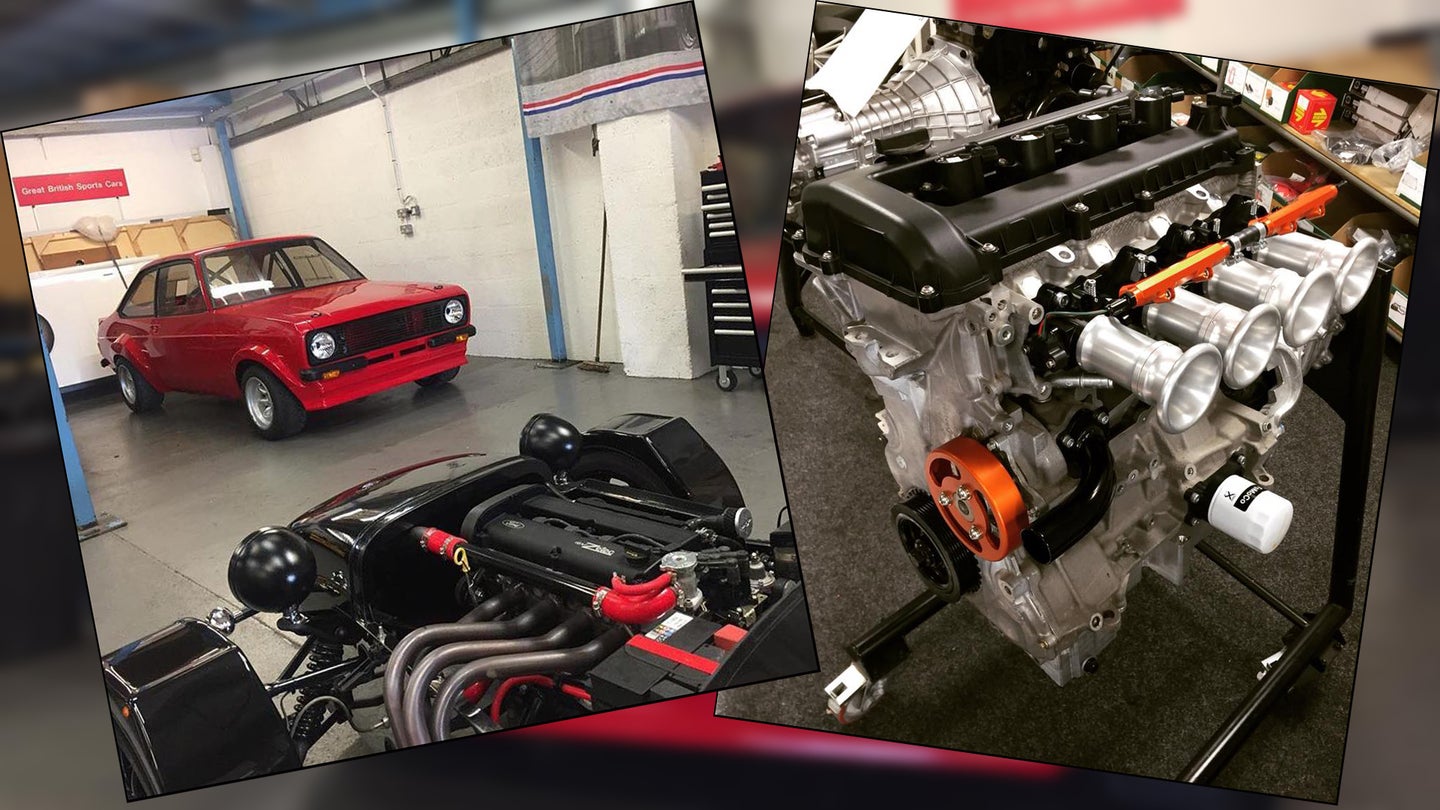 Restomod cars are one of the hottest topics these days. You have the likes of Singer building up old-school Porsches, modernizing them with newer technology and finishes while others build completely custom tribute cars, like Eagle and its Speedster which is modeled after the E-Type Jaguar. If you’re a fan of European-specification Mark II Ford Escorts and have been feeling a bit left out of the restomod wave, then you’re in luck. Motorsports-Tools.com in the United Kingdom recently teamed up with Great British Sports Cars to develop and build tuned-up Mark II Ford Escorts as cars eligible for new-vehicle registrations in the country.

According to the outlet’s Facebook post, the “new” old Ford Escorts can be registered with current plates after the firm’s been working with the British government for “Individual Vehicle Approval,” a statute that allows the production of a very limited run of vehicles categorized as passenger or special purpose vehicles. Kit cars would also fall under this category, just as another example.

The Mark II Ford Escorts will feature a Group 4 specification body shell and a brand-new 2.5-liter gasoline Duratec motor with some upgrades, including ATR billet throttle bodies and an upgraded Life ECU. It’s then mated to a Mazda six-speed manual gearbox, a high-performance axle by Atlas, AP Racing brakes, and Bilstein coilover suspension.

The Escorts will be sold as either kit cars that you can assemble and modify yourself as you put it together, kind of like a Caterham 7, or as a completed unit.

Motorsport-Tools.com touts these as excellent candidates for those looking to get started in rallying as these examples can easily be converted to meet all of the regulations.

It’s certainly caused a lot of buzz within the British motoring community. However, some have expressed concern in the Facebook post’s comment section, worrying that the car could cost well into the neighborhood of £50,000, or $63,330 USD.

Yes, those are suicide doors.

Does Icon 4×4’s Ford F-250 Restomod Put All Other Truck Builds to Shame?

But one aspect of the truck may be viewed as sacrilegious to certain enthusiasts.