But that’s why it’s so cheap! 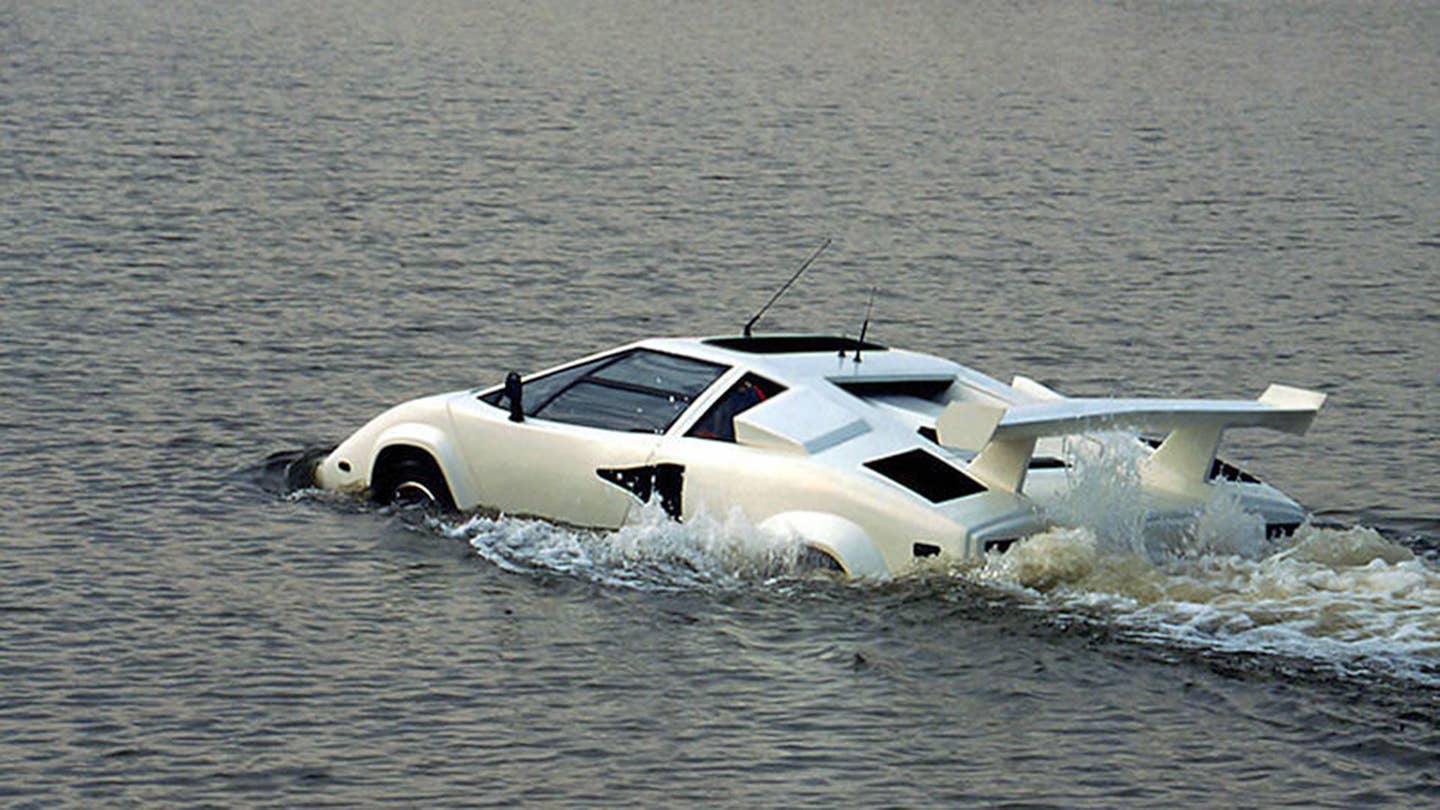 Lamborghini never offered an amphibious Countach, but as they say: That's what the aftermarket's for! Fifteen years ago, some enterprising fellow with interests on both land and water created the antiseptically-named Z1A, a Rover sports car draped with a fiberglass Countach 5000QV body. (What, USS Countach was already registered?) The standard Rover V8 powers (or, "powered"—more on that later) both the rear wheels and twin propellers. Despite promises by the seller that this wondrous hybrid has appeared on Top Gear and in the pages of The New York Times, a quick scan of the Internet yielded no footage.

After its alleged heyday in the early Aughts, the Waterborne Lambo was stored, and has not run, or swum, since. The seller provides a laundry list of problems, about what you might imagine for a Rover-based, British custom car that's spent a significant portion of its life doused in water. The wing mirrors, door hydraulics, fuel tank, fuel lines and carpet are all described as having "perished." (Rest in watery peace.) The seats are also missing—in the writer's words, "The seats have gone AWOL!!??" Maybe they tired of salty would be-sailor butts and migrated to more hospitable pastures.

There is a saying, "There's nothing more expensive than a cheap Mercedes." That is, a used car's purchase price in no way reflects its maintenance costs, so even if your $5,000, 30-year old Mercedes costs 1/3 as much as a new Hyundai Accent, it will incur all the costs of an (old) luxury car. To paraphrase: "There's nothing more expensive than a cheap amphibious Lamborghini kit car. Nothing in the whole wide world." While £18,995 might seem reasonable for a beast so visually striking and, once repaired, capable, the costs to repair and maintain such a soggy, rotten mess are likely ten times that. Or more.

Run, far away. Take to the skies—the only place this Lambo hackjob can't go.