Jan Magnussen Races, and Wins, With a Lot On His Mind 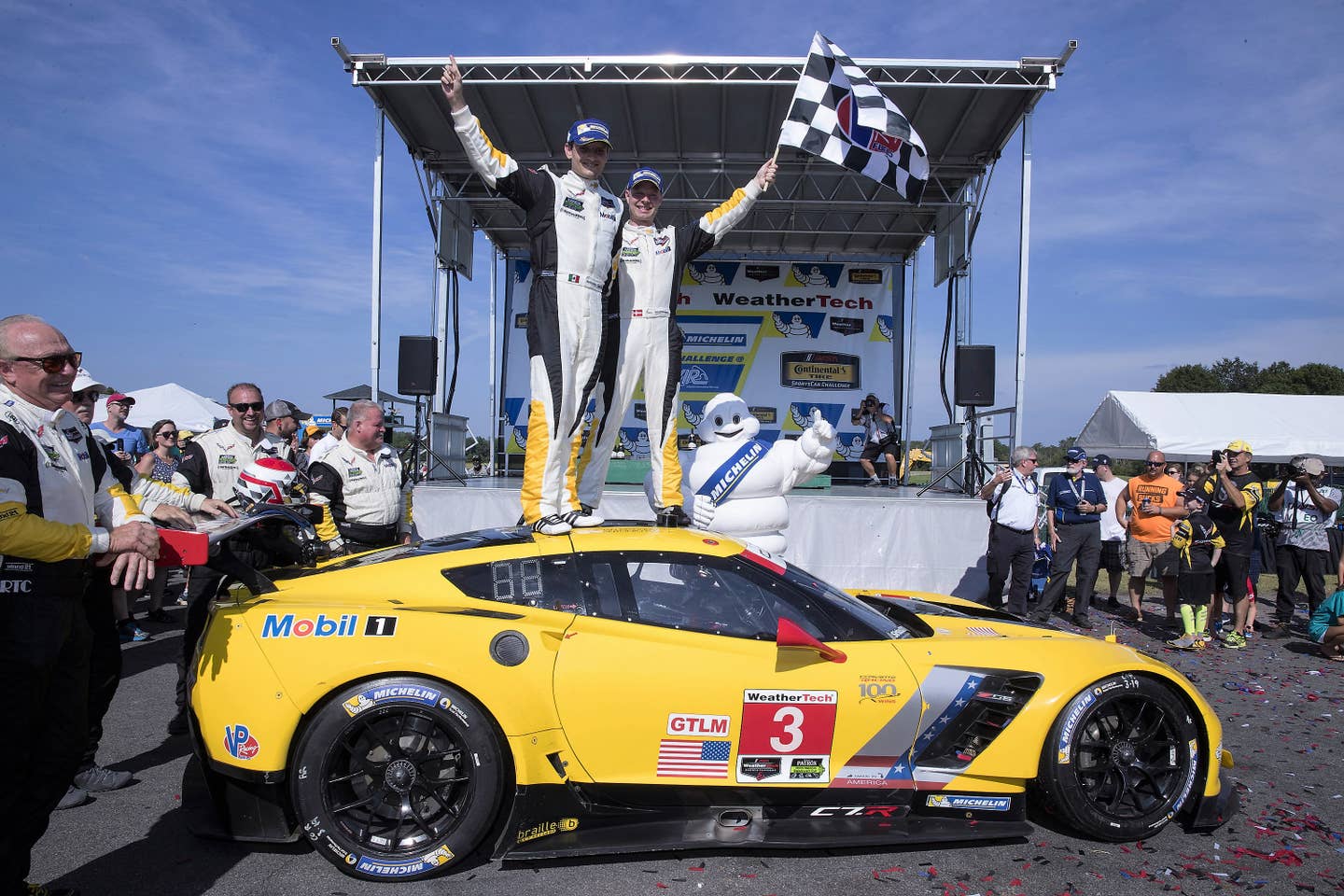 It would be enough pressure starting on the pole of the IMSA WeatherTech SportsCar Championship race Sunday at Virginia International Raceway, especially since you hadn’t won a race since the 12 Hours of Sebring in March – of 2015.

But Jan Magnussen, driver of the No. 3 Corvette Racing C7.R he shares with Antonio Garcia, had something else on his mind, too. Early Sunday morning, his son, Renault Formula 1 driver Kevin Magnussen, had one of the worst F1 crashes of the season at Spa in the Belgian Grand Prix when his car spun and hit the tire barriers with such force that the Renault was virtually destroyed, and the race had to be red-flagged to repair the tire barrier.

Fortunately, by the time Jan took the green flag in the Michelin GT Challenge at VIR, he had spoken to his son, and knew that despite some injuries and a visit to the hospital, Kevin was fine. But still…

“When I was driving the car, I didn’t think about it,” Magnussen said. “But when I was out of the car, it was certainly on my mind.”

He knows the dangers of racing, having competed in multiple series, including 24 starts himself in Formula 1.

So how did the worried dad perform on the track? Like the professional he is, driving a near-flawless first stint before turning the car over to Garcia for the rest of the race, and the overall win on a very hot day – track temperature was 133 degrees for most of the two-hour, 40-minute race.

“I’m super happy,” said the 43-year-old Dane. “It’s our first win in a long time. We have had plenty of opportunities, so I’m really pleased and hopefully this starts a streak for us now!”