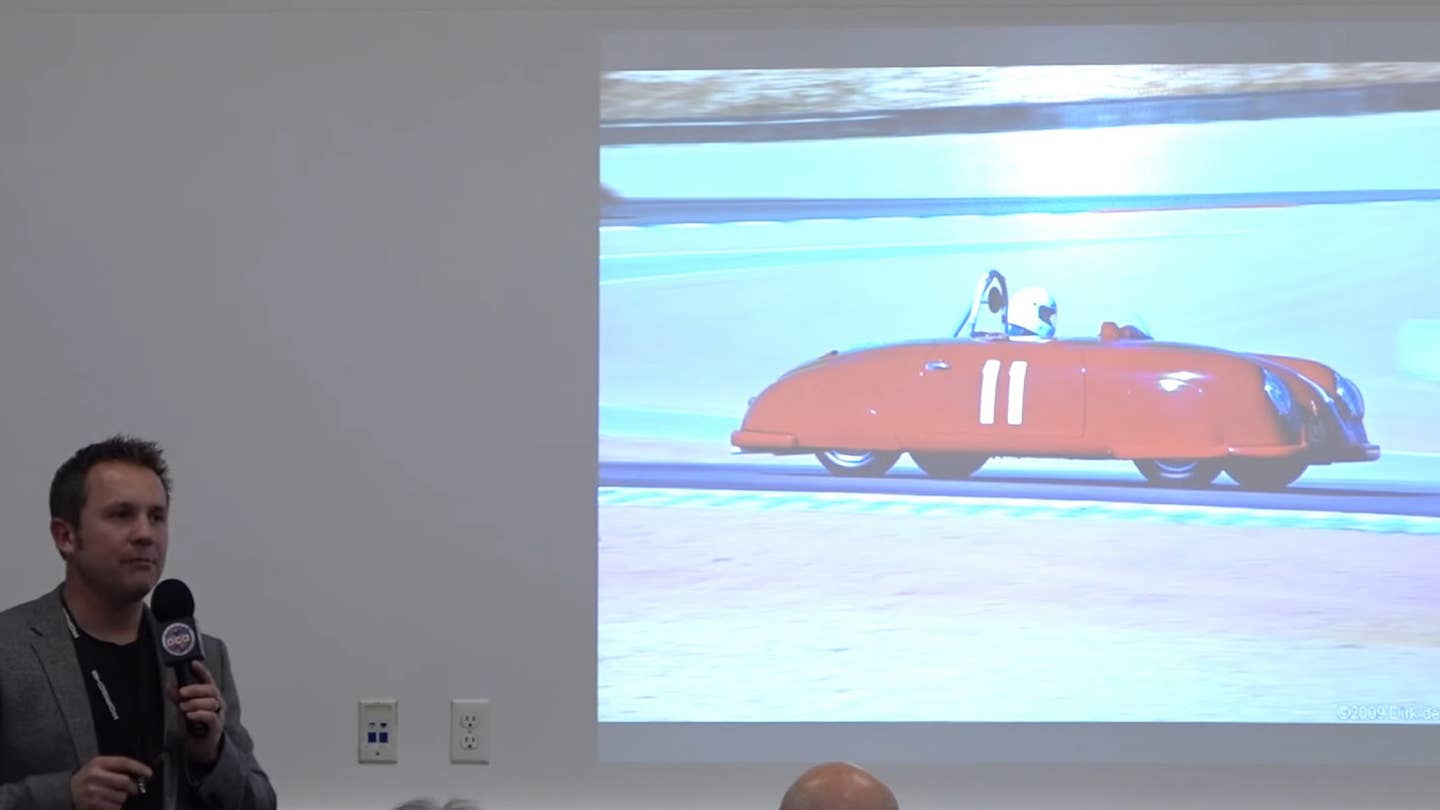 Last weekend I took the long road trip down from Reno, NV where I reside to Ontario, California just East of Los Angeles for the annual Porsche nerd convention, the Porsche Club of America's "Tech Tactics" event. While I will have more on that event in a future post, this video recently loaded to YouTube, and being that it was the main attraction of the whole weekend, I figured it deserved its own post. Thanks are due to the PCA  and their video team for quickly turning this video around and getting it out so you could enjoy it here! For those unfamiliar, Tech Tactics West has been going on for the last 6 years, and features speakers from all over the world of Porsche technology who come and try to teach the attendees a thing or two. Held this year at Porsche's own Ontario-based training facility, the talks featured tech breakdowns on the new Panamera and 718 Boxster/Cayman given by members of Porsche's own PR team, as well as a number of hyper-specific speeches about things like braking technology and theory, the history and applications of Bosch fuel-injection, and plenty more. The event has historically been one day, but demand was so high this year that they opened up both Saturday and Sunday for PCA members to sign up. Saturday sold out, and Sunday came awfully close to a sellout crowd.

In the video, the keynote speech, you see the legendary Rod Emory give a history of his family and how he came to be the world's most recognizable early-Porsche modifier and outlaw. He follows that up with how he and his shop ended up getting into restoration and race-car support. Then he tells us all about the history of a very specific car his team recently restored. Once all of the background is laid, he begins to discuss the 'how' of the restoration. Using several different kinds of modern laser scan methods mixed with old-school wood bucks and panel-beating tools, his team was able to fabricate large sections of bodywork with excruciating detail. Detail enough that the car was given an entry to the Pebble Beach Concours this summer, and ended up finishing second in its class. So what significant car is this, oh none other than Porsche's very first Le Mans winning car, the 1951 Porsche 356 Gmund SL Coupe. Seriously, if you're interested in early Porsche history, restoration, or the greater Porsche community, you owe it to yourself to watch this discussion.