What's worse is that it's built on a top-trim, limited-run Rubicon Launch Edition model. 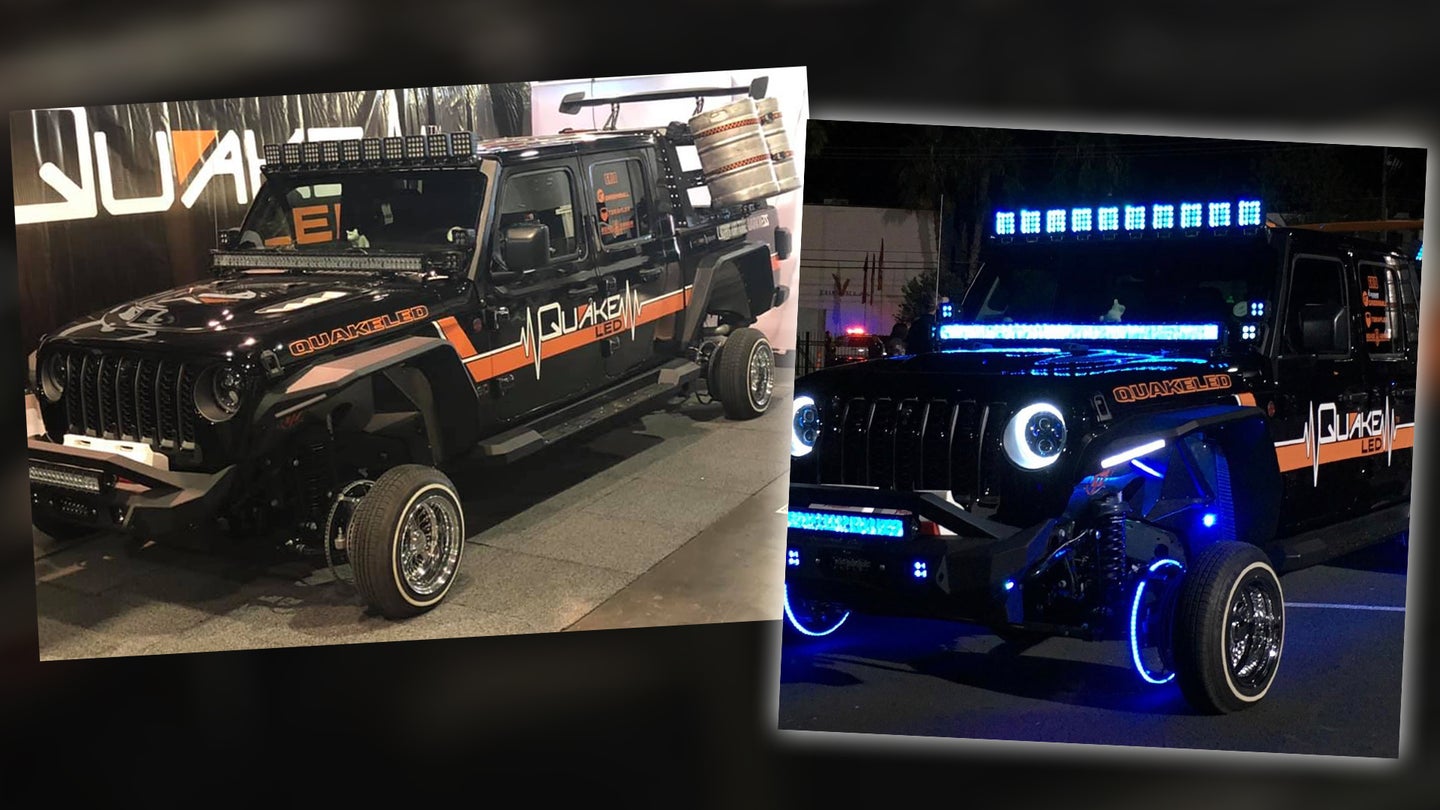 While you're just as likely to spot a Jeep Gladiator pickup at a shopping center parking lot as you are a challenging backwoods trail, most of them at least look like they have what it takes to go off-road. They were made this way from the factory with dirt, gravel, and sand in mind—but Jeep probably never considered tooling its purpose-built trucks for dragging the pavement. One Gladiator owner took this upon themselves, however, and created one of the most puzzling lowriders out there, complete with 13-inch wheels and enough LEDs to light up a runway.

We first spotted the oddball Gladiator on Facebook after it was posted by Quake LED, a sponsor of the, erm, divisive build.

After a quick peek at the company's Instagram page, a few more shots popped up with all the comments you'd expect:

"I don’t get it... was this a publicity stunt..... that vehicle was horriddddd. An abomination..."

"What a waste of machinery!"

"This is the worst thing I've ever seen."

With all the aftermarket parts fitted to the Jeep, it's hard to distinguish what trim it is—that said, earlier photos of the truck prove it to be a full-fledged Rubicon Launch Edition model of which only 4,190 were built. All the baked-in Trail Rated tech isn't doing this pickup much good with its chrome-plated Dayton wheels and 155/80-sized tires, that's for sure. Still yet, it proudly wears an aftermarket brush guard and fender flares (?).

Oh, and don't forget the high-mounted spoiler out back.

Of course, it's decked out from head to toe with multi-color LEDs, from square pods on the A-pillar to multiple light bars on the roof and hood. There are even circular lights mounted behind each wheel for extra effect.

It's probably just as easy to change this Gladiator back to off-road spec by bolting on larger wheels wrapped in all-terrain tires, but that's beside the point. The fact that the builders went through the trouble of sourcing the parts and fitting them to the hot-selling pickup is one thing, and debuting it at SEMA 2019 is another.