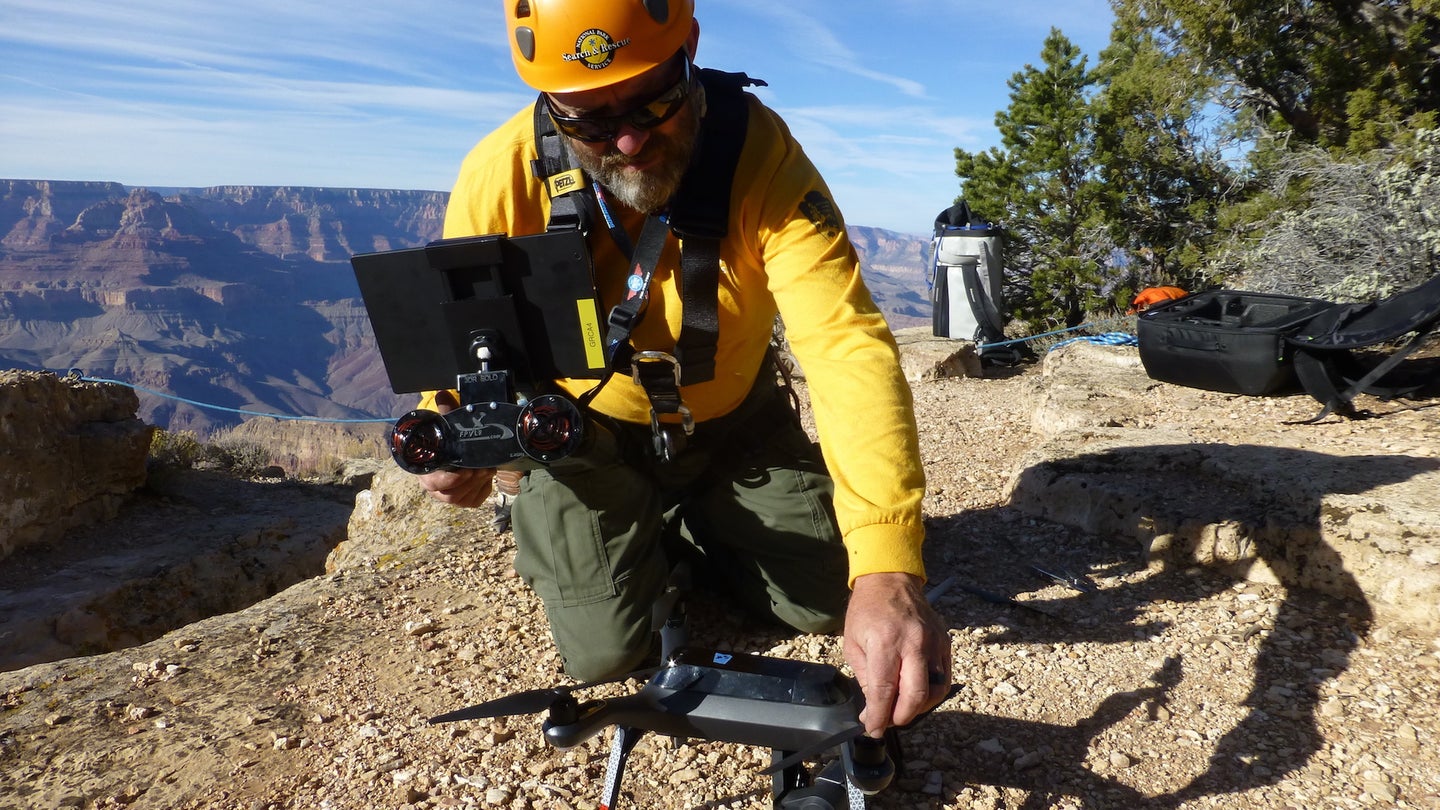 Rescue teams at the Grand Canyon enlisted the help of drones in an attempt to find two hikers who went missing in the national park, the Associated Press reports. This is the most serious use of drones in a rescue mission of this kind, according to the report.

The drones were used from Monday to Wednesday to look for LouAnn Merrell, 62, and her step-grandson, Jackson Standefer, 14, who went missing more than a week ago, according to the report. At about 18 inches wide and 10 inches tall, the drones can fly for about 20 minutes. When the aircraft is in the sky, the pilot can see what the drone sees, which enables rescuers to quickly examine large areas with a bird's-eye view.

In addition to the drones, three ground teams including a total of 20 people, a boat, and a helicopter were also used in the search, according to the report.

"Our historic model was to take the helicopter to look and see," Grand Canyon chief ranger Matt Vandzura said, according to ABC News. "[Drones allow] that same close look but without putting any people at risk. It has dramatically increased our ability to keep our people safe."

Standefer and Merrell, who is the wife of Merrell shoe company founder Randy Merrell, are reportedly still missing as of this report. According to CrimeOnline, the search for the missing hikers has since been scaled back by the national park.