Don't Dismiss the Hyundai Santa Cruz as a Legit Pickup

Small and easy to park, this is a capable mashup vehicle that can also haul and perform like compact trucks. 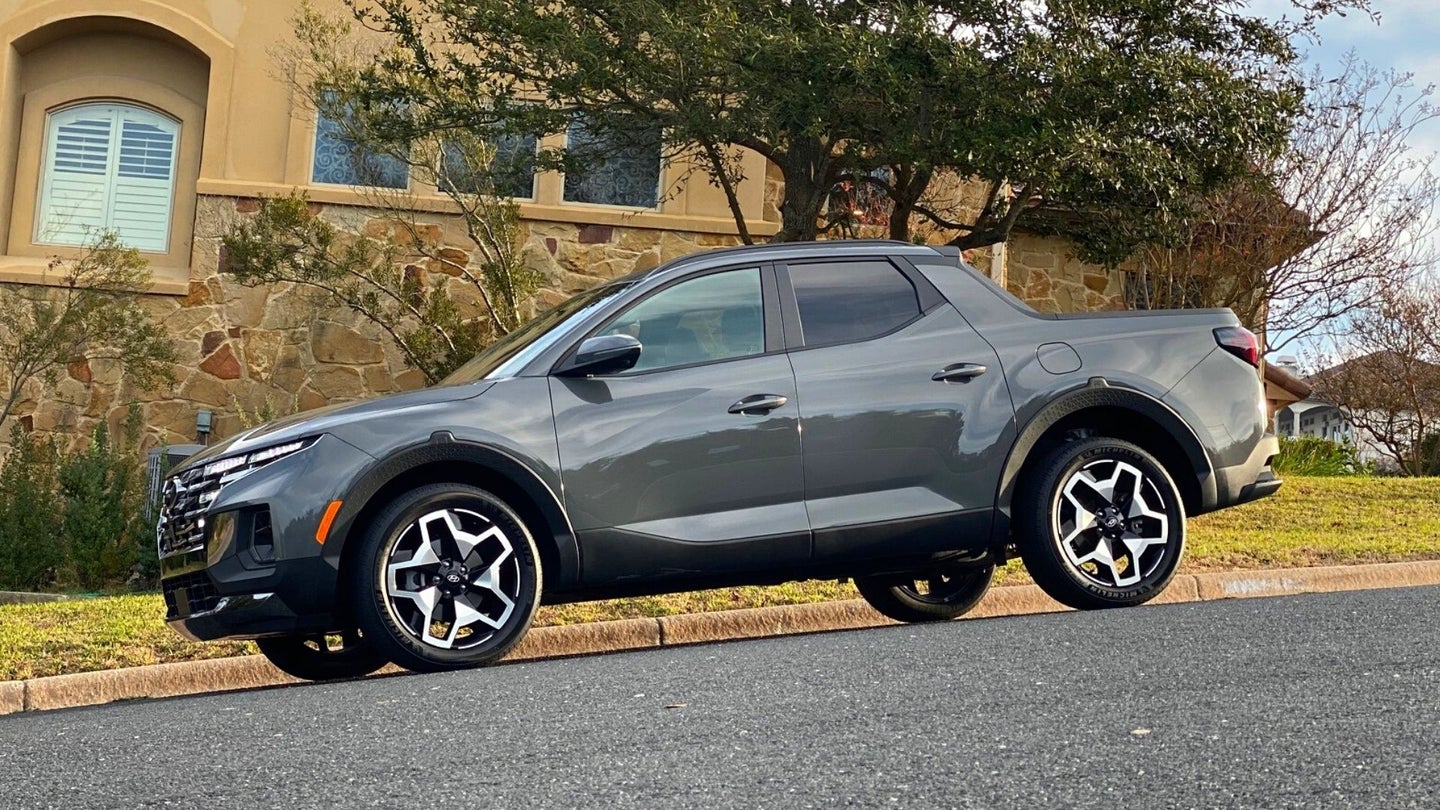 When Hyundai first revealed the Santa Cruz, my first reaction was of confusion. Is it an SUV? A truck? A reborn El Camino? The quirky mullet vehicle is categorized as an SUV on Hyundai’s site, and the automaker calls it a Sport Adventure Vehicle (which is technically an SAV, I guess).

But it does have a truck bed, which puts it somewhere between a Subaru Baja and Honda Ridgeline. Like the Jeep Gladiator, which seemed to defy attempts to be pigeonholed, the Santa Cruz is a functional and clever vehicle. After spending seven days of quality time with it, my verdict is that it’s more truck than SUV, and it is a blast to drive.

From the driver’s seat, the Santa Cruz doesn’t feel like a truck, with struts up front and a multilink suspension setup in the back. It works like one, however, with a four-foot-bed that may trigger calls from friends who need help hauling a piece of furniture or–heaven forbid–moving.

Hyundai’s small truck hauls an estimated 3,500 pounds with the base 2.5-liter engine and about up to 5,000 pounds with the optional 281-horsepower turbo 2.5-liter powerplant. That’s on par or better with other compact trucks like the surprisingly roomy Ford Maverick or a Honda Ridgeline. 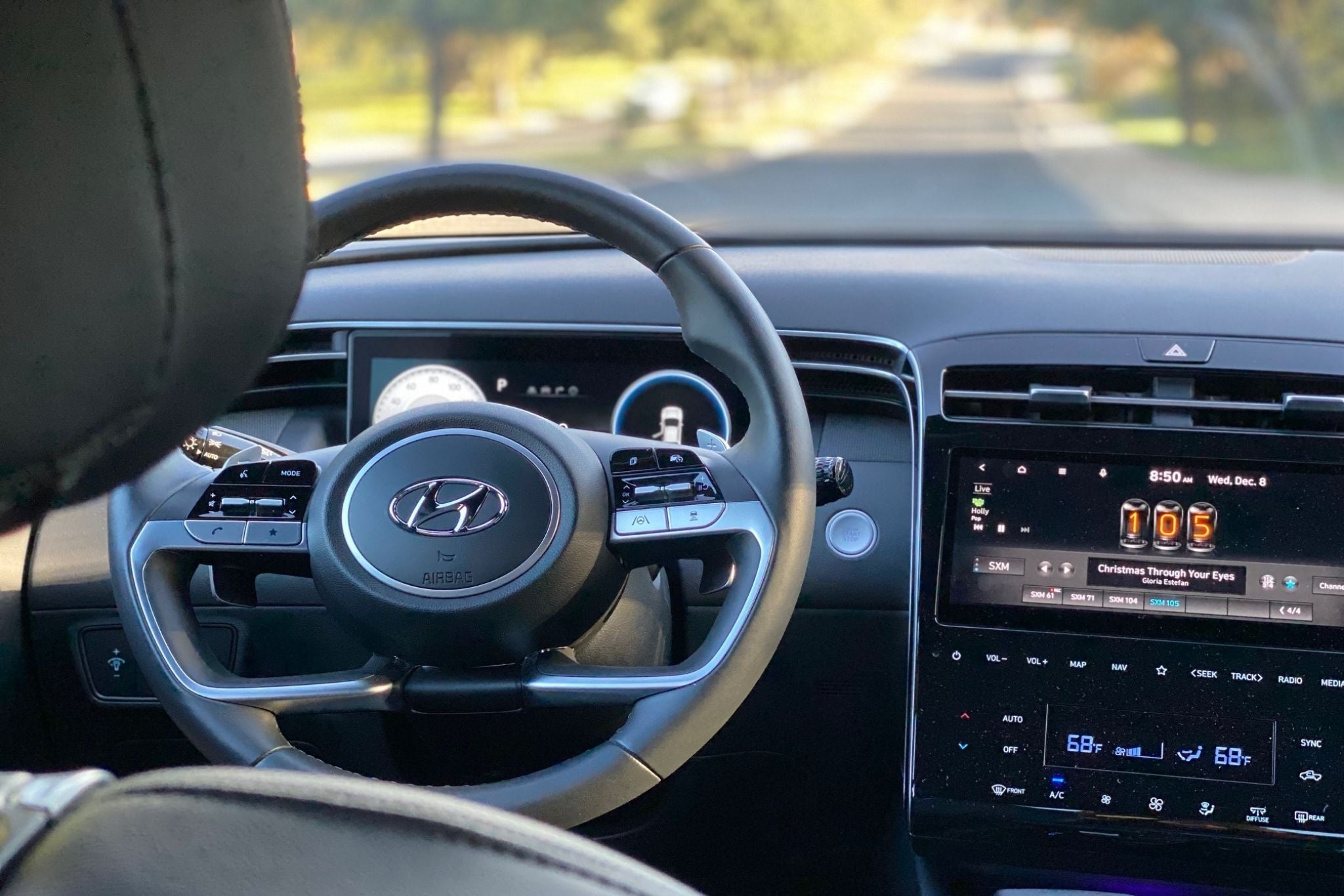 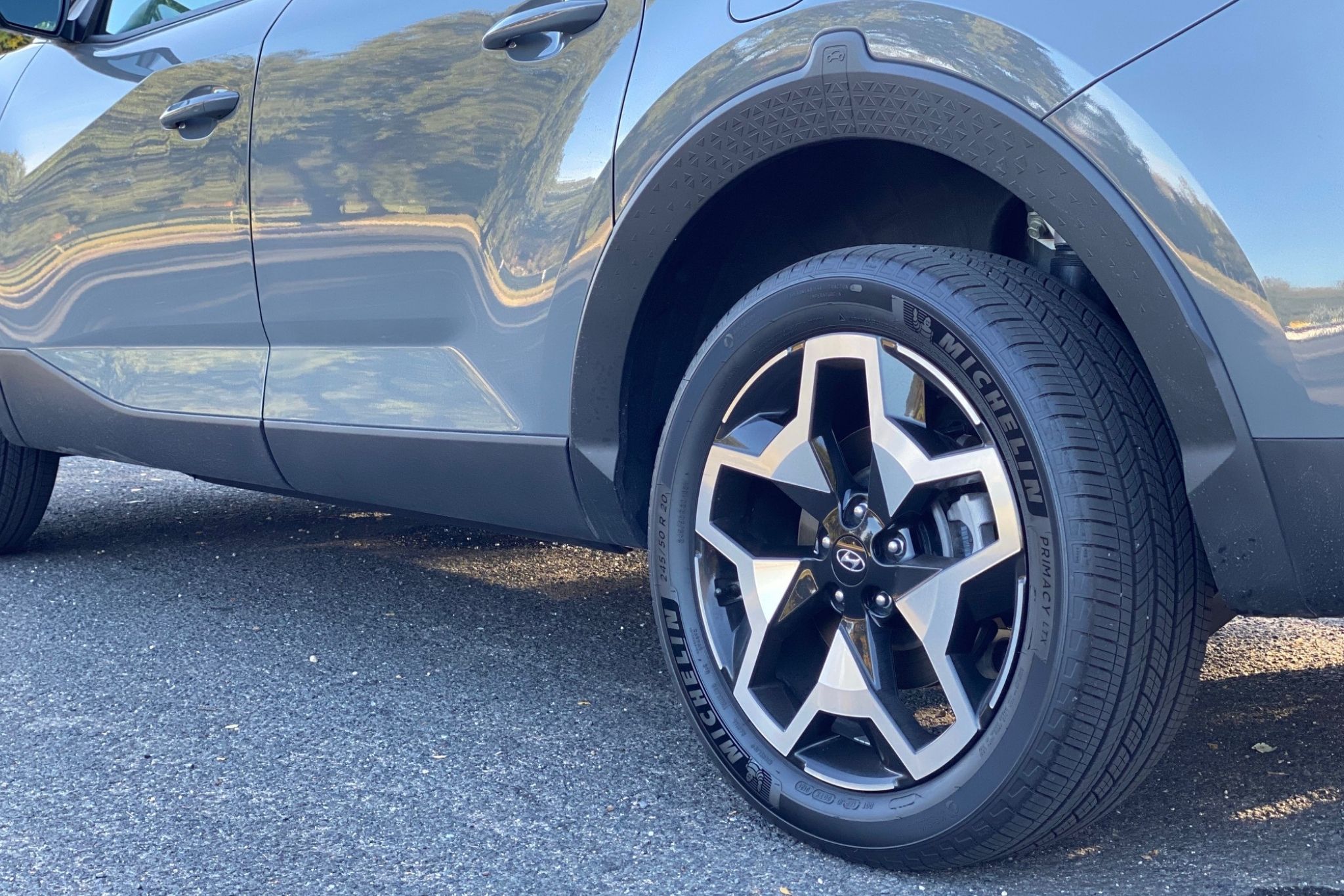 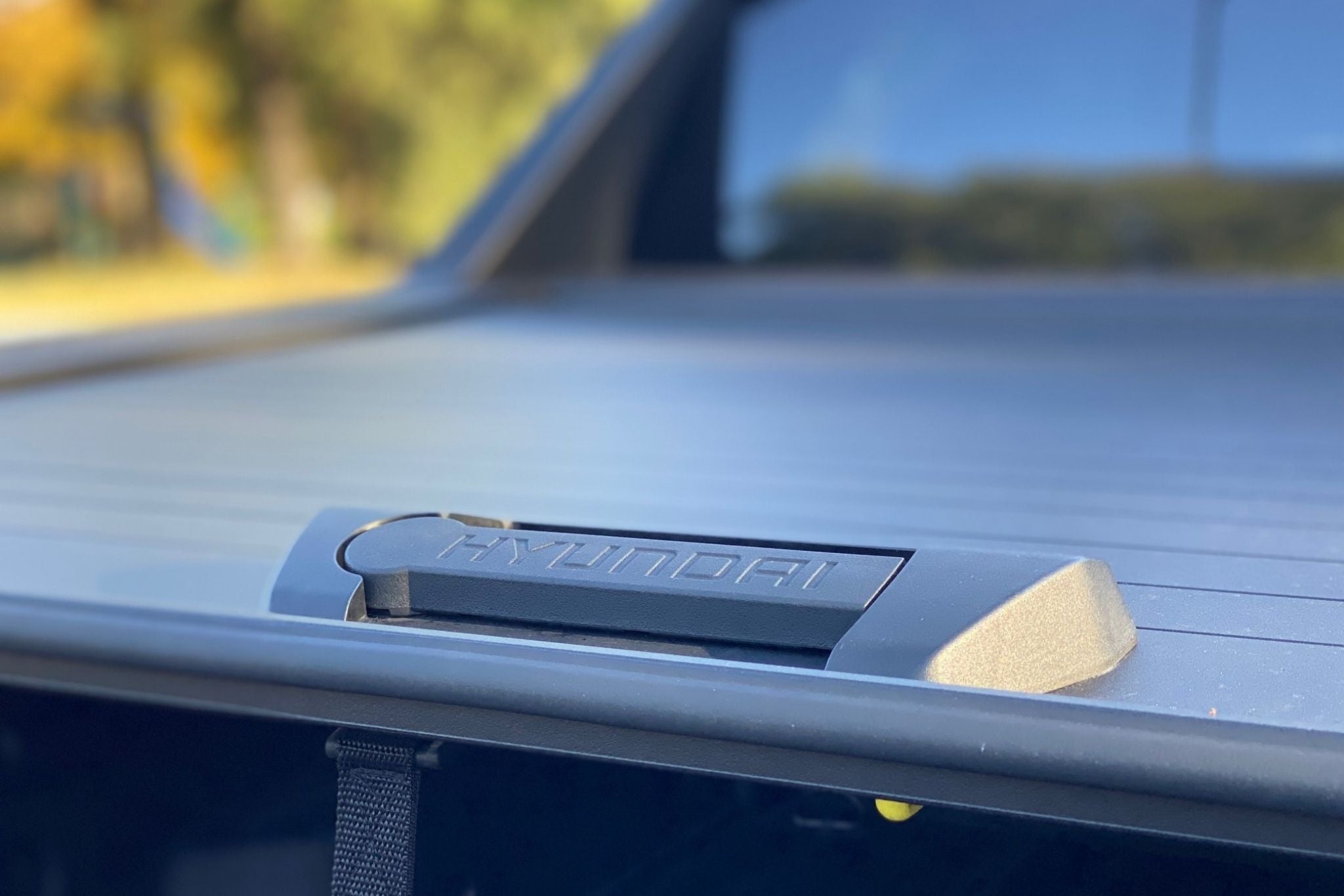 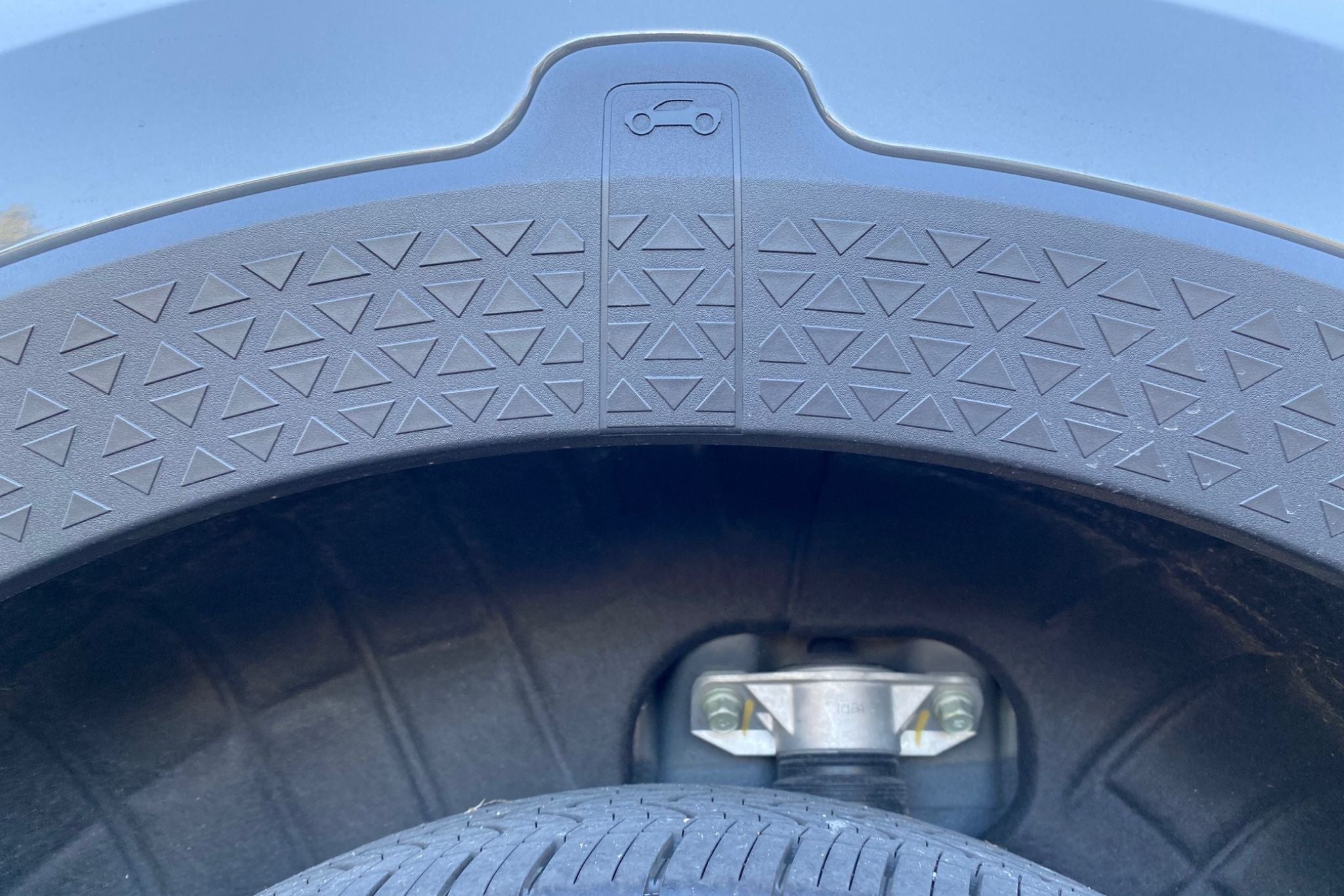 The price, however, reflects the niceties of the ride, which is underpinned by an extended version of the Tucson. A fully-loaded Santa Cruz with AWD will set you back a shade over $41,000, which is roughly the same as a First Edition, Lariat Luxury Maverick with AWD and every option and accessory available. A Honda Ridgeline will cost a few thousand more at the top of the line, but it’s also longer and more like a truck. That’s the thing, though–how much truck does the average person need or want?

Where the Santa Cruz shines is in its versatility and capability, and I’d be willing to take it off-road on most routes that don’t require a full flex. It has easy-to-find buttons for downhill brake control and center locking differential for one-touch control options. Ground clearance is more than ample at 8.6 inches, which is more than the new Kia Sorento and Volkswagen’s ID.4. That means the Santa Cruz would excel in a competition like the Rebelle Rally, where both of those vehicles navigated some tough terrain with minimal challenges. Hyundai’s don’t-call-it-a-truck also has a 23.2-degree departure angle, giving adventurers room to move without imperiling the bumper.

In the back, I really like the smart storage options, particularly the underfloor compartment that features a drain plug. Tailgating, here I come. The main floor of the bed can accommodate four-foot-wide sheets of plywood, and adjustable cleat system and tie-downs are included. There’s also a 115-volt AC power inverter inside that can charge up small items like an air compressor or a phone. The lockable tonneau cover gives the Santa Cruz a place to hide kids' dirty, stinky sports equipment, too.

Overall, the Santa Cruz gives you truck functionality with SUV comfort. Plus it's easier to park and doesn't guzzle gas (I'm looking forward to a hybrid version, Hyundai). You may want to avoid telling your friends that you got a truck, though. Unless you like helping people move.