Behind the giant steering wheel of the iconic Bentley Blower, everything requires planning ahead. 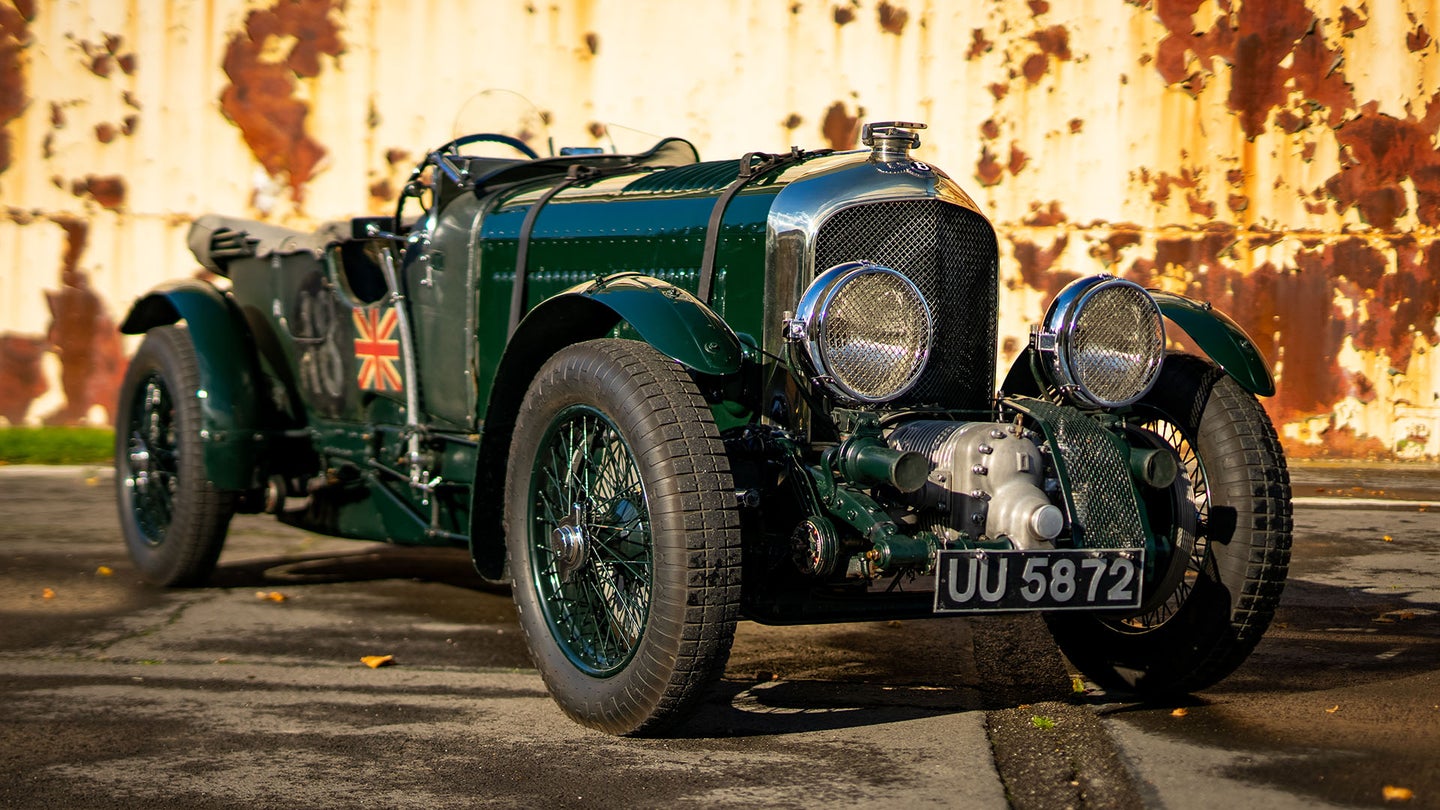 Of all the Bentleys in history, few have the same presence as a Blower. An idea that was initially resisted, the Blowers were Bentley’s attempt at motorsport dominance between the two world wars. An original 1929 4½ Litre Blower Bentley is rare, complicated to drive, and feeds all your senses (even taste) at once.

Born of a want to go ever faster than the competition, the Bentley Blowers came with fearsome pace and presence by the bucketload. These pre-war monsters were the brainchild of racer and Bentley Boy Sir Tim Birkin. While founder W. O. Bentley preferred to add speed with more displacement, Sir Birkin preferred the idea of throwing a Roots-type supercharger at the 4½ Liter Bentley. Forced induction upped power from 130 horsepower to 240 hp—plenty enough, thank you. Sir Birkin convinced Bentley to build 55 supercharged 4½ liter cars, five of which were to go racing. The car I got to test out, UU 5872 is the second of four “Team” cars—Bentley’s own factory racers. 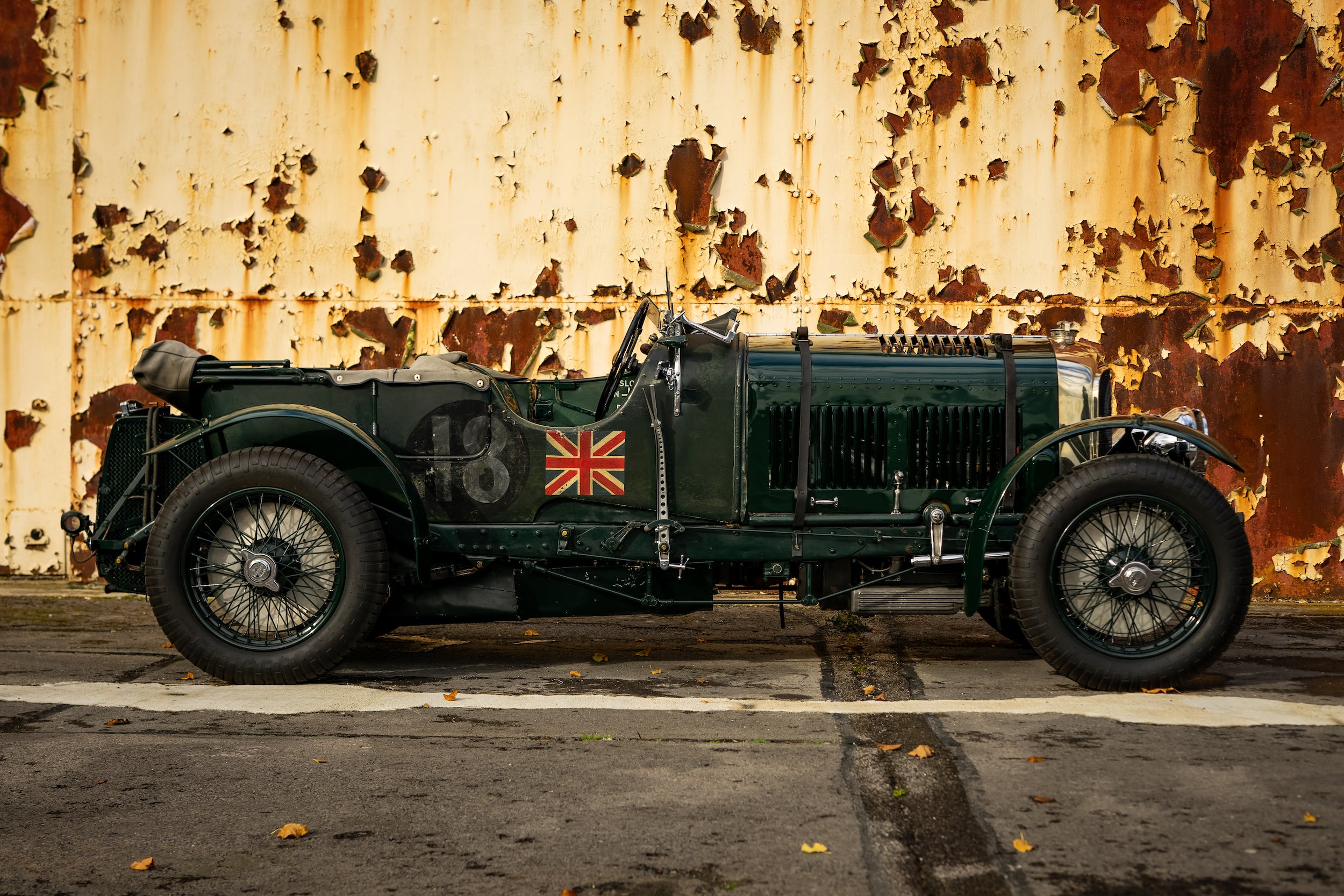 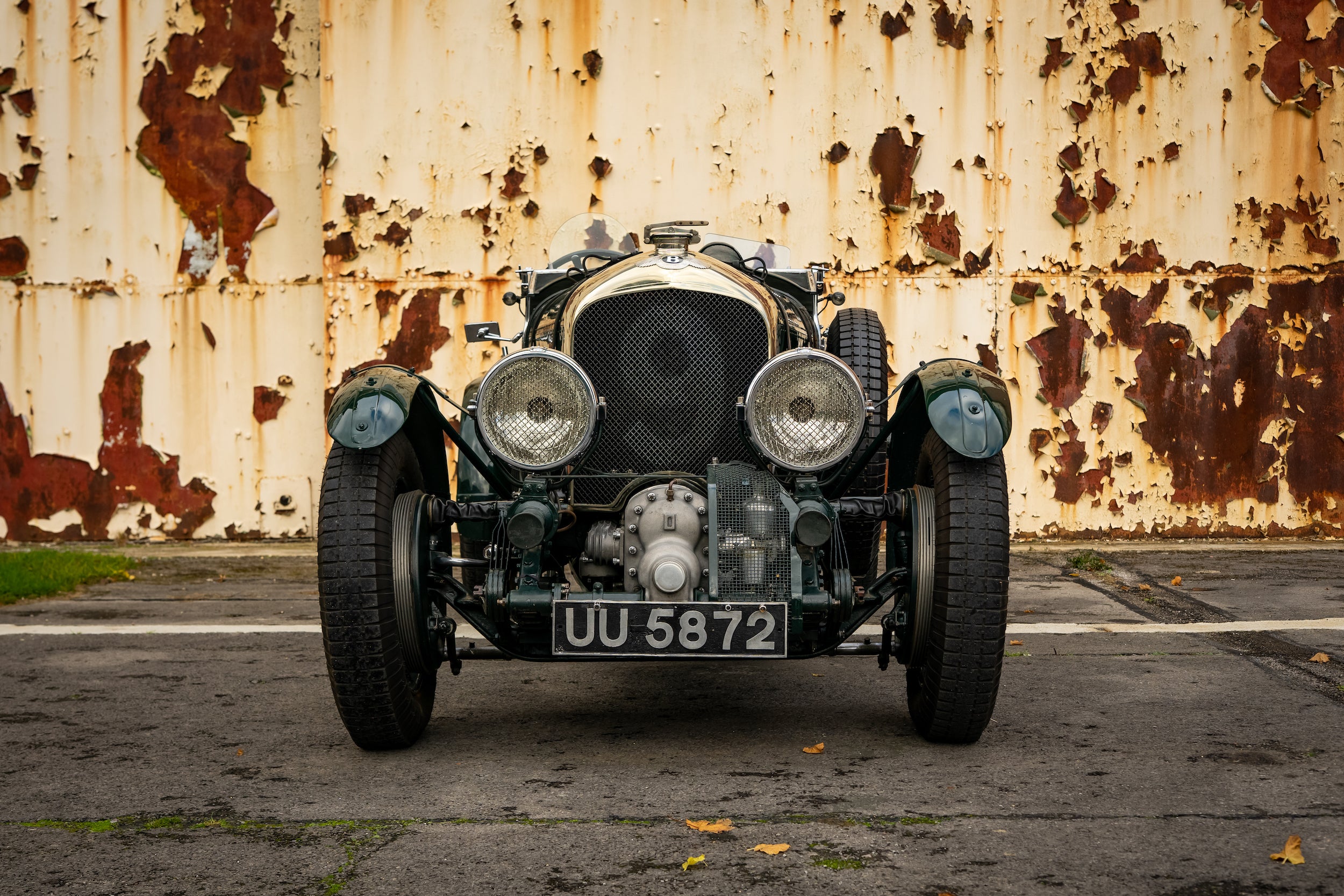 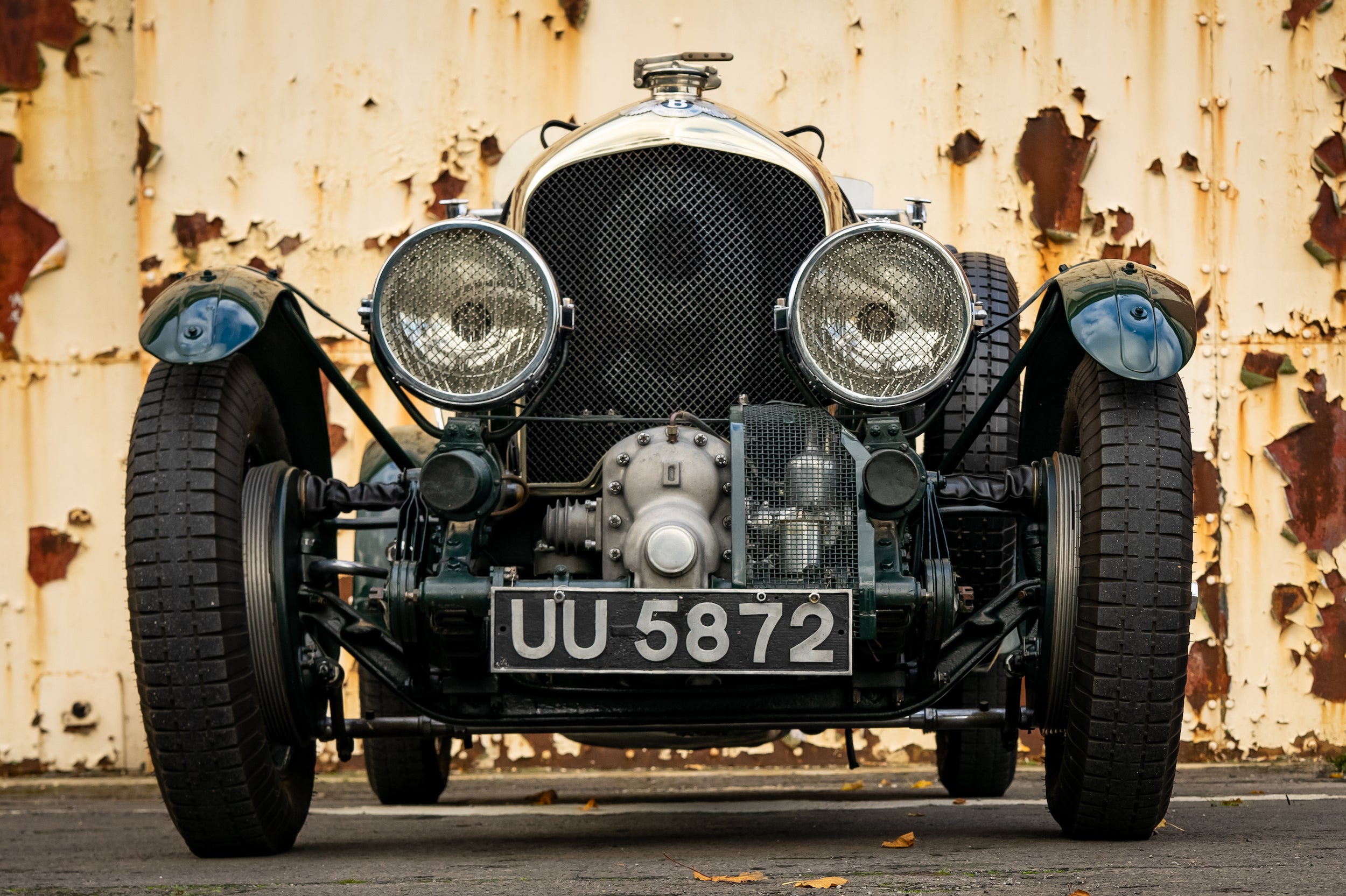 UU 5872 was the basis for Bentley’s 12 Continuation cars—it was peeled apart, 3D scanned, inspected, and gently restored as it was put back together. To say it’s had a life is an understatement. It’s the stuff of legend and I got a chance to drive like a Bentley Boy—albeit somewhat more gingerly.

While racers of the era were hardly the streamlined wonders we have today, the Blower was a touch ungainly even then. Ettore Bugatti famously called it “the world’s fastest lorry.” See, it was initially designed as a good ‘ol tourer, despite the fact that it was one that could put on a decent show at a track. The Blower’s party piece—its, well, blower—sits somewhat awkwardly above the license plate, between its headlamps. It’s big, brutish, unsubtle, and gloriously eccentric. If it’s not got a distinctive silver lump up front, it ain’t a Blower. 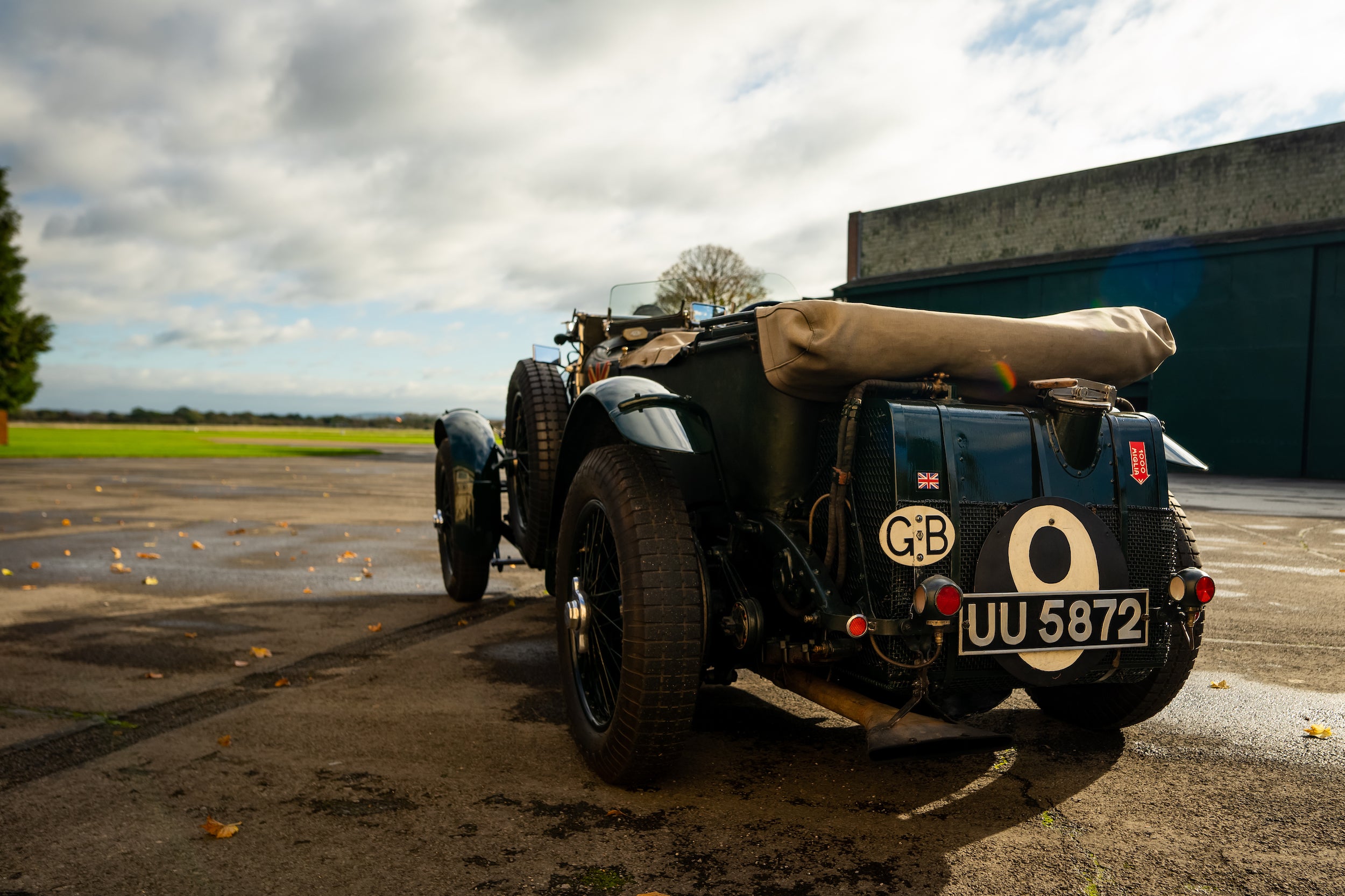 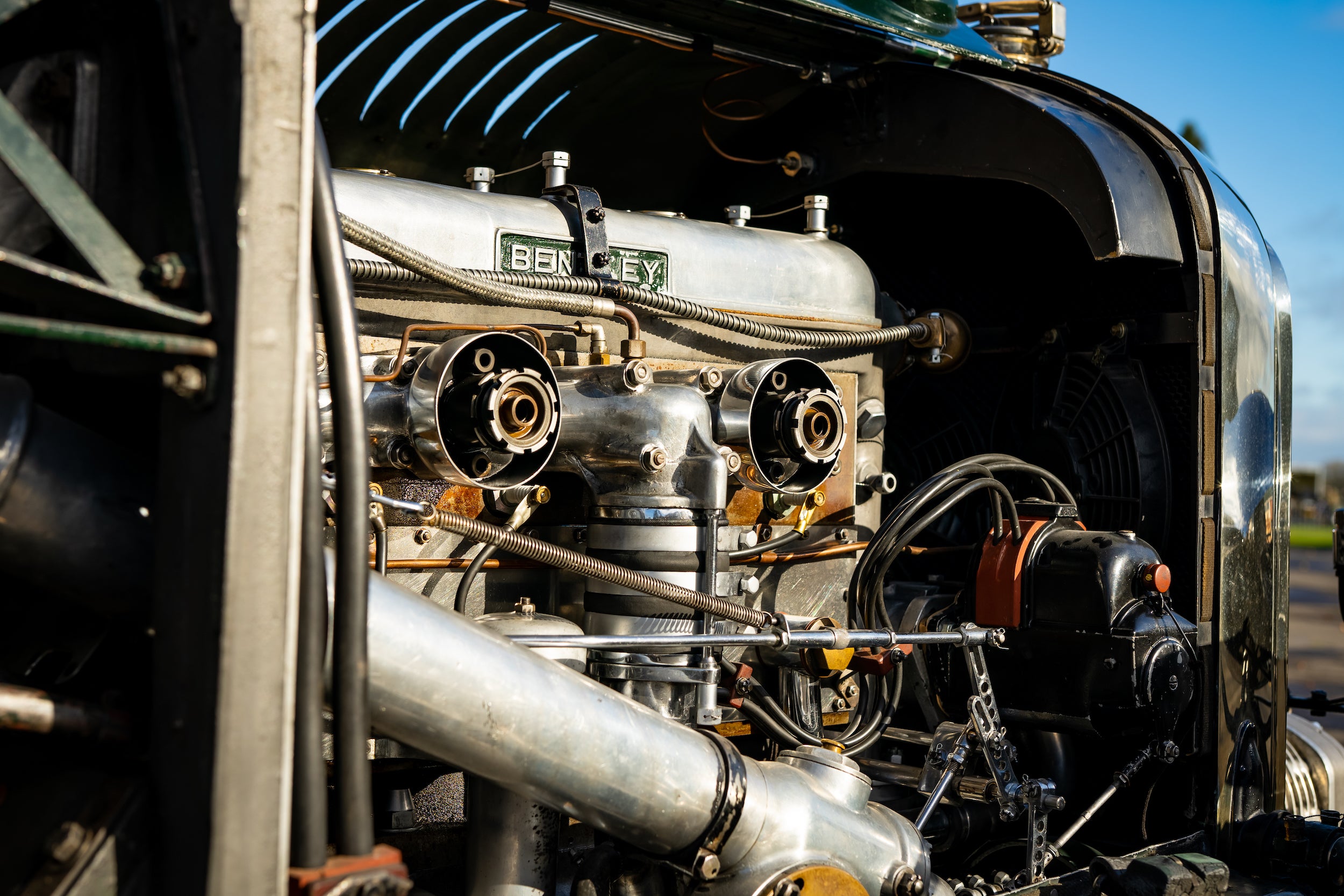 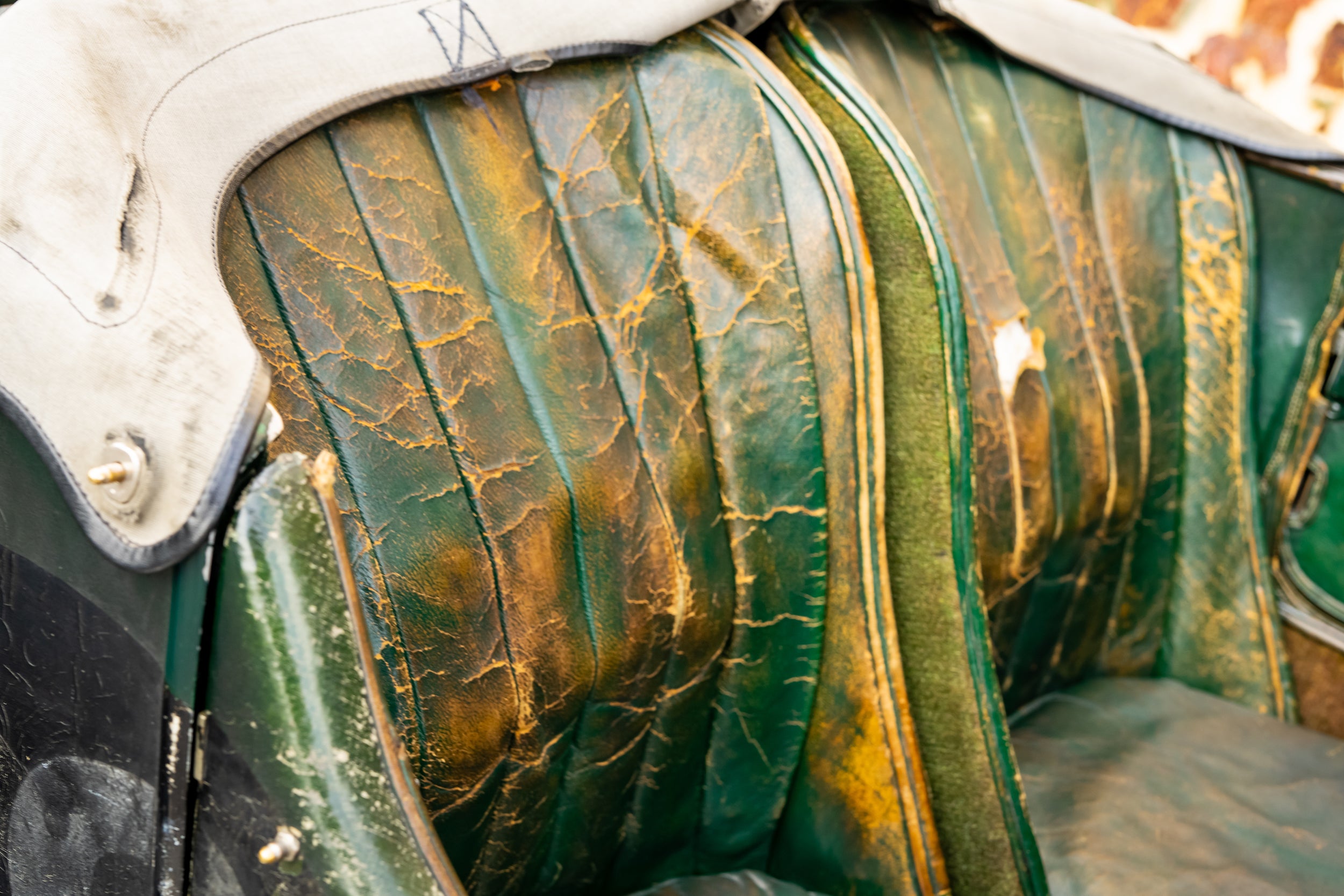 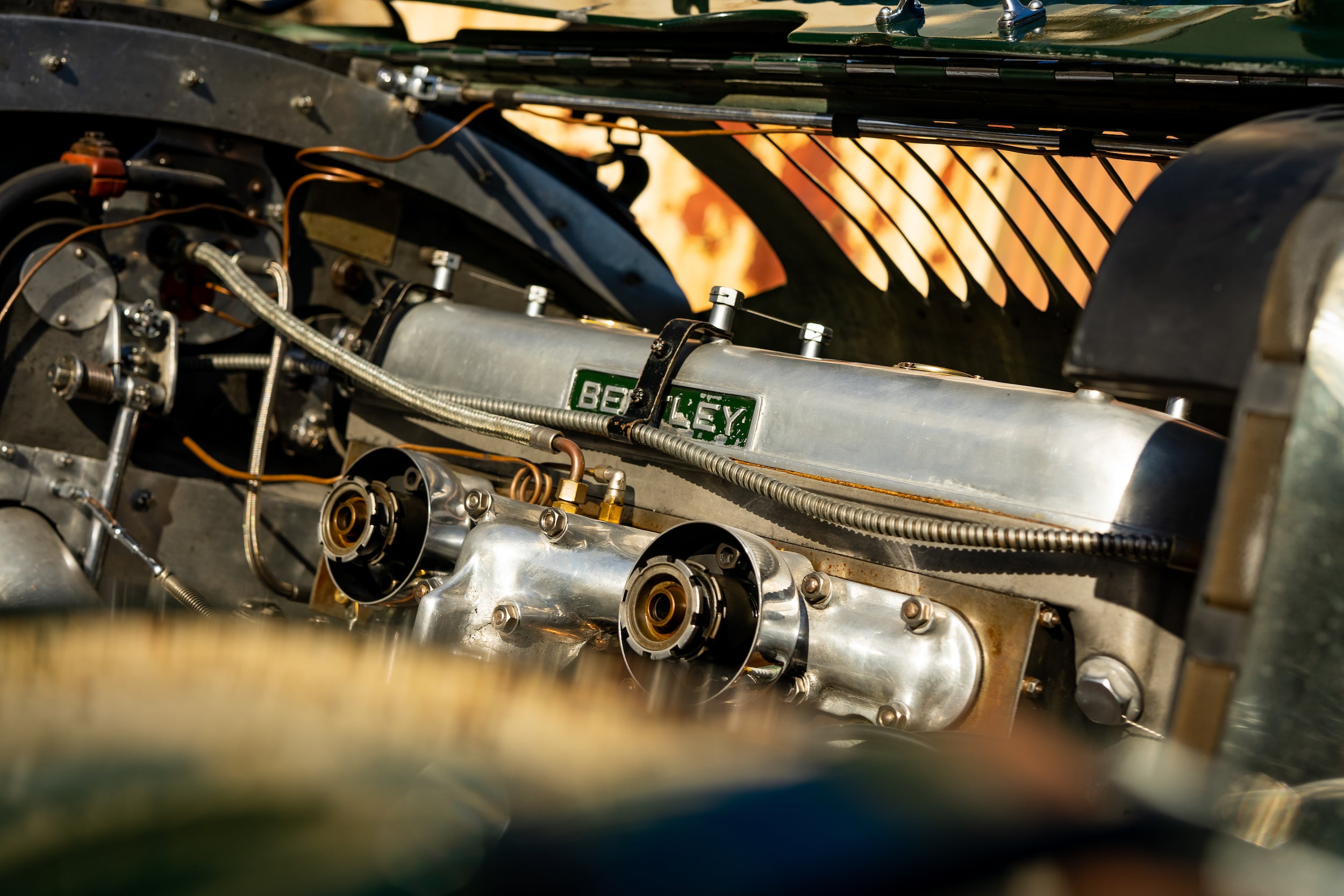 This particular car first appeared at the 1930 Irish Grand Prix with a different body. It was later refitted with a chassis and bodywork after a crash at the Ulster TT. It raced all over the place, including at the 1930 24 Hours of Le Mans. But in May 1931, it—along with Sir Birkin’s other Blowers—was put up for sale. But UU 5872 has not been hidden in a shed since then; it was restored in the ‘60s (retaining as much patina as possible), been on the punishing Mille Miglia numerous times, run up the Goodwood Festival of Speed hill, and was shown off at Monterey Car Week.

If “size” were a car, it would be this. Huge wheels, massive headlights, a colossal steering wheel… you can’t miss it at all. It is pretty narrow though. You experience its lack of width when you try to get in the cabin. For something so long, there’s naff all space for people up front. Crawling through its tiny, Union Jack-emblazoned door, you have to be careful not to knock any of the many switches or taps on its dash. This is because if you do, the car might go bang. This, I’m told, is A Bad Thing.

Despite being a small human, fitting my thighs under the steering wheel and being able to get close to the pedals was an ordeal. That massive steering wheel is necessary because you need a lot of leverage to turn 3,800 pounds of 1920s metal. The pedals aren’t as heavy, but have their own quirks. The clutch is where you expect it to be, but the gas and brake are switched. Rather wonderfully, there’s a notch worn into the wooden floor where Sir Birkin and Co. rested their feet mid-race to guide your own positioning. Dials, switches, a stolen Parisian billiard score keeper-cum-lap counter, and buttons litter the dash. 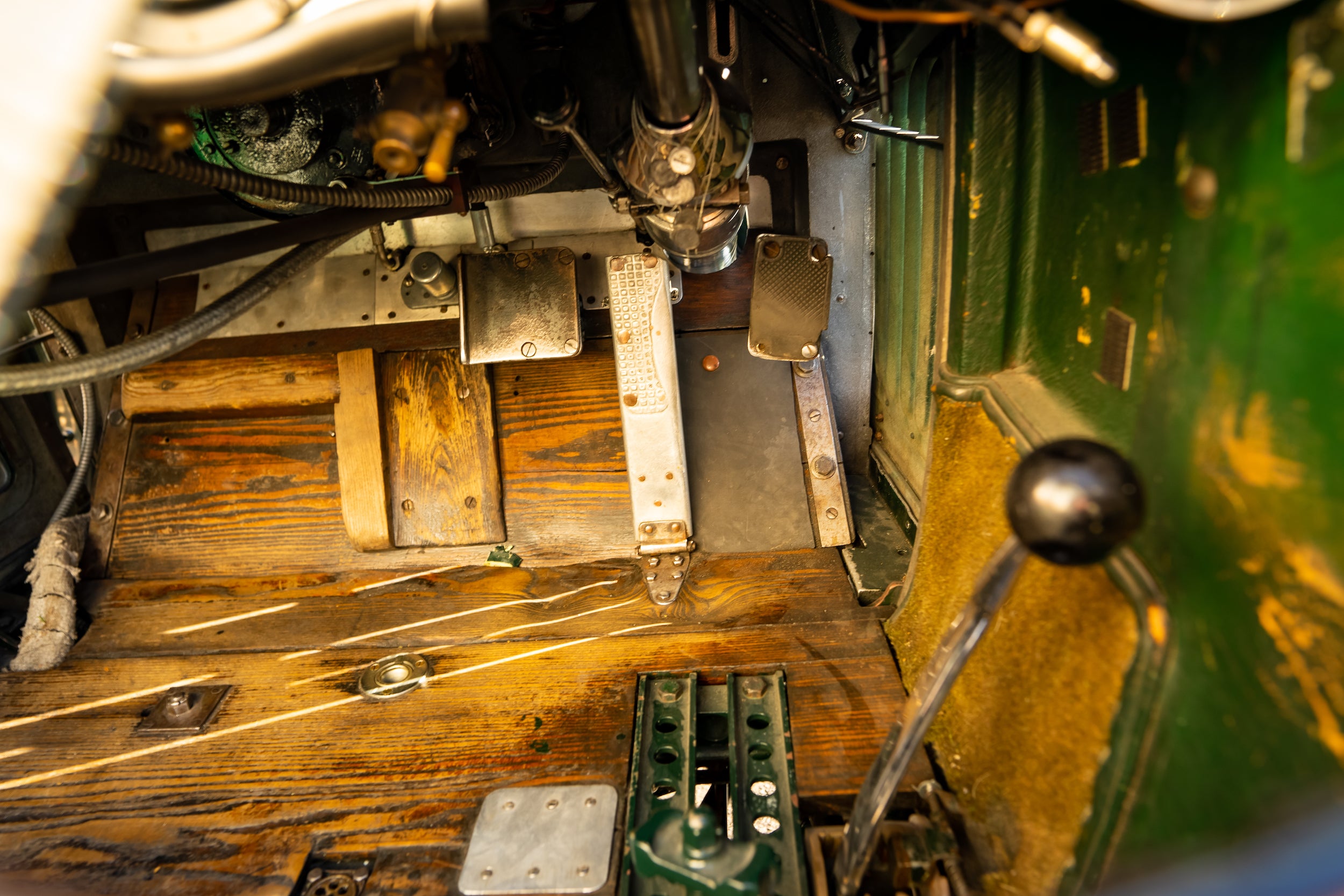 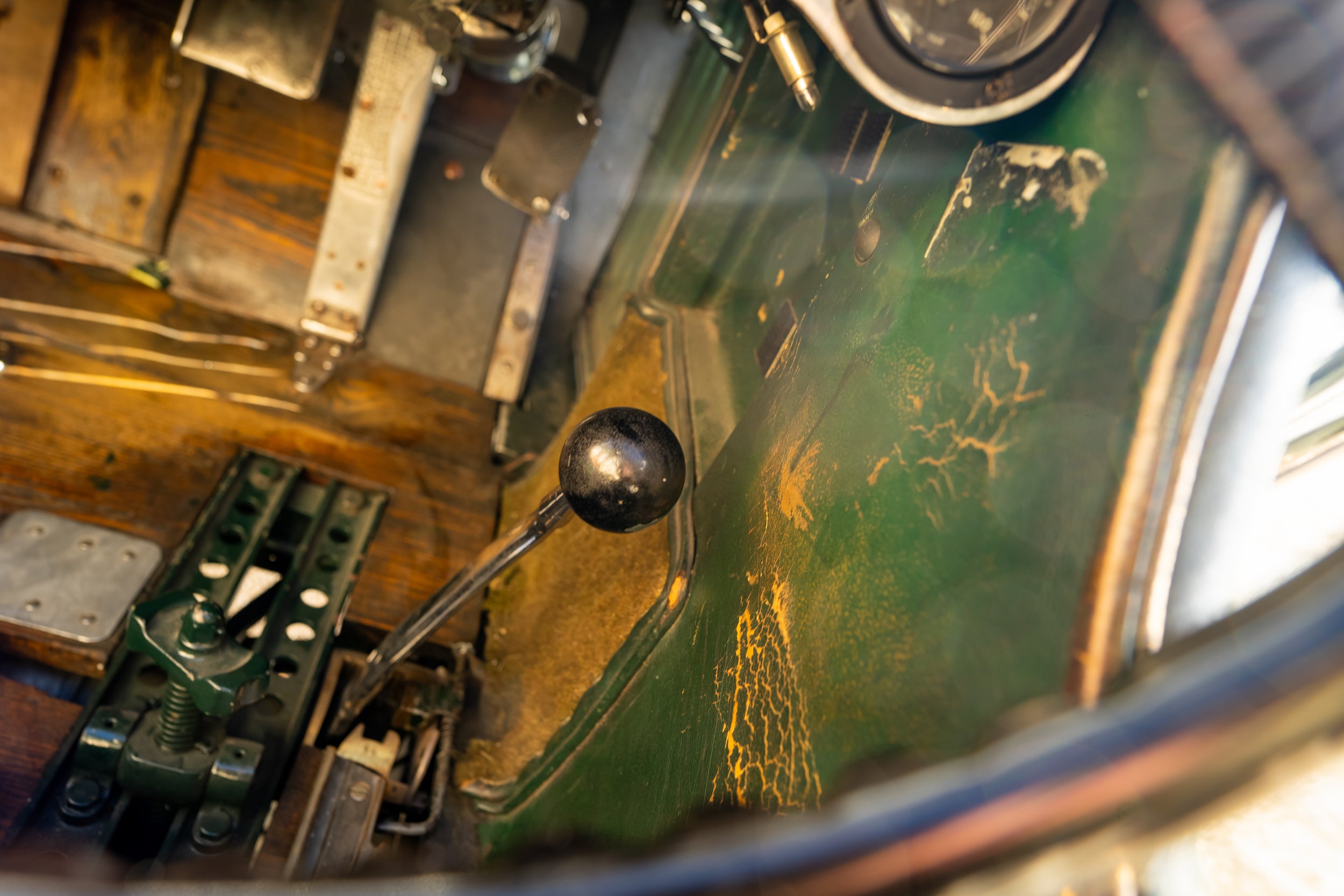 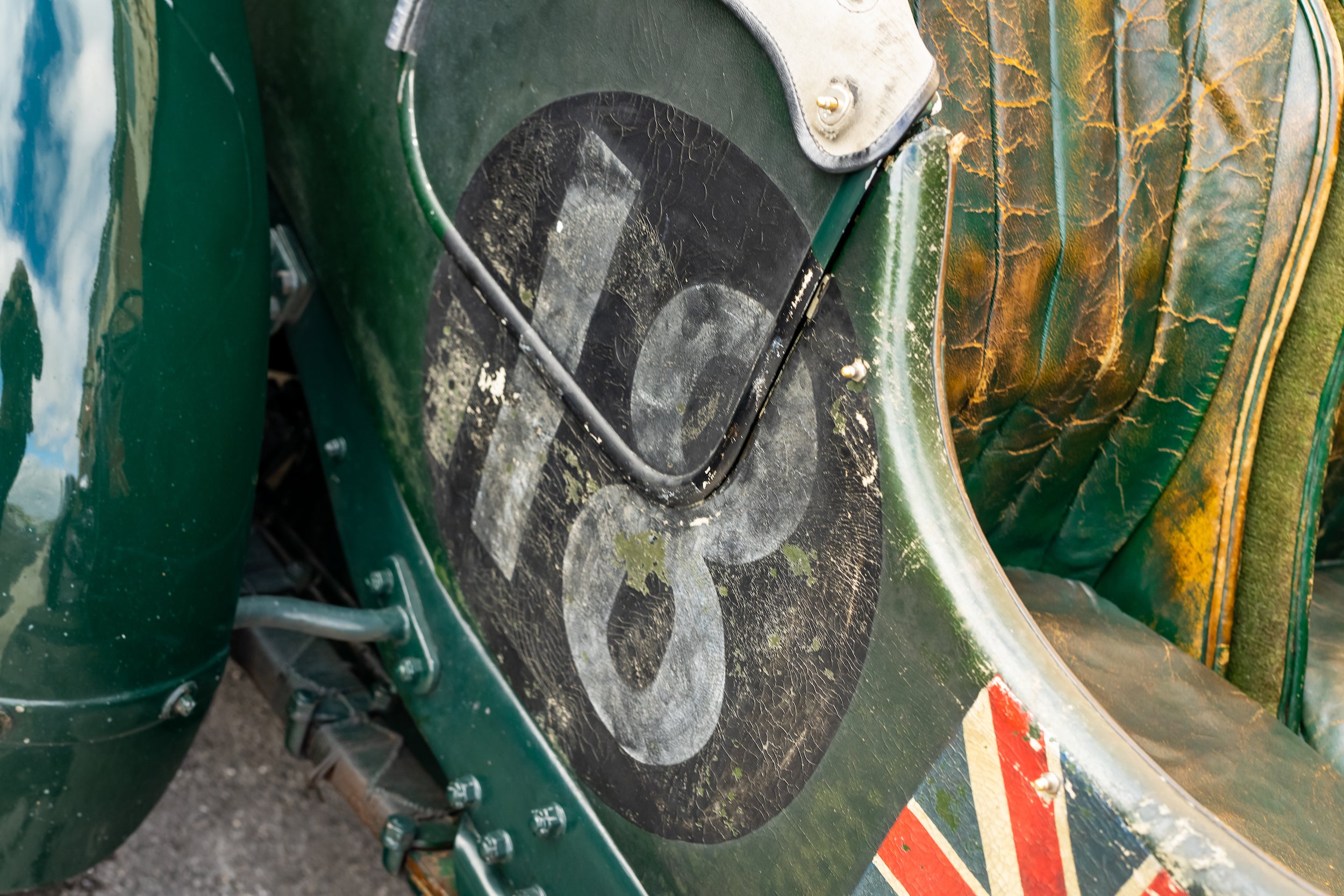 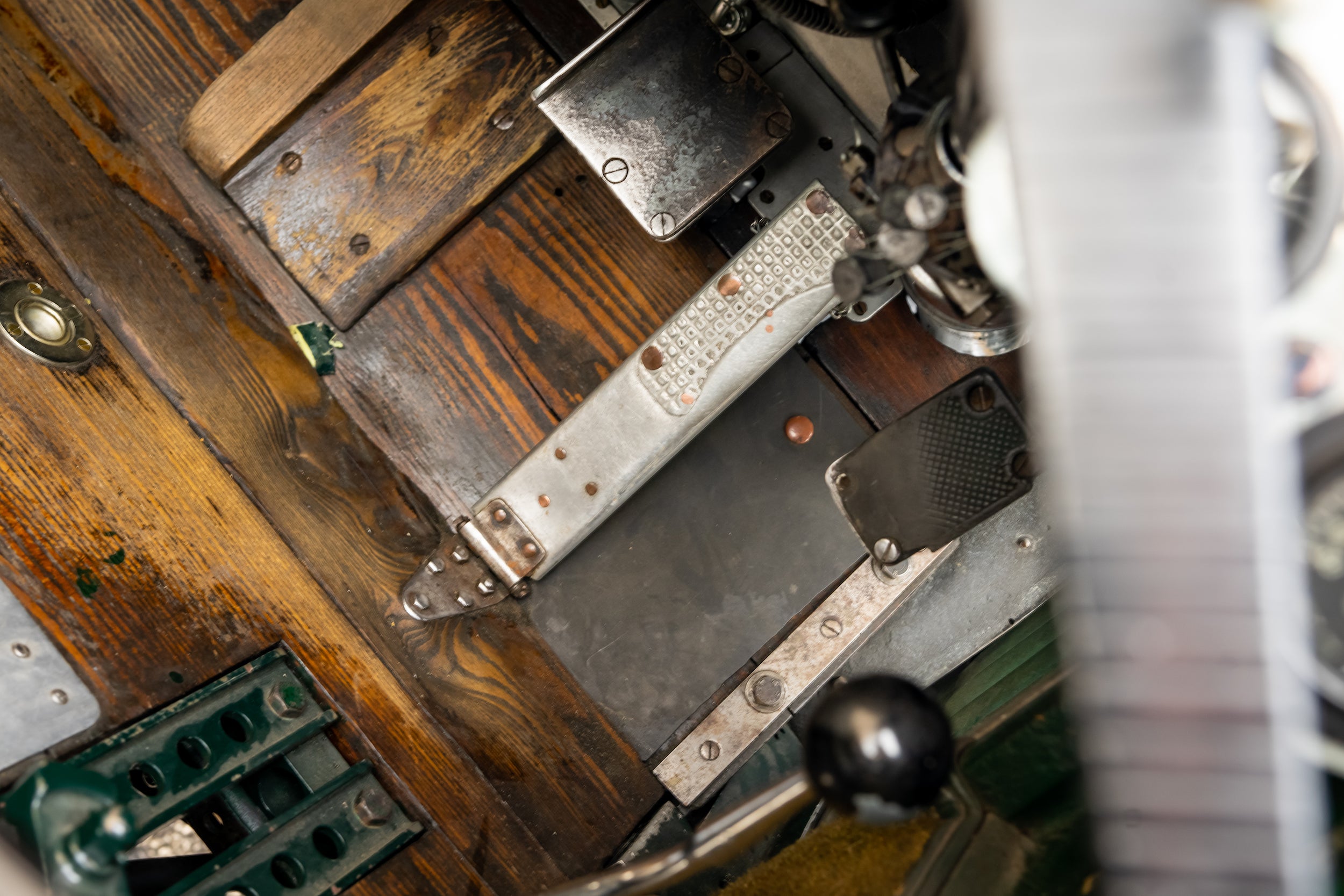 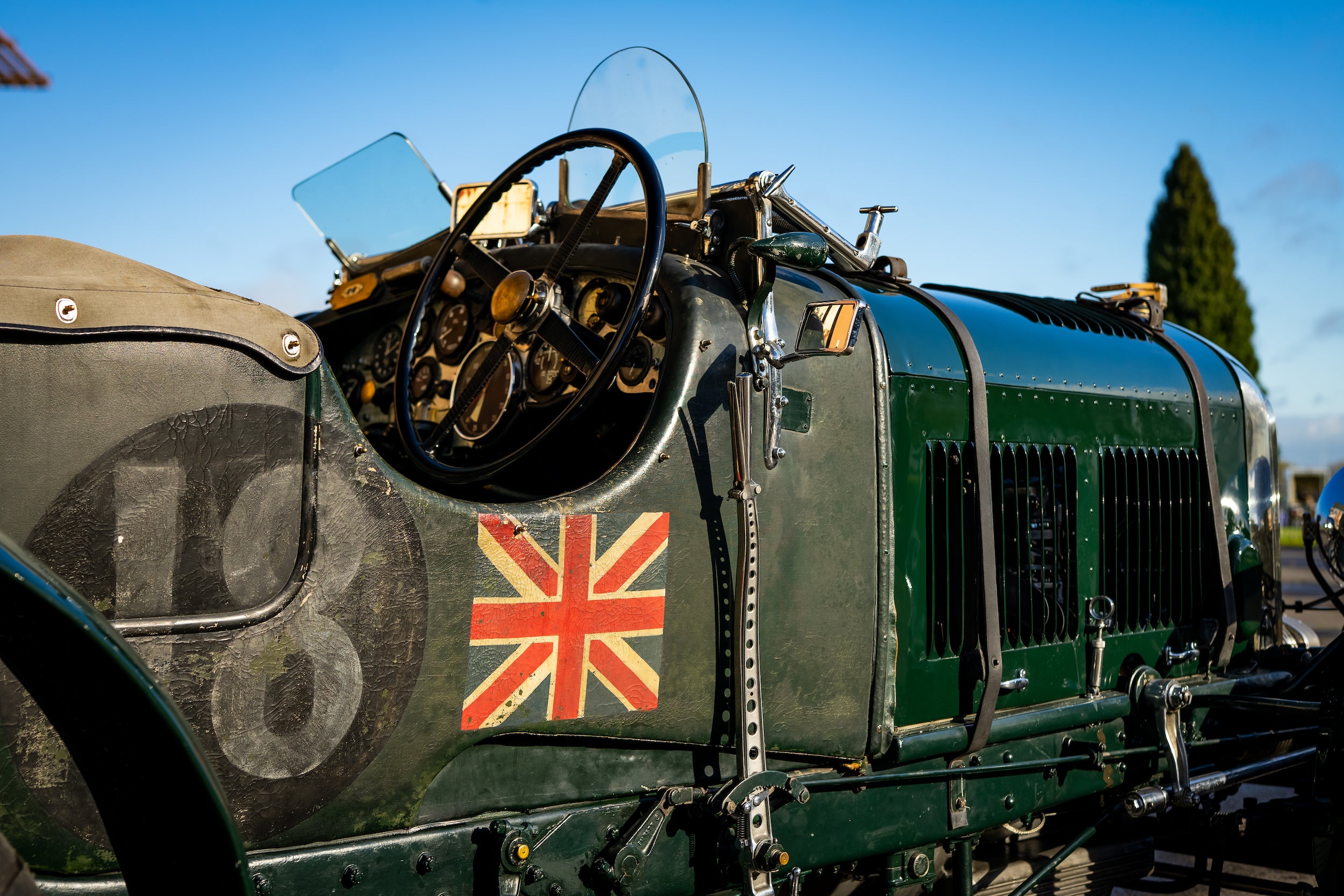 Before hitting real roads I was taken to a big, open parking lot to get my eye in. I had a patient driving instructor, Bentley’s own Mike Sayer (keeper of the keys), to help with the complicated startup procedure, which requires much switch-flicking and lever-moving.

Setting off is easy: Dip the clutch, slot its four-speeder in first, gently lift the clutch, and away you go. It’s at this point—with 4½ liters of engine clattering ahead of me, a gentle left hand corner looming, and nothing but the thought of what something worth £20 million (or approximately $27 million) sounds like in a crash rolling through my mind—I realized, that despite having driven to meet the Blower at highway speeds, I felt like I’d never driven anything faster at any time in my entire life. I felt like I was back at my first-ever driving lesson, refusing to leave first gear because 20 mph down a local side street was akin to breaking the sound barrier. In reality, though, I was driving the Blower at around seven mph. I readied myself to steer, realized I have no upper body strength and let out an undignified noise as I guided the slow-moving monster to safety.

Finding a straight section, it was time to shift gears. There’s no synchromesh in the ‘box, so you need to double-declutch, then gently feed power in to successfully shift. Too much and there’ll be a pop, smoke, and the literal taste of failure blown at your face. Too little power and there’ll be some multi-million dollar crunching. First to second requires a beat in UU 5872, whereas second to third needs to be done as quickly as possible. I’m man enough to admit I tasted that failure and heard the crunching, but did celebrate more than commiserate. 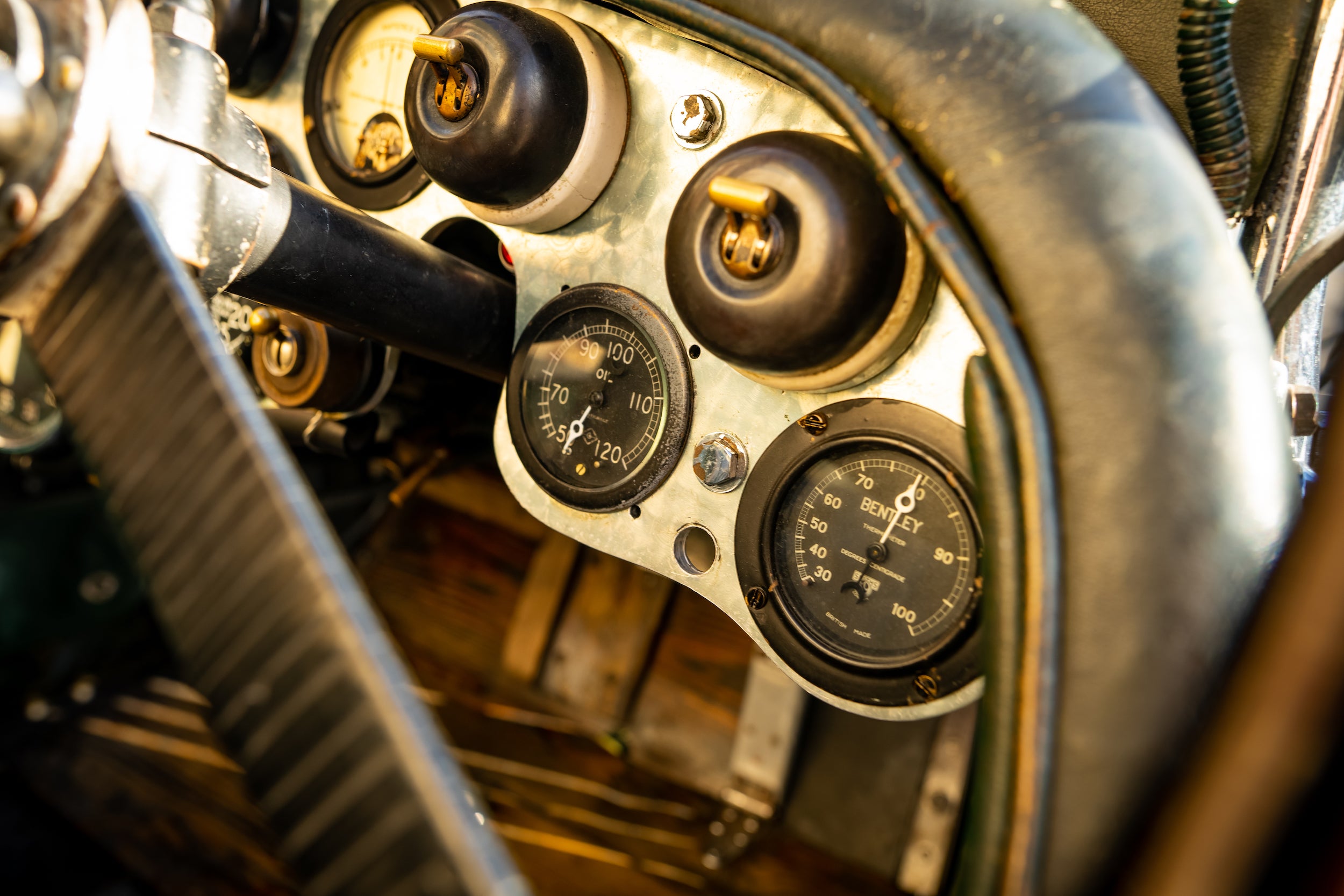 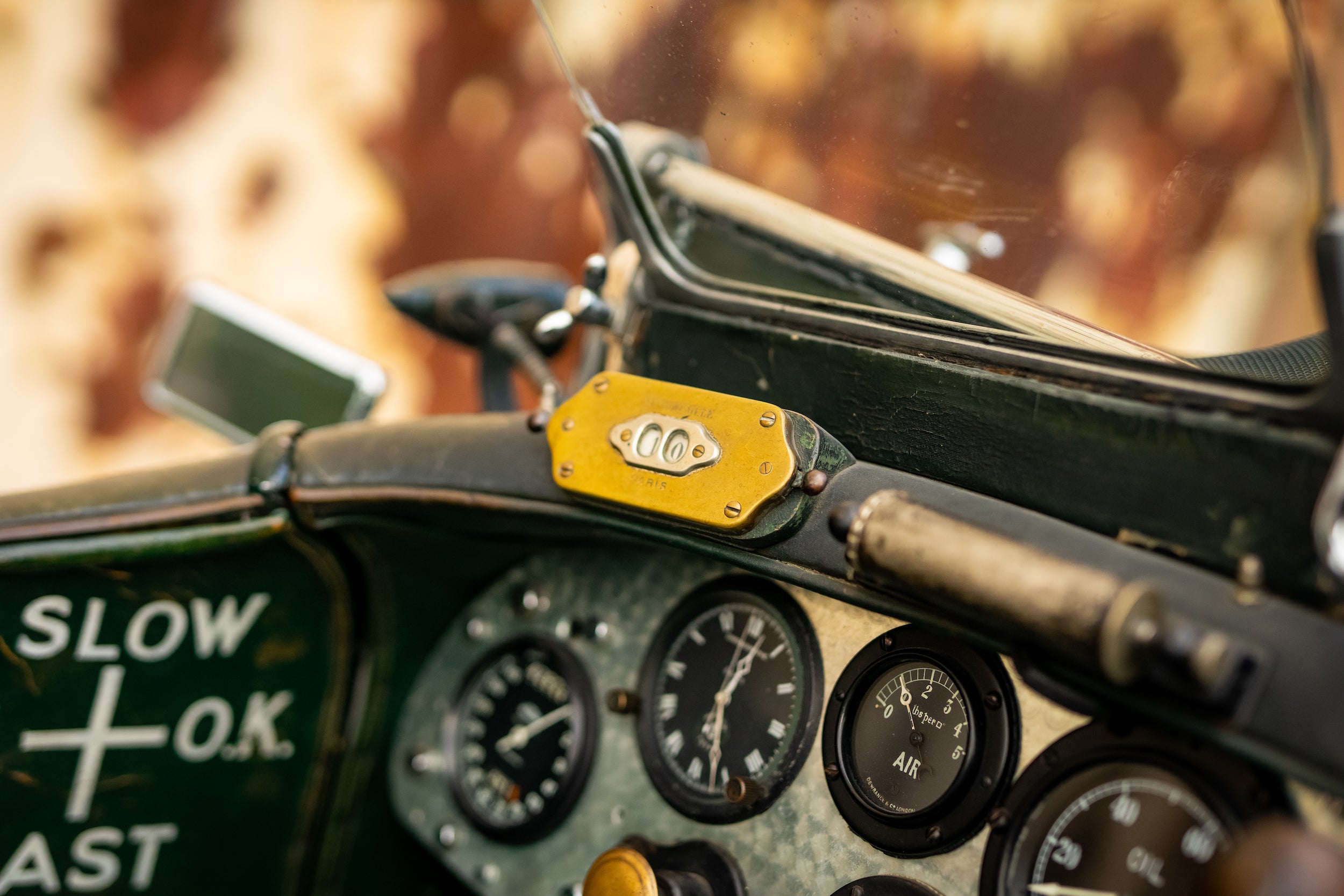 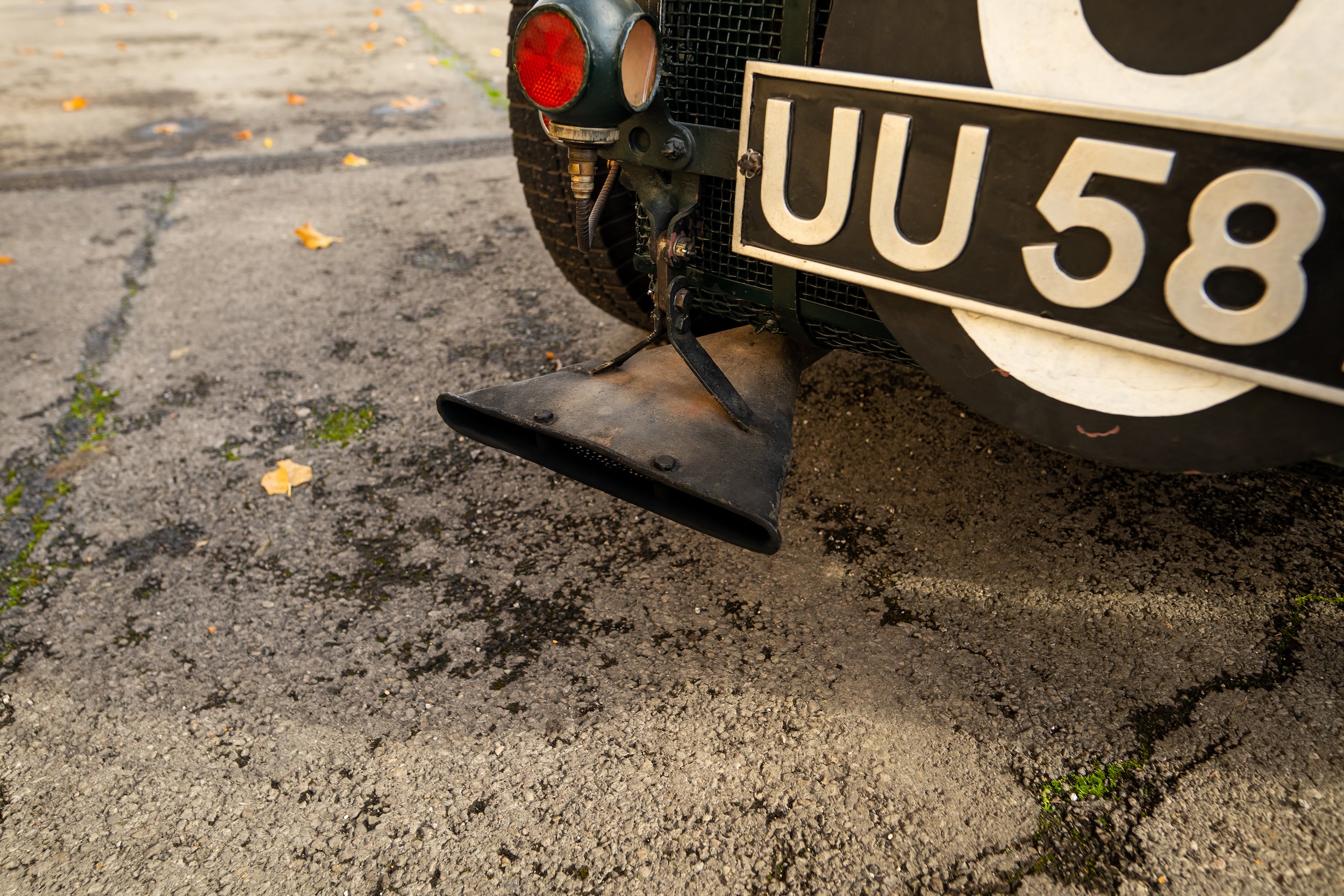 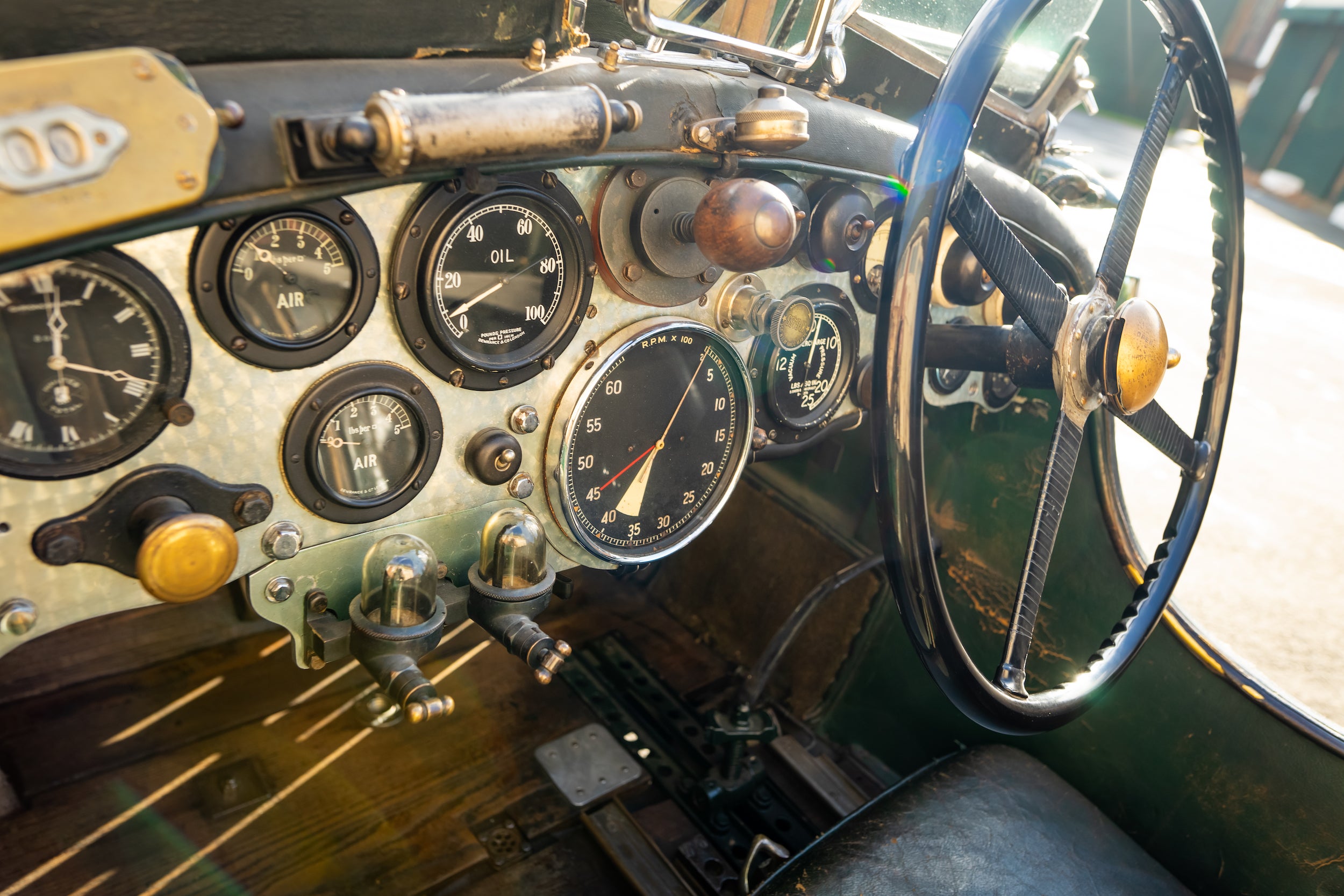 Parking lots are easy, but the reality of traffic was daunting. Still, I set off slowly, shifted gently from first to second, and found myself happily moving along at a sensible pace. The Blower’s ride, even on horrid British country lanes, was pleasingly floaty. Cold wind in my face, I went for third and picked up more pace. My inner monologue switched between Mr. Toad and “TALLY HO!”

On the move, the steering isn’t heavy at all but does require planning. Hell, everything requires planning in the Blower. A junction coming up? Start braking a long way ahead. Not scrubbed enough speed? Pull the handbrake mounted on the side of the car. Want to shift? Prepare your brain to do the right thing at the right time. Everything is big, everything is heavy, and everything is glacially slow by modern standards.

Driving it is complicated; you have to attend to myriad dials, backward controls, and other traffic far more keenly than you do in any normal car. When you’re going, though, it’s grin-inducingly fun. You bounce gently along the road, making noise and hearty progress, experiencing motoring from the days when cars were still frontier technology. 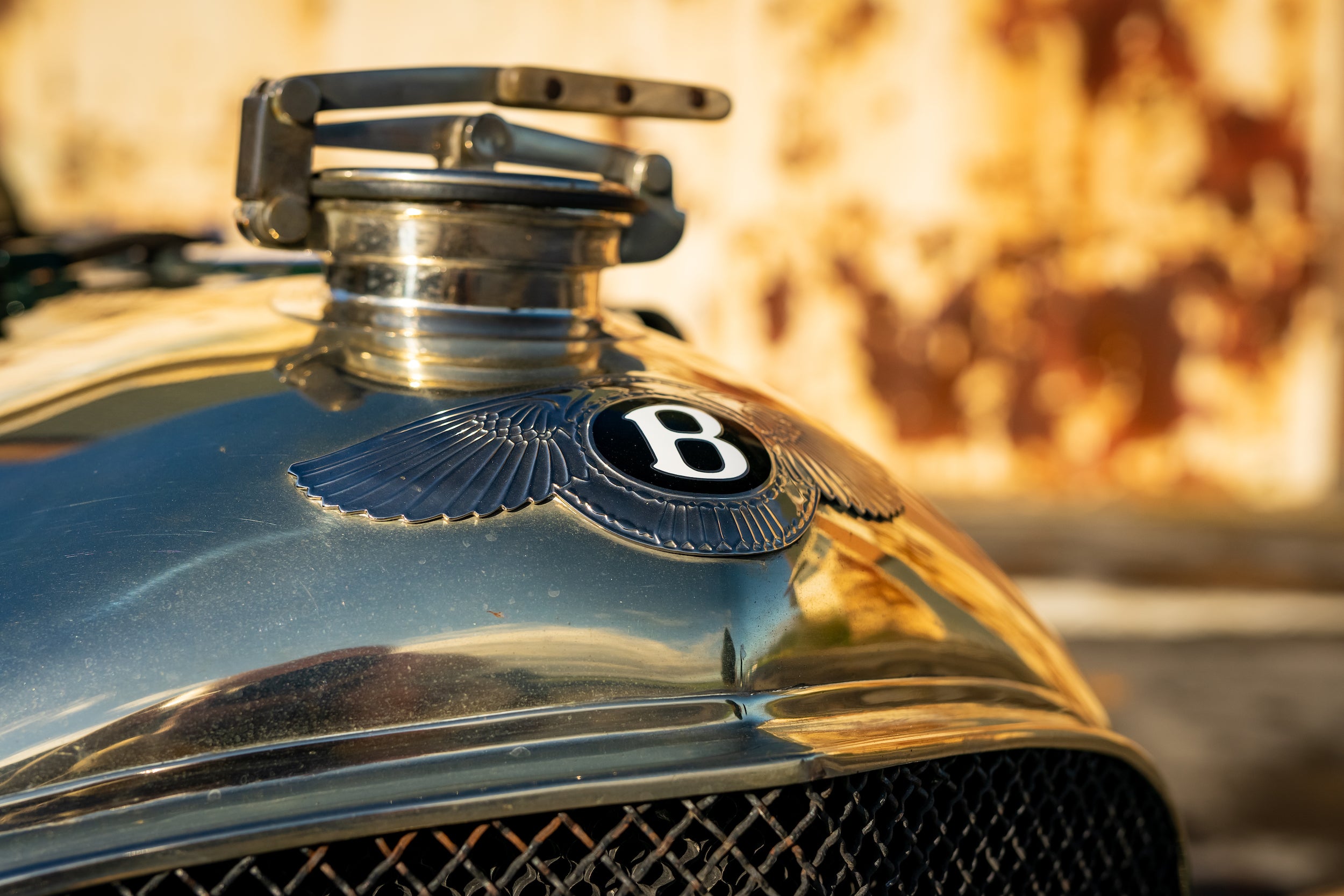 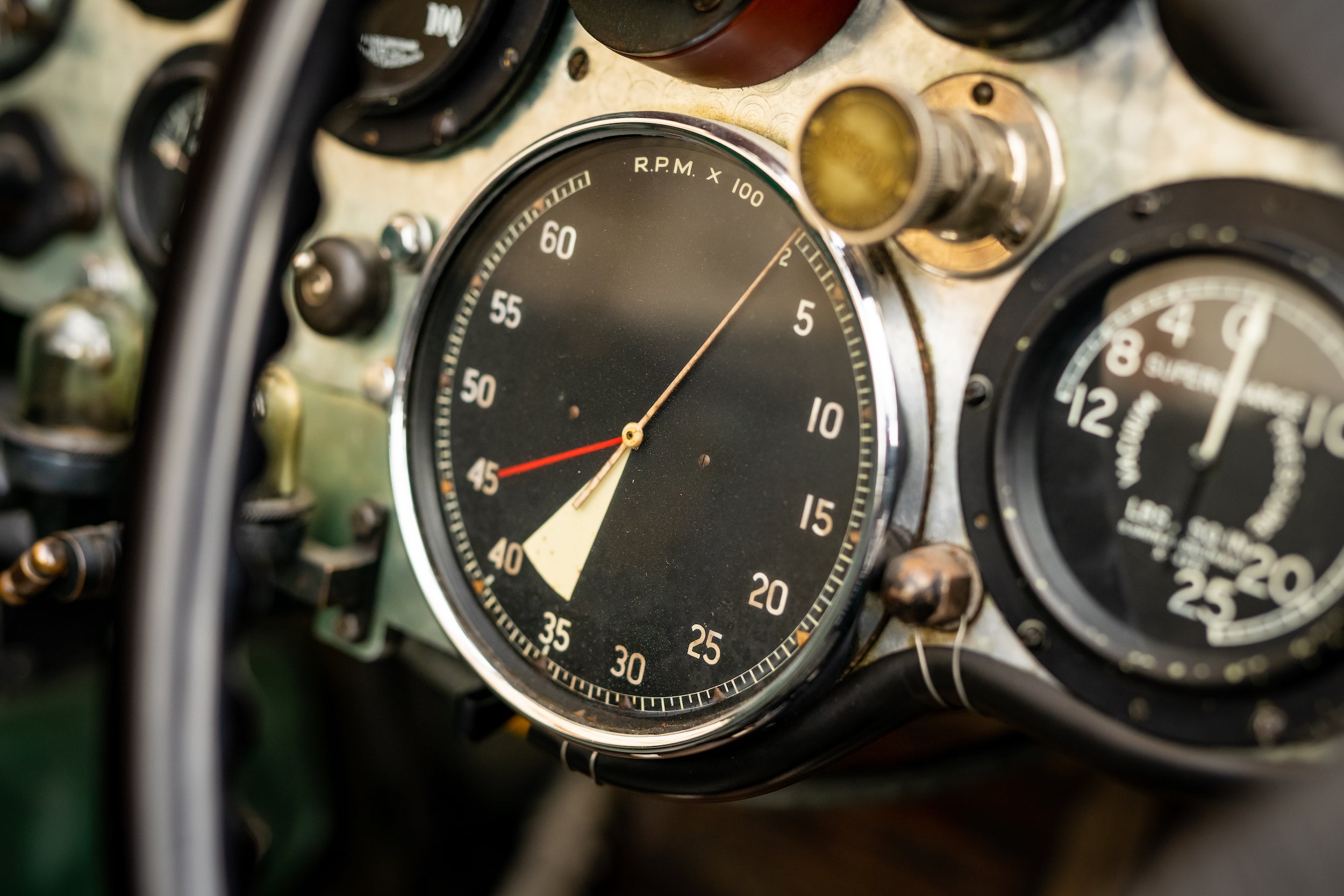 For every nervous moment that fired through my brain, there were at least a thousand instances of pure, unfiltered joy.

After an hour or so, however, I was physically and mentally exhausted.

That level of physicality and cognition to drive a short loop in the countryside was more than my 2021 brain could handle for a first go. Then I realised that people like Sir Birkin used to hustle these things for HOURS on end—checking oil levels so the supercharger didn’t explode, shifting flawlessly, fiddling with engine timing… all at over 100 mph.

The Blower is a special thing, driven in period by a different type of driver. For them, a lap of Brooklands could genuinely spell the end if something went wrong. The tech they were using wasn’t a new take on old ideas, but genuinely new, and therefore mind-bendingly complicated. 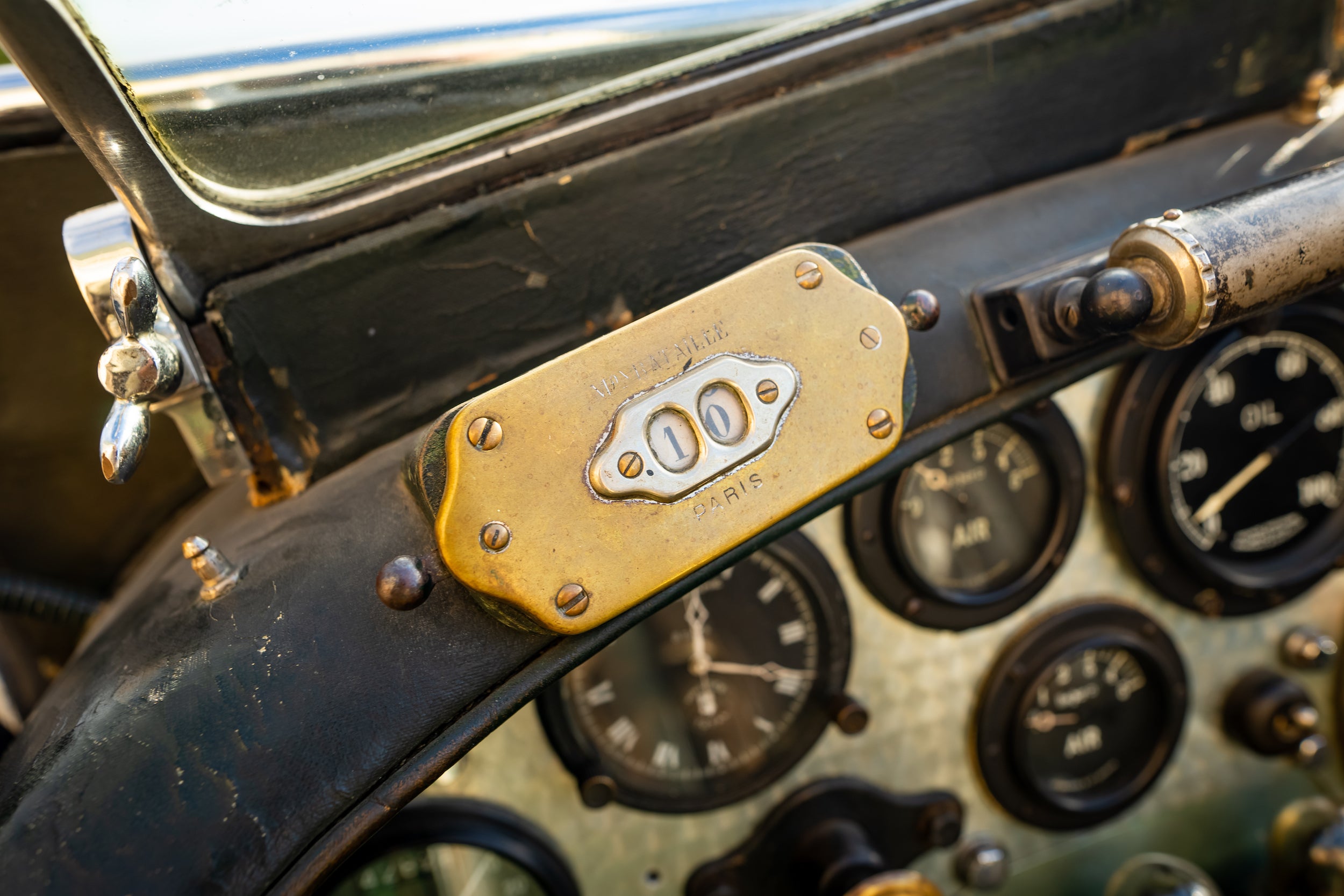 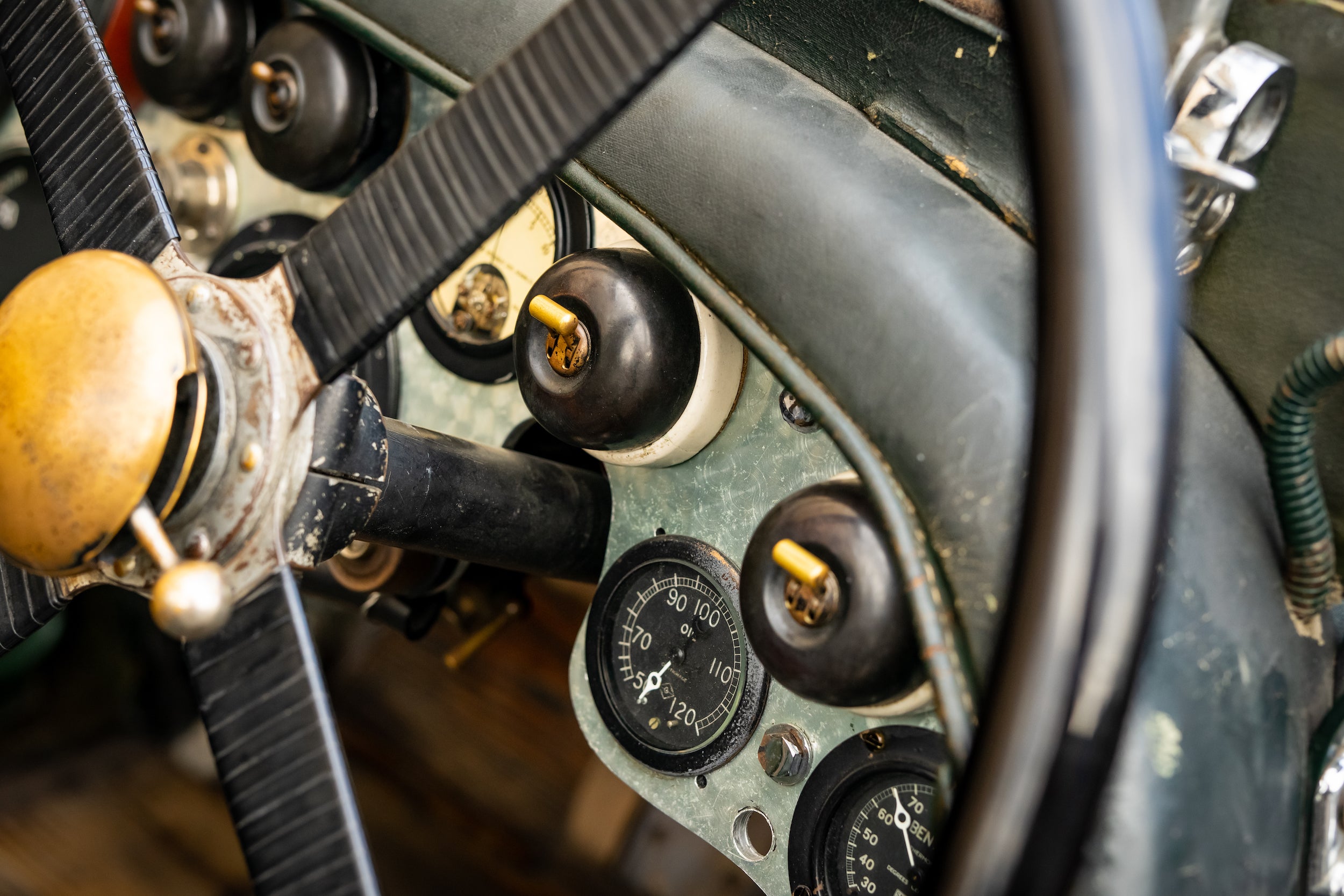 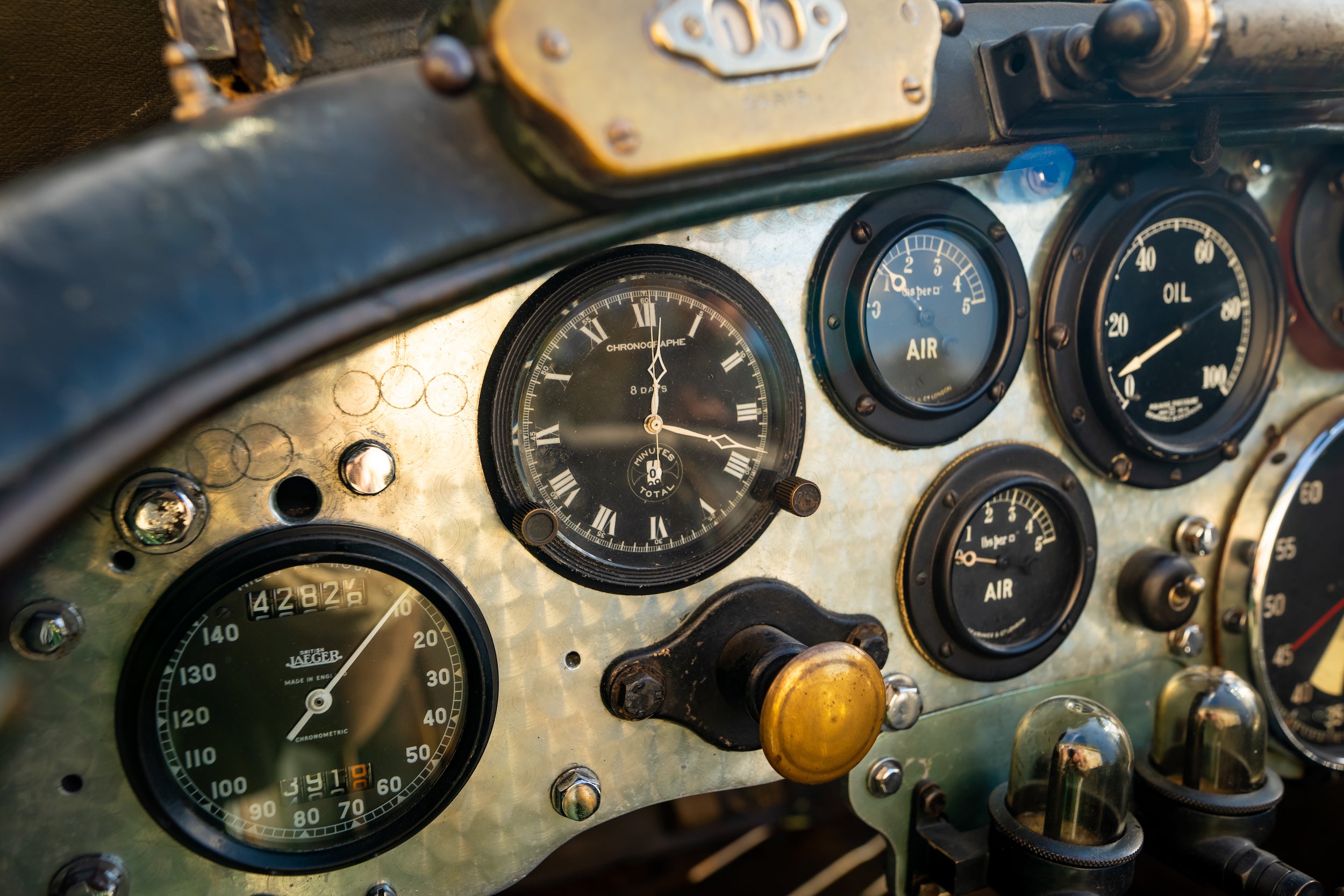 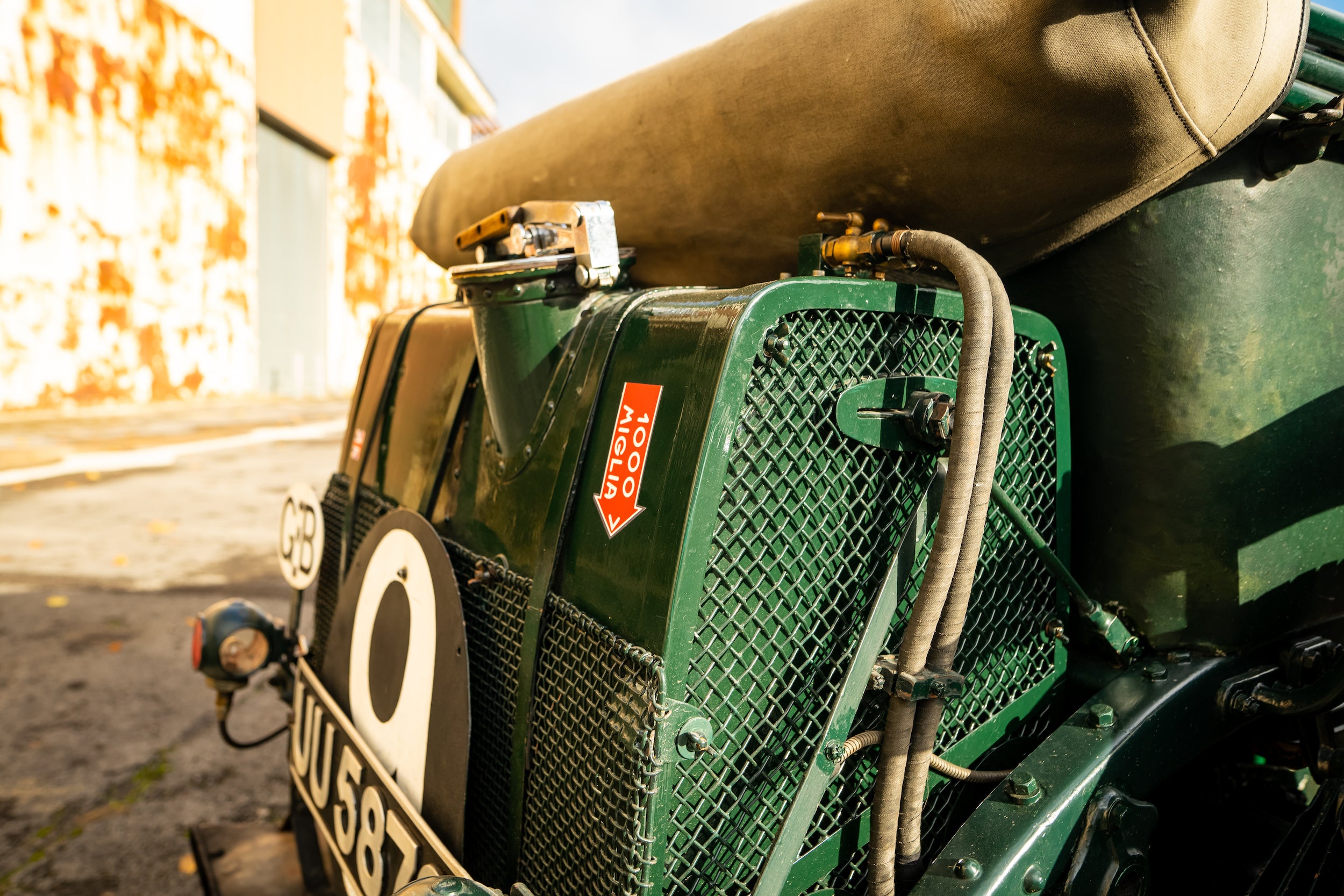 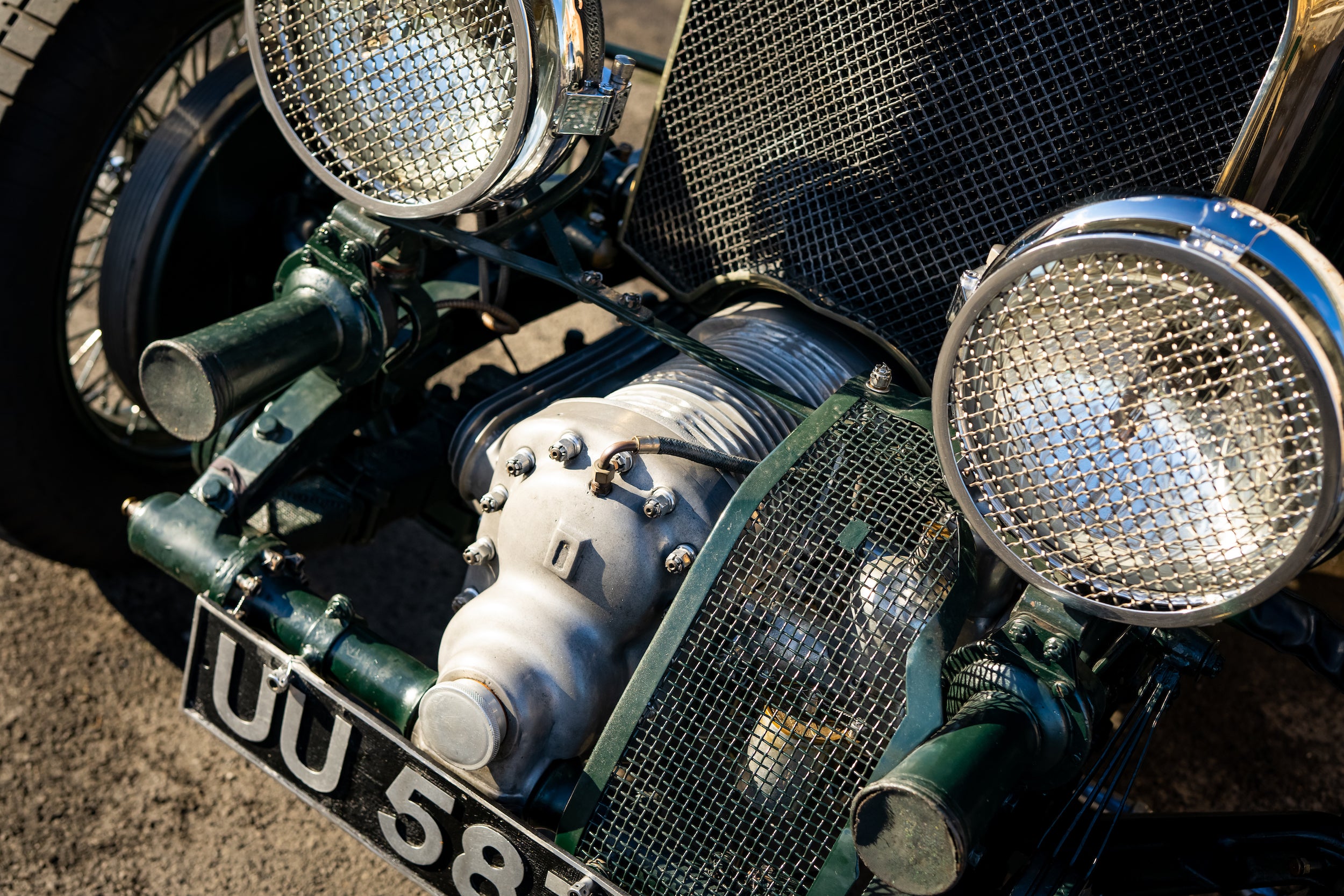 Now, nearly a century on, a supercharged car with 240 hp can go for a song in the used market and doesn’t require much attention at all. You and I can happily jump in our safe, warm, cozy cars and head ‘cross country at the drop of hat, thinking nothing of it. Back when the Bentley Boys were doing their thing, it wasn’t quite such a simple affair. A brief glimpse was enough to show me that we’ve all got it easy these days, but that sometimes the hard way of doing things is infinitely more fun. If not stressful.