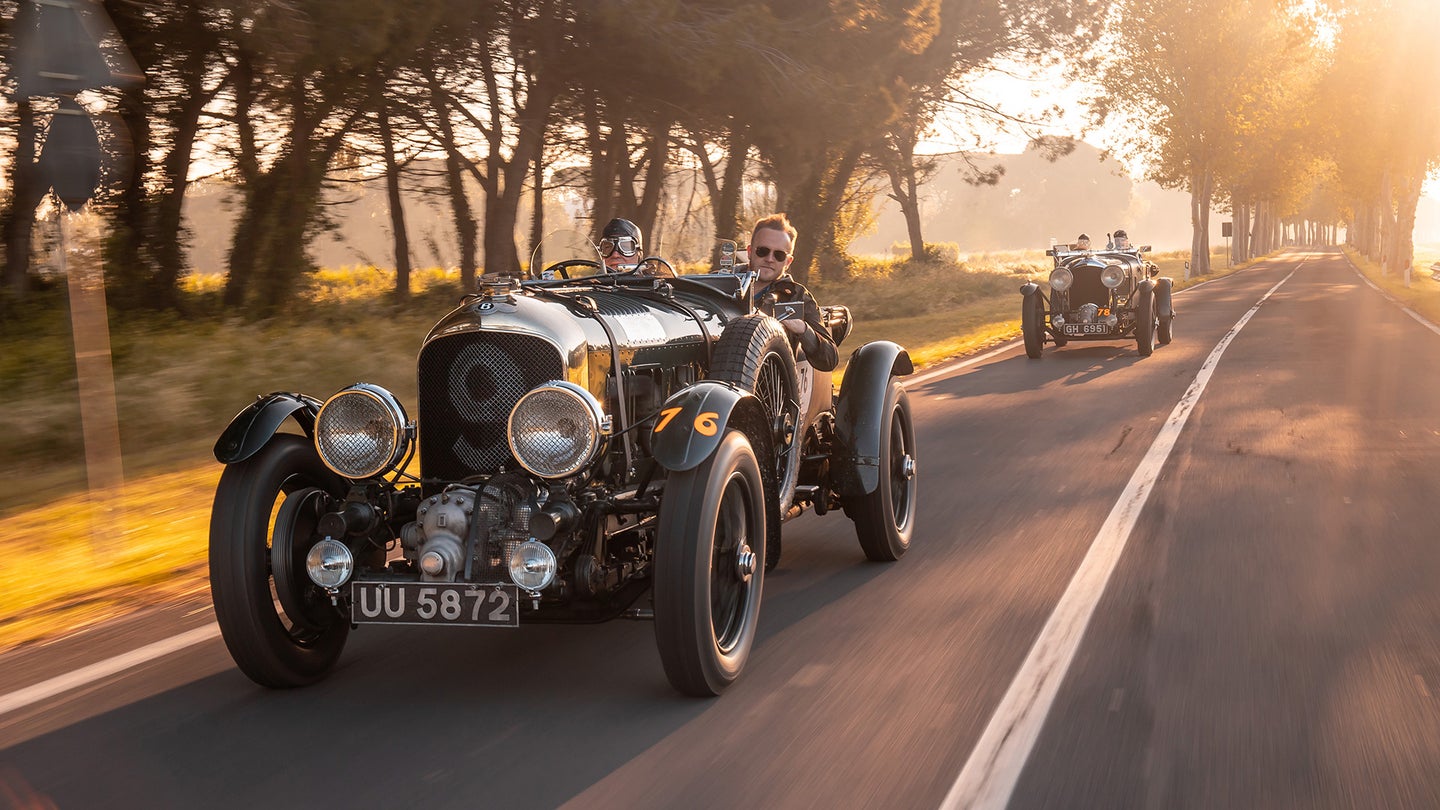 Bentley continues to celebrate its centennial this year in style with one hell of an anniversary gift to the world. The Crewe-based automaker has announced it will build 12 continuation examples of its most famous and valuable historic car: Sir Tim Birkin’s 1929 4½-liter "Team Blower" endurance racer.

The small-time British automaker made a big name for itself in 1929 when Sir Tim Birkin, one of the original “Bentley Boys” who helped establish the company in 1919, built just four copies of a race car based on the Bentley 4½-liter chassis with a supercharger bolted to the front. It was controversial at the time, at least by British standards—supercharger technology was still in its infancy then, and founder W.O. Bentley famously said that "to supercharge a Bentley engine was to pervert its design and corrupt its performance." There's no replacement for displacement.

But the Team Blower cars proved to be highly successful on track, competing in races like the 24 Hours of Le Mans and helping to cement Bentley's reputation as a pre-war motorsports giant. All four race cars built are still in existence today and are considered the most valuable Bentleys in existence.

To pay tribute to these cars, and in the first example of an automaker resurrecting a pre-war model, Bentley will be building 12 new examples of the Team Blower as a nod to the 12 races the original entered during its inaugural year. Bentley still owns one of the original copies, so its Mulliner team will disassemble the car, 3D scan each part, and create an exact digital model to use as a perfect base for the new production run. Workers will use a combination of the original tooling and modern technology when needed for safety to build the new-old cars.

The plan is to remake the cars to original specification with some minor tweaks and updates for the sake of safety. But it’ll retain its original leaf spring suspension, its gigantic 15.7-inch drum brakes, its original pressed steel frame, and the car’s 4.4-liter 16-valve four-cylinder with a replicated Amherst Villiers Mk-IV roots-type supercharger that originally made 240 horsepower.

It'll take up to two years to build them all, and chances are they'll sell well into the seven figures. A steep price for ersatz history, but proof that they do still make them like they used to—provided you've got the cash.

It’s Bentley’s vision for the ultimate luxury EV grand tourer of the year 2035.