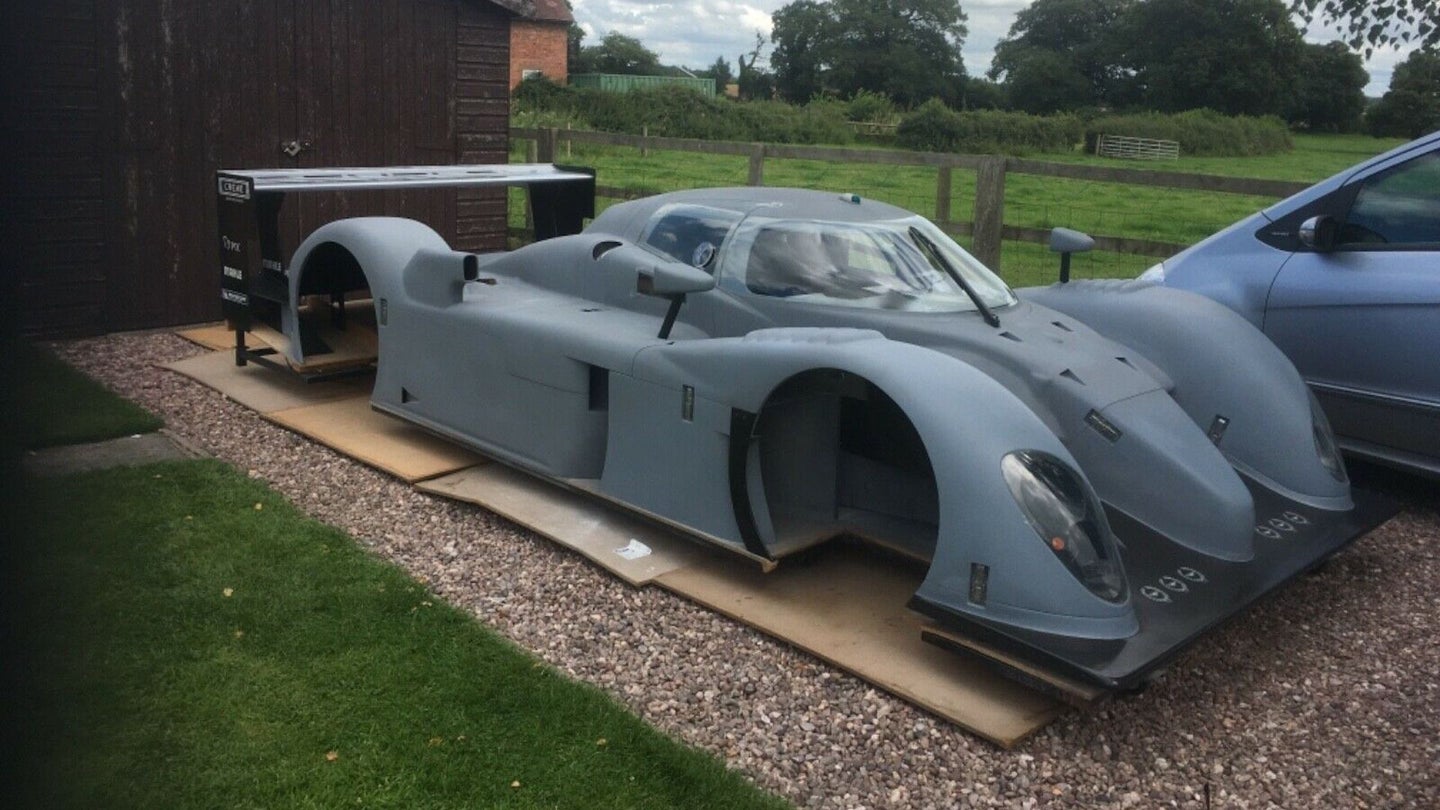 After making a name for itself at Le Mans in the late 1920s, Bentley retreated from the famous endurance race for the remainder of the 20th century to focus on other projects. In 2001, Bentley, at last, returned to Le Mans with an LMGTP prototype called the Speed 8, one partly derived from its Volkswagen-owned sibling Audi. Decades later, a homemade replica of said handsome car was painstakingly recreated for years by a loyal fan.

Blood ties didn't stop Bentley from going out for blood at the famed endurance race, and in 2003, twin Speed 8s outran multiple Audi R8 prototypes to take a triumphant one-two at Le Mans. This dominance seems to have inspired Bentley diehard Alexander Charles Buckley, who spent six years creating what might one day be a truly race-worthy Speed 8 replica.

Buckley is building the car beneath a faithful recreation of the Speed 8's carbon fiber body, which will presumably be bolted to a space frame at some point down the road. Behind its double-laminated windshield sits an interior that, for now, only houses a carbon fiber bucket seat of the spec used in the Bugatti Veyron, though in time, he'll mount the authentic Speed 8 dashboard and steering wheel he somehow got his hands on.

These aren't the only real Speed 8 components, either, as Buckley claims to have somehow also sourced unused dampers, suspension wishbones, and original vinyls from Bentley's Le Mans program. Its centerlock wheels and headlights likewise appear to be the real deal, and if they aren't, he's found some darned good stand-ins. Where Buckley has been forced to make substitutes he's used only the best replacement parts; such as its suspension knuckles, pushrods, and its axles are said to be Formula 1 surplus, and its brakes are AP Racing titanium units.

Strangely, the world only knows of Buckley's hard work because he considered bailing on the project, listing it for sale on eBay and Facebook for the equivalent of just over $30,500. Fortunately, the internet convinced him to take the project back off the market and see it through—as he ought to, having spent six years building his own Le Mans prototype.

Not many can say they've come that far, and even fewer can claim completion of such an ambitious project.

“Porsche Unseen” is a collection of Porsche design studies from 2005 to 2019, and includes everything from a roadgoing Le Mans car to a family van.