Electric power-steering can suck the fun out of anything. That's why you won't find it in the new Frontier. 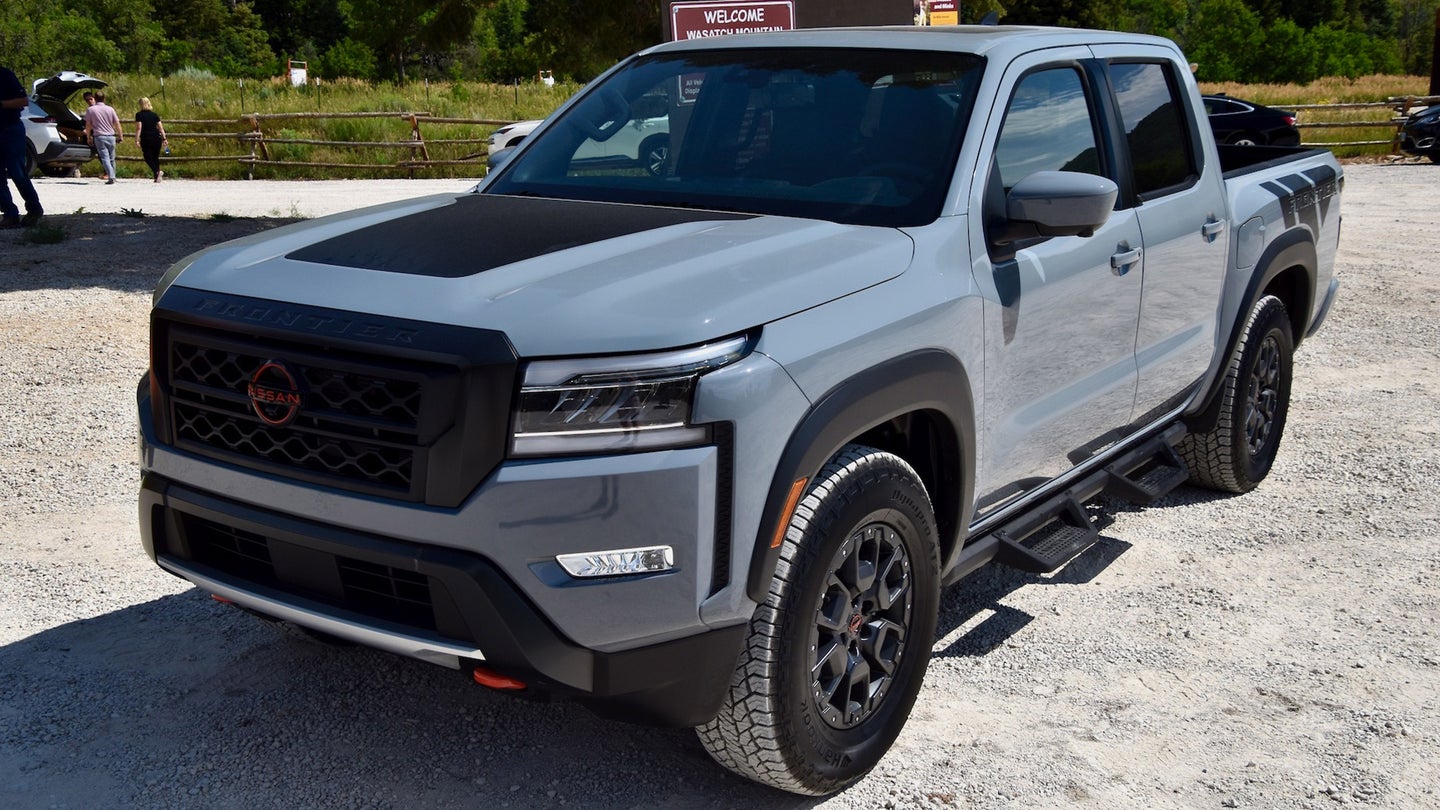 Power steering may have come a long way from its early, over-boosted days, but even in 2021, many cars have steering calibrated to feel as lively as dancing with a mannequin. This is especially true in pickups, where drivers' priorities generally lie more with not getting tuckered out by their hefty vehicles than feeling the nuances of the tarmac. One can have it both ways, though, as the 2022 Nissan Frontier has improved on almost all of its predecessor's strengths, one of them being steering feel, making Nissan's renewed midsize pickup feel more agile than any other truck in its class.

Understanding why requires an overview of the new Frontier's steering setup, which consists of a belt-driven hydraulic pump backing up a rack and pinion. Nissan says this rack is 16 percent quicker than the updated 2020 model's; its 17.3:1 gearing reducing turns between locks to a flat three. For reference, that ratio is nearly identical to that of the 2021 Ford Raptor.

Steering in this truck is heavily boosted so as to make it easier to drive, and in off-road situations, reduces the risk of the steering wheel jerking around. Nissan, though, handles that with an extra steering damper, allowing power assist to remain modest, and thus the connection between the driver's hands and the front wheels feels fully mechanical.

As outlined in my full review of the impressive 2022 Frontier, this weight gives the driver enough trust in the steering to capitalize on the improved handling. There's a stiffer sway bar up front, an added rear sway bar, and on lifted Pro-X and Pro-4X models, Bilstein shocks. Even those two taller trucks corner with more confidence than either a Toyota Tacoma TRD Off-Road or a Ford Ranger FX4, both of which sometimes react to sudden changes of direction by recoiling heavily and making screeching sounds. And despite that added stiffness, the added steering damper means the Frontier isn't a bigger handful to drive off-road.

Granted, its hydraulic pump does impact mileage, with Car & Driver reporting this likely lops off one mpg, ceding the fuel economy edge to the Tacoma. Even so, this negligible difference is more than overshadowed by the gulf between the two's driving dynamics; the Nissan feels like a younger, more agile truck because it just is.

Whether that matters enough to buyers to sway them away from the Toyota—which has a resale value as unshakable as its drivetrain—remains to be seen. To those who drive both, though, the better truck to drive every day should be obvious.