The pickup was discovered by recreational divers who then reported their findings to local authorities. 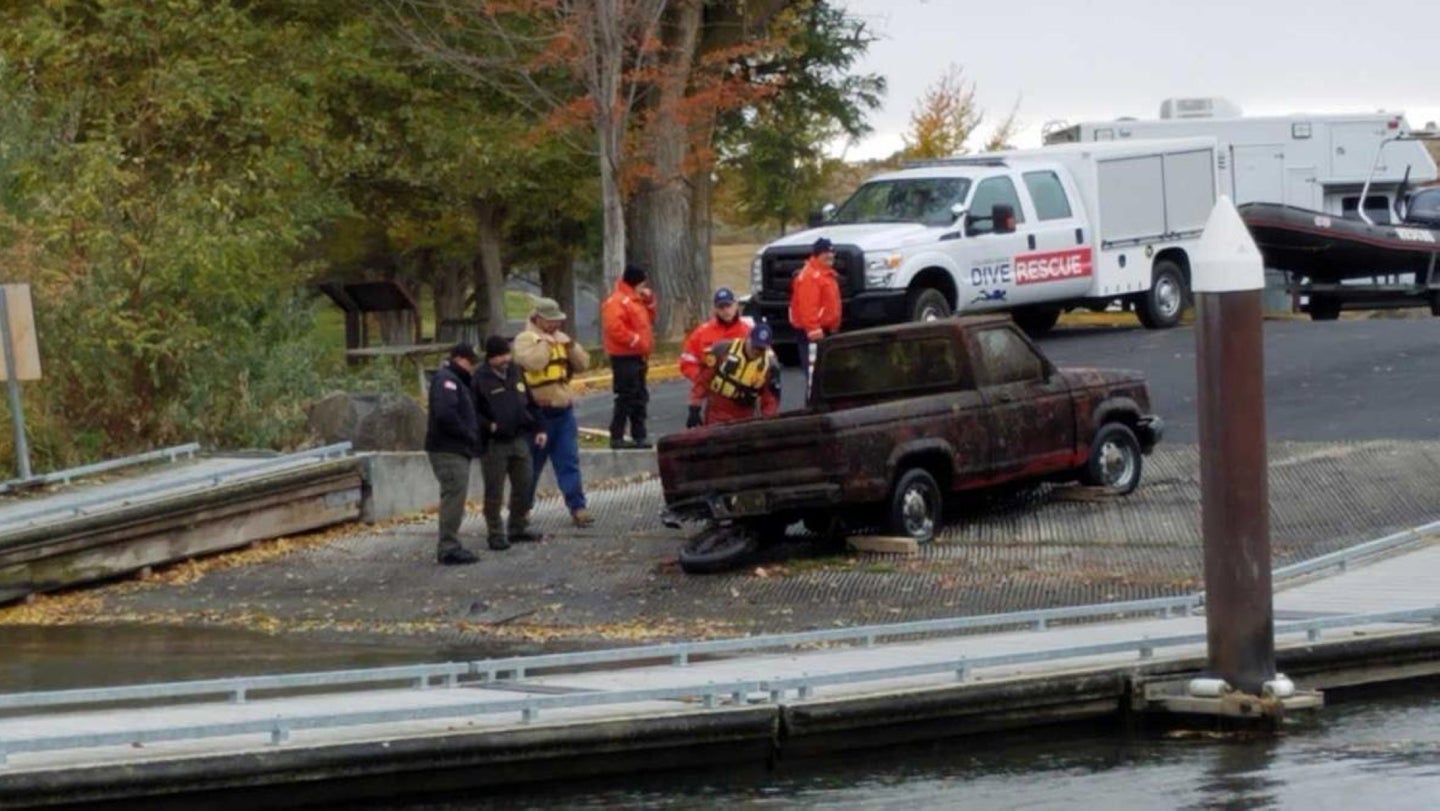 Last Thursday, recreational scuba divers found a Ford Ranger pickup truck submerged in the Columbia River with skeletal remains still inside it, KPTV reports. Authorities have not yet identified the remains, but the vehicle was registered to Maynard Koen, who was reported missing 26 years ago.

Koen's driver's license was also found inside the truck, revealing him to be a resident of Prosser, Washington who was born in 1911.

Koen's Ranger was found about an hour away from Prosser, at the Hat Rock State Park boat launch on the Oregon side of the Columbia River. The truck was discovered just past the end of the dock, submerged in about 20 feet of water.

The Umatilla County Sheriff's Office connected the Ranger to Koen's missing person case after looking up the truck's Washington license plates, KPTV reports. The remains inside were found after the truck was pulled from the water, along with Koen's driver's license.

Koen has been missing since August 1993. The condition of the Ranger pulled from the river suggests that it has been in the water since roughly the time he disappeared, the sheriff's office explained. Surprisingly, much of the truck was still intact after being winched to shore.

There's no word on whether police are considering the possibility of foul play, though they are currently investigating what's left of the water-logged vehicle for insight on the case.

The Oregon State Medical Examiner's Office will ultimately confirm the identity of the remains. If confirmed as Koen, the divers' find could finally put to rest the decades-long missing person's case.

The car was spotted in a suburban retention pond after a neighbor casually scanned the neighborhood on Google Maps.