Witnesses say the driver had cracked open a cold one before initiating his tire-testing procedure. 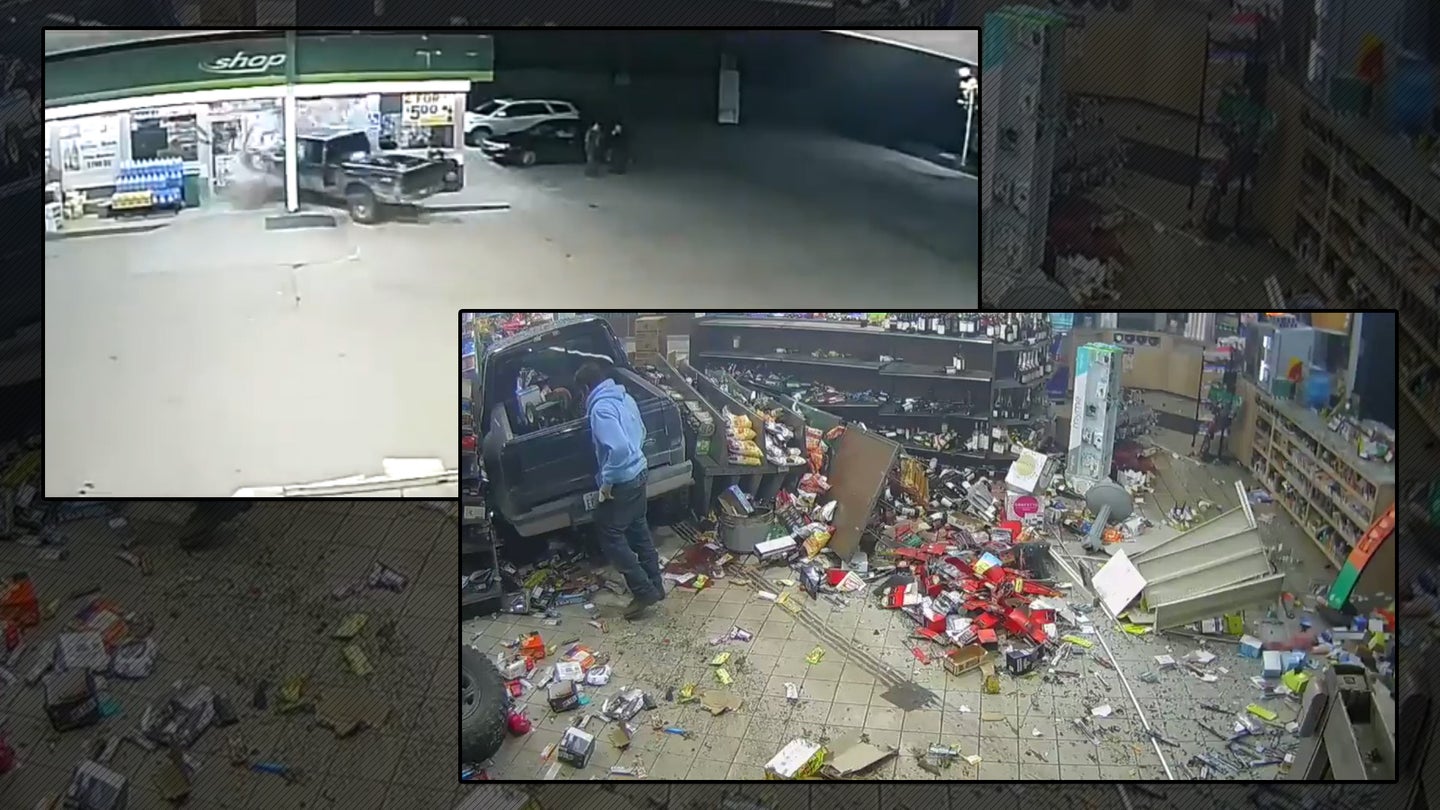 Michigan police arrested a 24-year-old man after he ran out of skill while performing a burnout and crashed his Ford Ranger into a BP gas station.

During the early morning hours of Oct. 24, police say that William Edmonds, a regular customer at this particular BP station, got out of his pickup and entered the convenience store. According to ABC12, he reportedly bought some beer and opened one for the road before slipping into the driver's seat of the truck, which was parked at the fuel pumps.

A gas station employee reportedly told police that after Edmonds got in his truck, he accelerated and collided with a gas pump island. His Ranger then careened into the gas station and came to a stop near the rear of the store. Edmonds exited the vehicle, tore off his license plate, and fled the scene on foot.

Given that Edmonds was a regular customer and his face was all over cameras, it didn't take long for police to positively identify the suspect despite the vehicle missing its registration tag.

Nearly 13 hours after the incident, deputies from the Oakland County Sheriff's Department arrested Edmonds at his home. The driver admitted to drinking and eventually told police that he was attempting to "give the new tires a spin" when he struck a curb and lost control. Edmonds said that he had no intention of crashing into the building or putting other people at risk—instead, he indicated that after the incident he fled because he was fearful.

Police charged Edmonds with reckless driving and leaving the scene of an accident. Edmonds was released on a $5,000 bond and was told not to return to the gas station.