The incident is mundane, but when commentated like a sporting event, it turns into internet gold. 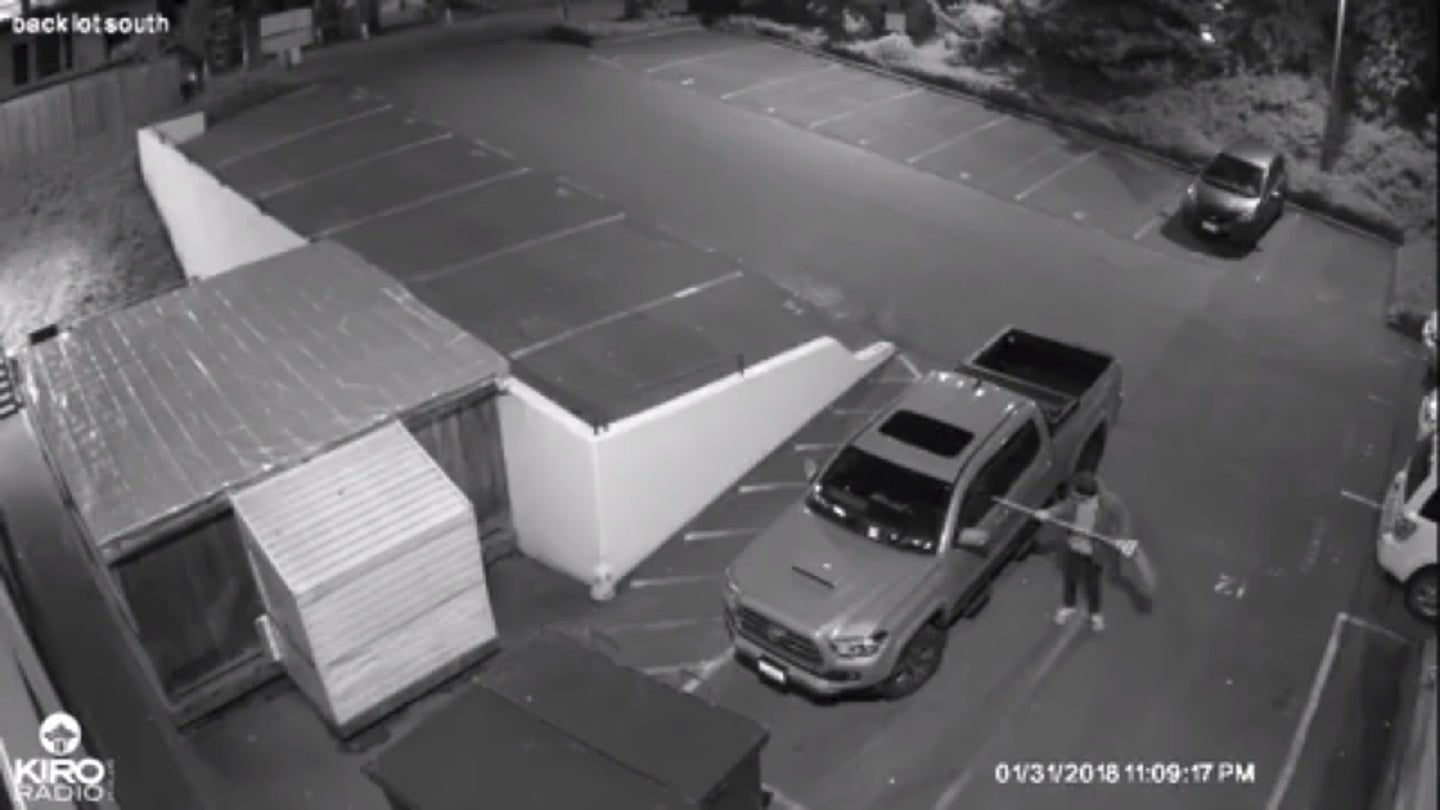 A security camera captured the alleged break-in attempt of a pickup truck parked in KIRO Radio 97.3 FM's parking lot Thursday. The likely intoxicated perpetrator struck the driver's window several times with a mop handle before wandering off and falling some distance. The video, by itself, is not particularly entertaining. KIRO's John Curley changed that by adding his sportscaster style play-by-play commentary.

Curley sets the scene with the man whacking the truck several times with the mop handle, seemingly with no success toward whatever his goal happens to be—vandalism, burglary, who knows. But the Toyota takes all the abuse in stride, not yielding to the man's attempts to ... do whatever it is he's trying to do. In repositioning himself for a second attempt, he appears to get distracted—squirrel?—and wanders off to a nearby rooftop instead. For whatever reason, he tries to climb onto it. However, he rolls a 1 on his figurative "climb" check, and plummets to the pavement below, which he hits hard and remains motionless for the remainder of the video.

I think more portions of the news should try using sportscasters to narrate such events instead of the usual anchors. How about police chases? Instead of the anchors repeating "this is a very dangerous situation" and constantly getting the model of the car wrong, bring in the sports commentators to provide more colorful commentary of the chase. Or even just regular news items. In fact, why can't the entire newscast just have a sportscaster play-by-play commentary?