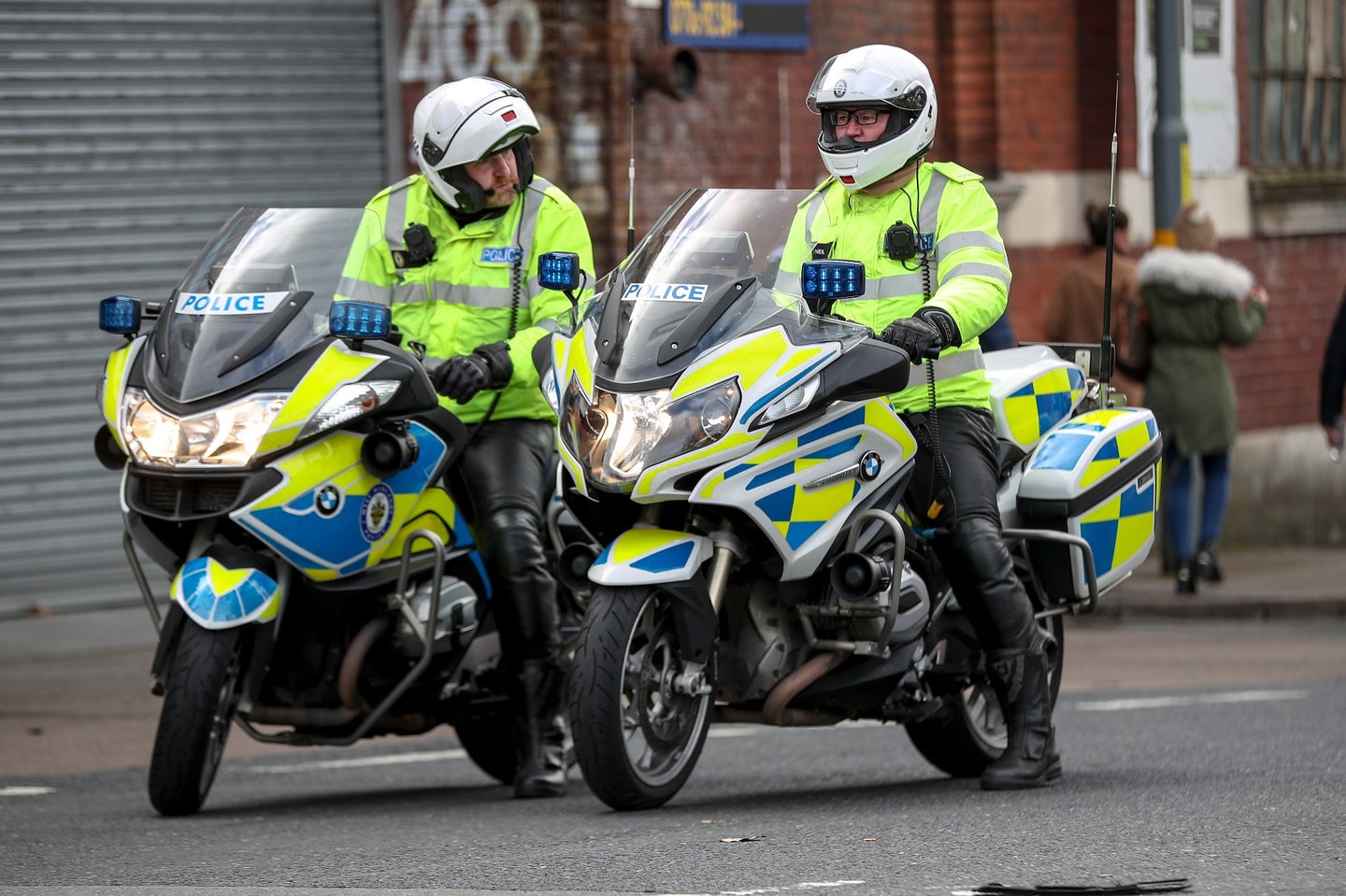 I don’t know why so many people like doing dumb stuff on camera. Haven’t they learned by now that eventually you always get caught? According to the Birmingham Mail, a couple of knuckleheads in Birmingham, England recorded a video that shows a guy smashing up a cop car. The video was posted on Instagram last month and has been viewed nearly 120,000 times.

The video shows a guy in camo pants, dark jacket, and a helmet hurling bricks and rocks at the side of a squad car. The brick shatters the driver’s side window while the other stones bounce off the reinforced rear window. Egged on by his buddy filming the incident, the guy jumps on the hood of the car where he proceeds to stomp the front windshield. The cherry on top comes as he gets on the top of the squad car, kicking the police lights then trying to pry them off. He wasn’t strong enough to rip off the lights so he settles for a few more kicks before hopping down.

All the while you can hear his buddy laughing, adding a very British soccer hooligan sounding, “Merry F****** Christmas!” It sounds like there’s a motorcycle idling in the background, likely their getaway vehicle.

Speaking of the vandalism, Chief Superintendent of the West Midlands Police Department, Bas Javid said, “They have failed themselves more than anything else. Shameful.” Police are hoping that online viewers will be able to clue them in on possible suspects. They’ve asked for anyone with information to contact the police department. West Midlands Police Chief Constable David Thompson tweeted, “News on these idiots welcome to us or @crimestoppersWM."

This isn’t the first time police in the area have dealt with vandals posting videos like this online. Last year, footage was posted online of a masked thug smashing a police car while officers were at a war memorial.