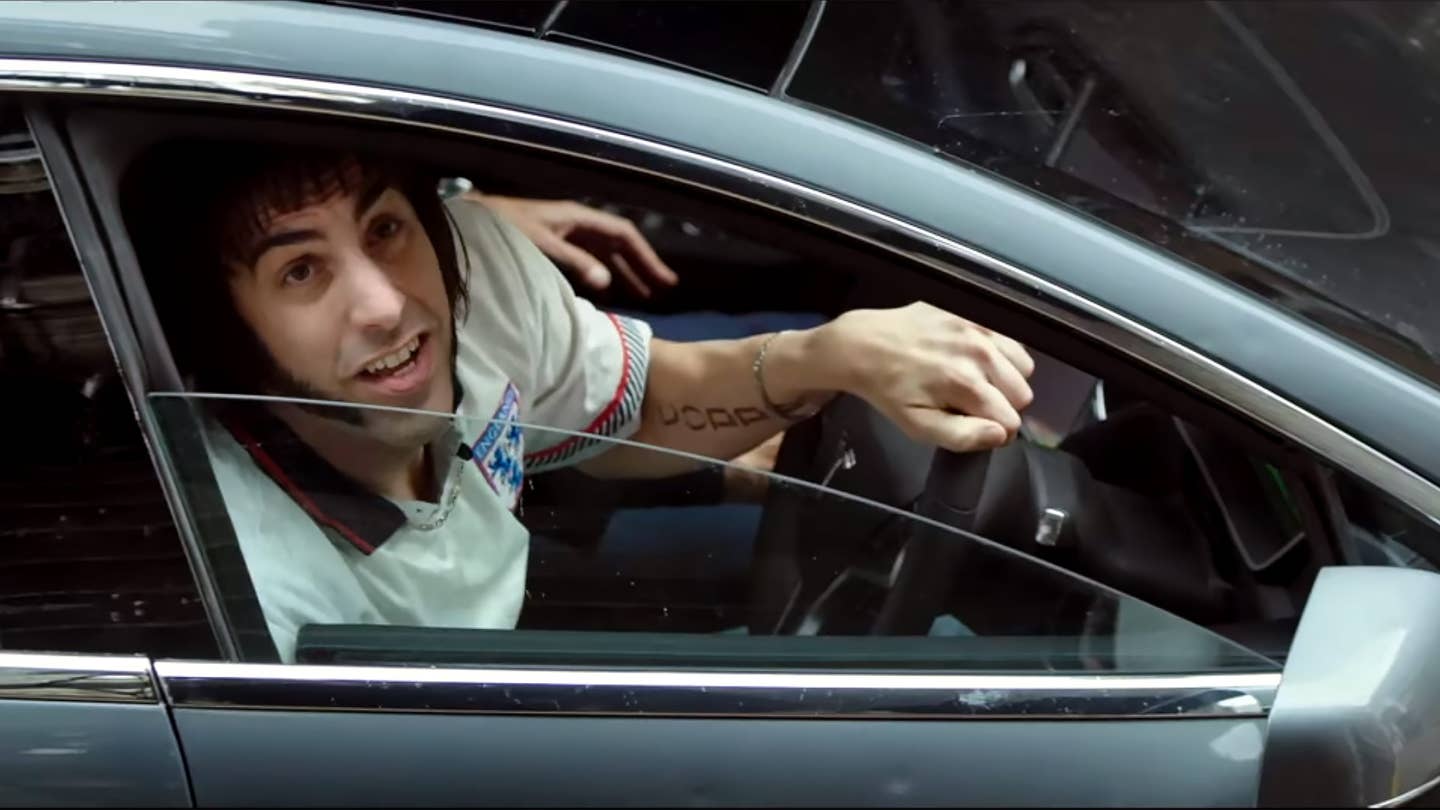 A stock Tesla Model S can't really deflect gun fire, but we can see what this would look like thanks to the magic of movies. The all-electric sedan will be, at least in a theatrical sense, bulletproof. All for the sake of a gag.

The movie in question is the upcoming The Brothers Grimsby, which stars English comedian Sacha Baron Cohen (famous for playing Ali G and Borat) playing a hapless kidult. The premise is that two orphaned brothers are separated at childhood, and while one becomes a feared assassin, the Cohen character turns out to be a mutton-chopped hooligan. How silly is he? Well, one of the comedy riffs involves the rather dim Cohen opening the window of the "bulletproof" Tesla to tease opposing gunmen. We'll see what Rotten Tomatoes has to say about that (and the film in general, but that's another story).

Exposure for high-end vehicles in the movies is nothing new, and has been prominently practiced in the long-running James Bond series of spy flicks for the past 50-odd years. There are other examples as well. 2003's The Italian Jobcertainly made a good case for driving Mini Coopers (the newer, BMW-owned versions) fast and around lots of obstacles. More recently, the 2011 Tom Cruise, uh, vehicle, Mission: Impossible – Ghost Protocol featured a prototype version of what would become the BMW i8 plug-in hybrid. And what, of course, could have had a bigger role in the worldwide popularity of the Jaguar XK-E Hearse than 1971's Harold and Maude or the Fisker Karma in Paranoia? On second thought, don't answer those.

Keep an eye out for The Brothers Grimsby and that bulletproof (and oh-so-Bond-like right-hand-drive) Model S in cinemas next March. For now, you can take a look at the slightly NSFW trailer below.