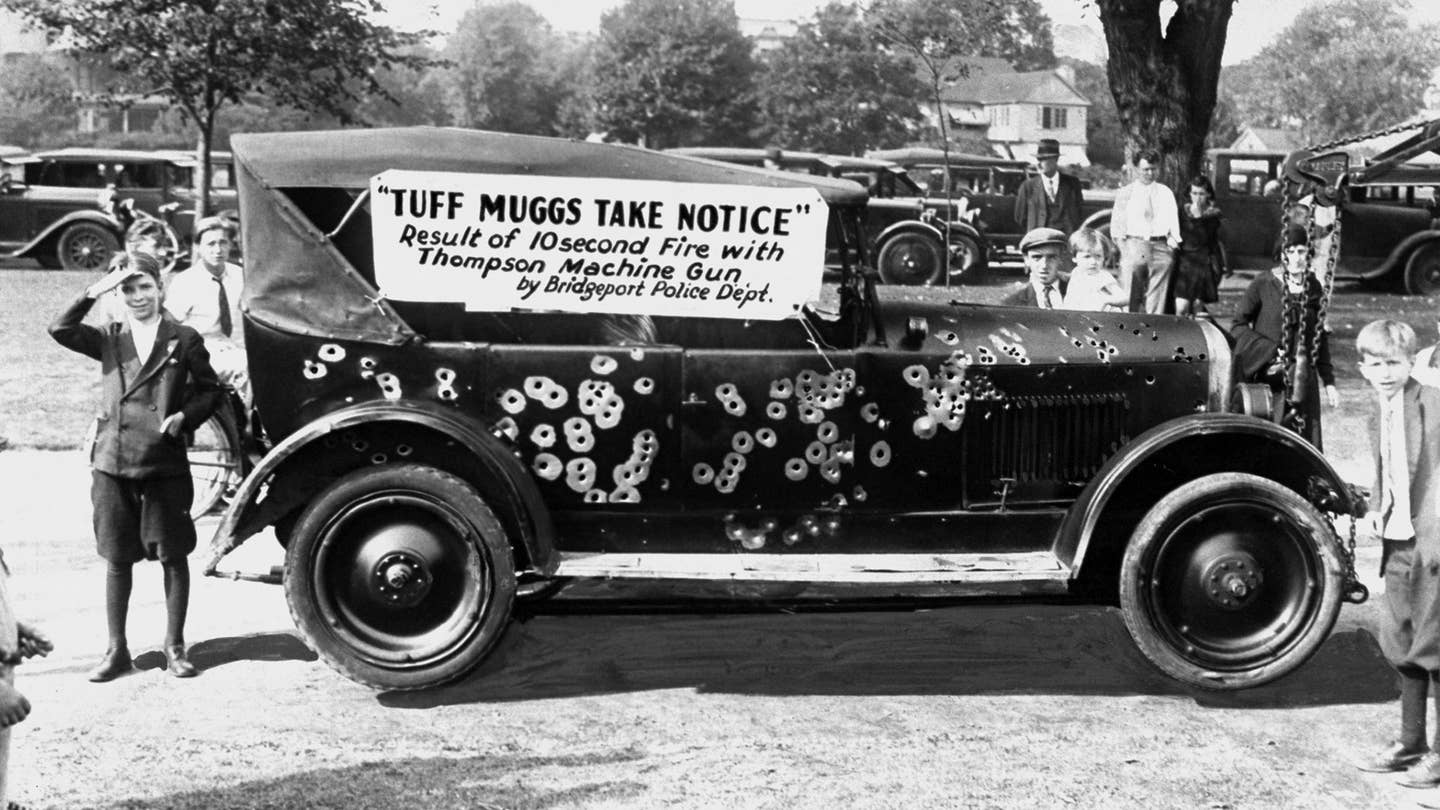 To be honest, all we know of pirates comes from fiction: Johnny Depp in a screwball hat chewing fake tobacco. Still, one gimmick has to be true: the stringing up of captured and killed pirates as a warning to other bandits or, conversely, the stringing up of law enforcement by the pirates as a way to say, back off. So gruesome, yet so, presumably, effective. A deterrent whose sting leaves victims quaking, There but for the grace of God go I.

That’s what this Depression-era display was going for. Beset by the scourge of gangsters and robbers, the police and fire departments of Bridgeport, Connecticut, set up this bullet-riddled sedan, with a sign indicating that with Thompson machine guns, they could turn a car into swiss cheese in 10 seconds or less. It’s pretty alarming to imagine anything soft and fleshy on the other side of those hole-y doors. Were we a Tuff Mugg, we’d sure take notice and highly consider a career involving fewer machine guns. Like, seamstressing.