It rolls and even has a working suspension. 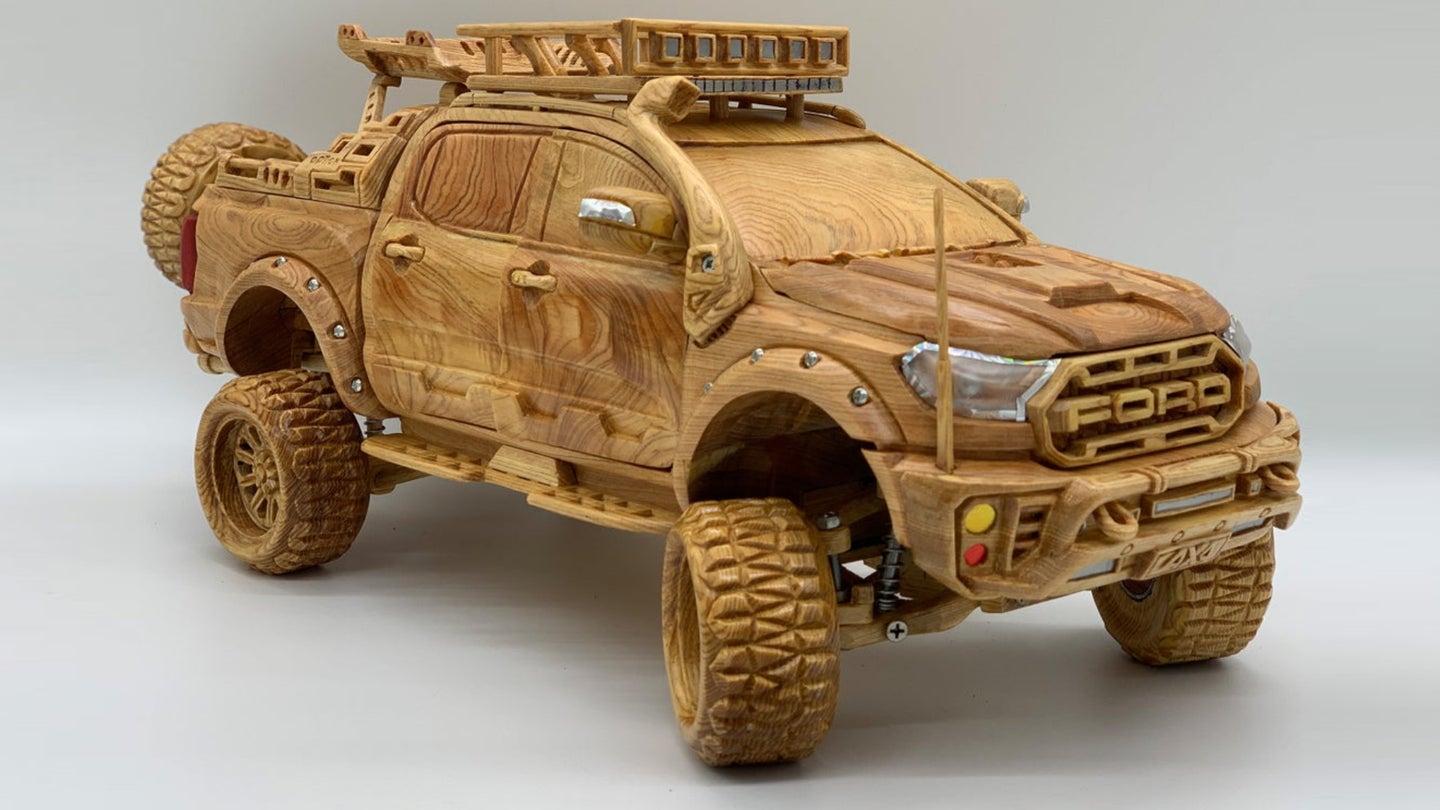 A far cry from the wooden spear whittling most of us are used to, YouTuber WoodworkingArt does some of the most incredible carvings we've ever seen. Not only do his vehicular creations look the part, but they typically have functional suspension and are capable of rolling around on wooden wheels and tires. This week, he's decided to make a custom off-road build of a Ford Ranger Raptor, after carving a normal Ranger Raptor about a month ago and a Chevy Silverado pickup truck before that. He seems to be a truck fan, then.

Carved out of Fujian Cypress at a scale of 1:12, this custom Ranger has all of the bells and whistles, including a roof rack, snorkel, and a set of chunky off-road tires. According to the artisan—who lives in Vietnam—the car weighs roughly 11 pounds, which is hefty for such a small model. He claims it took 35 days to make, which, considering the $2,000 price tag for the truck, is a bargain.

The seller even says that if you're not satisfied with the wooden Ranger you bought, you can return it within 14 days and receive a full refund. I'm not sure what would lead you to be dissatisfied with a wooden Ford Pickup that you literally watched being made, but the offer stands nonetheless. Oh, and speaking of watching it being made.

The work of art's intricacy is pretty amazing, and the small details like the metal fasteners added to the wheel arches and small bits of paint and plastic really add to the whole picture. It would be really neat to make these remote-controlled and have an all-wooden miniature car rally.

Then, WoodworkingArt could join the ranks of Skoda and Morgan, both of whom have made or still currently make cars with functional wood parts. In fact, I think that WoodworkingArt should attempt to make a full-scale, or half-scale car. If you can 3D print a car, why not carve one?