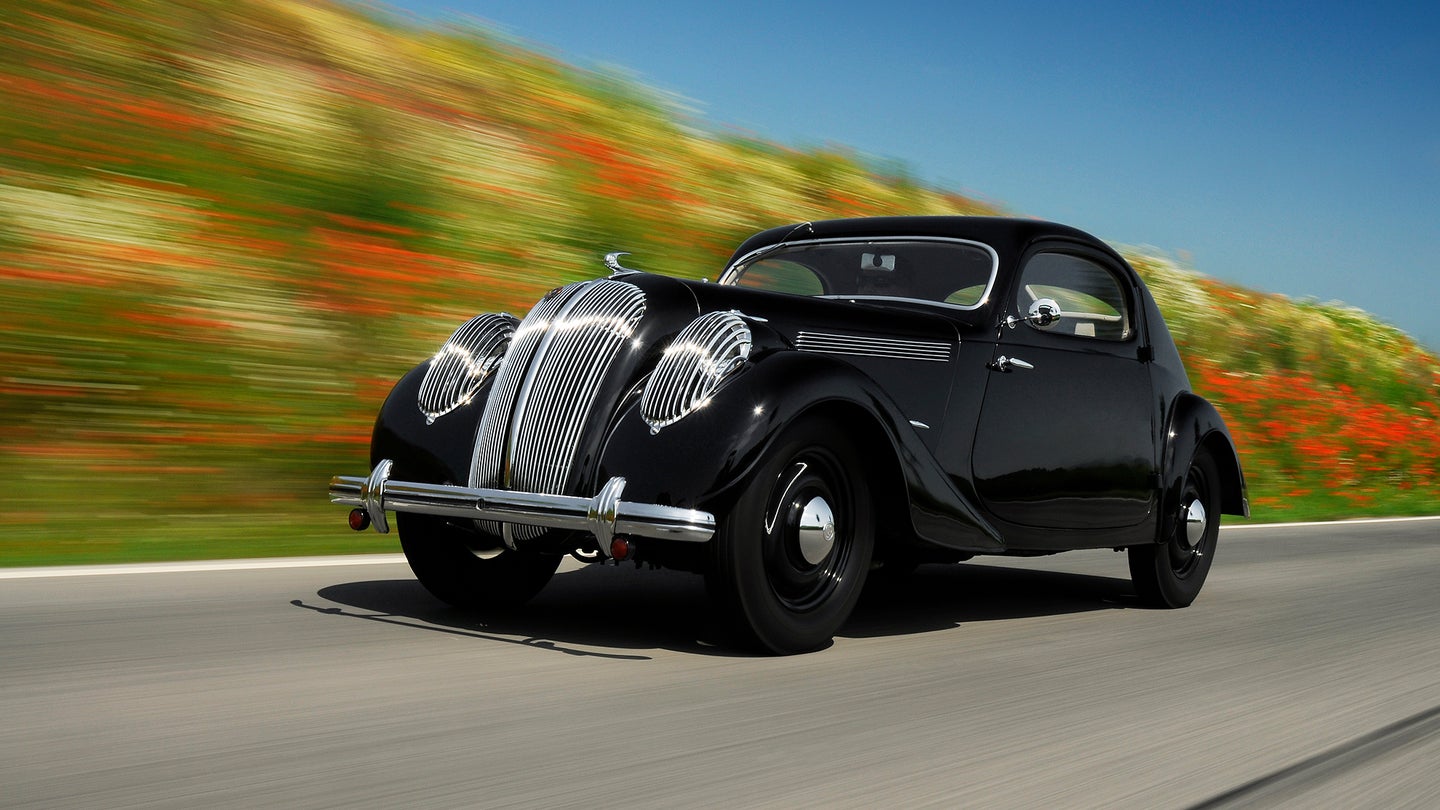 Before load-bearing unibody chassis came to be, carmakers used traditional ladder frames with wooden structures bolted on, which would ultimately be covered with bent layers of wood or hand-hammered sheet metal. While the rest of the industry has long moved on from this time-consuming and costly practice in the name of efficiency and profitability, small-time automakers like Morgan still do so to a certain extent, using frames made of ash in England. This year, Škoda, a brand that's been on both sides of this manufacturing process, celebrates its 125th anniversary.

Having started in 1895, Škoda built its first dedicated body shop in 1926, with the four-story building housing its paint team at the top, and the rest of the line flowing downward.

Wooden frames and tinsmiths were fully replaced by steel-pressing machinery in 1952 when Škoda introduced its 1200-series sedans and wagons. The company also produced about 2,000 ambulances, all powered by 34-horsepower overhead-valve four-cylinders.

Four years before the Warsaw Pact invasion of Czechoslovakia, Skoda managed to launch its first unibody car, the rear-engined 1000MB. As a result of the sudden Soviet influence, the brand's research and development budget were severely cut after 1968, while much to the Moscow leaders' joy, the first unibody SUV in the world became the Lada Niva in 1977.

After the Czech Republic became independent again in 1993, Skoda was gradually privatized to the Volkswagen Group, becoming a wholly-owned subsidiary in 2000. Today, the company's historic factory in Mladá Boleslav is capable of rolling out 123,000 uniformly shaped pressings a day, all thanks to the continuous advancement of technology right where it began 125 years ago.

A hopeful sign that young people aren’t completely sold on the appliance automobile.

Sabine Schmitz’s time in this mid-size SUV is actually quicker than Jeremy Clarkson’s in a diesel Jaguar S-Type, if you remember.