Lexus is also celebrating 10 years of ‘F’ with this supercar masterpiece. 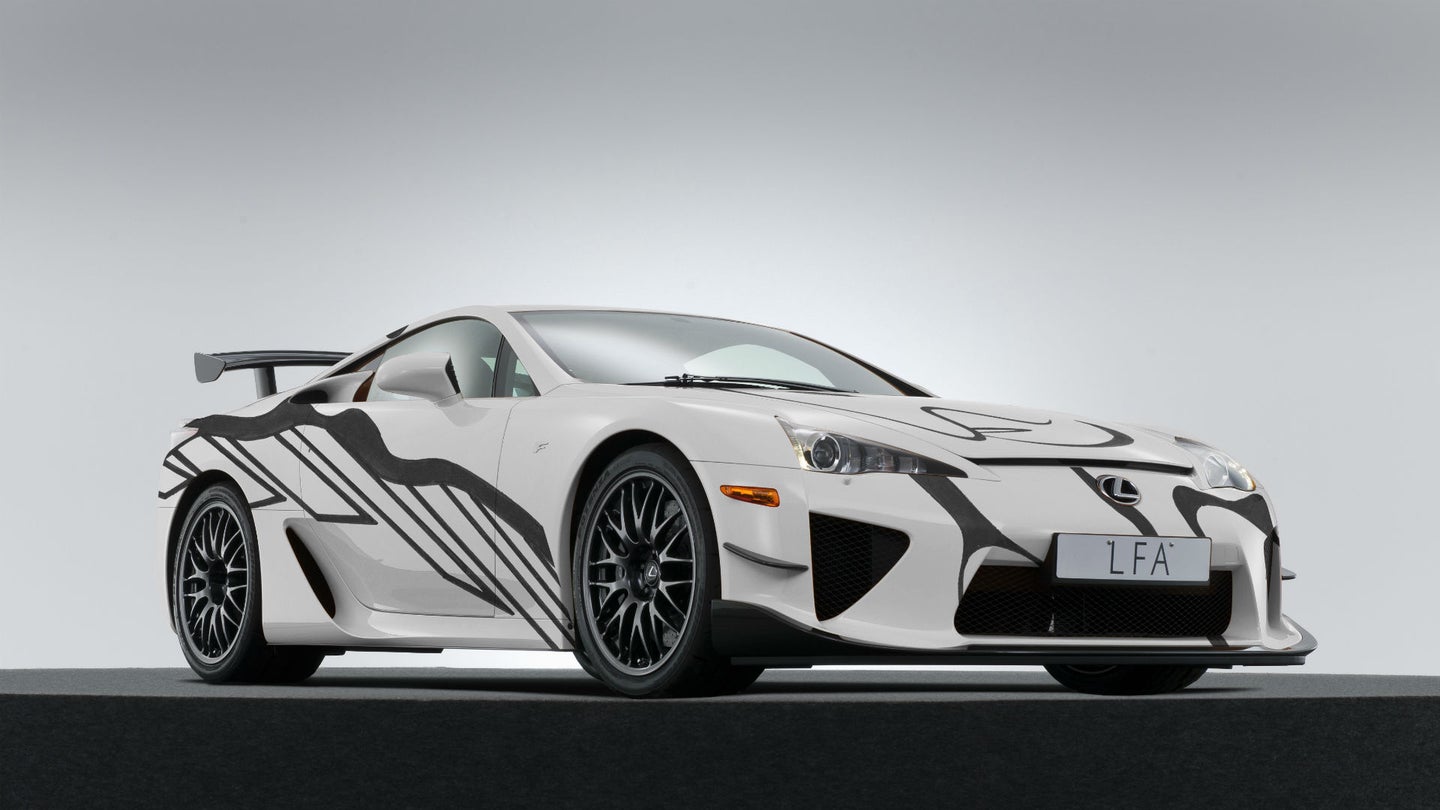 Lexus will participate in the Total 24 Hours of Spa-Francorchamps for the first time ever this year. To celebrate its inaugural entry at the grueling Belgian endurance race as well as 10 years of its "F" performance division, Lexus Europe has commissioned a one-off LFA art car that will be officially unveiled at Spa.

The LFA cookies-and-cream-like grey and white paint scheme is what the press release describes as "an organic pattern expressing the feeling of movement and constant evolution," showcasing Lexus F's eternal drive to improve its products in the name of performance. Judging by the carbon fiber front splitter, canards, and rear wing, this example also features the $70,000 Nürburgring Package.

“My inspiration for this livery was the idea of fluidity present in the contemporary life, where things are in constant movement and it’s hard to freeze anything," explained Pedro Henriques, the artist hired to create Lexus' masterpiece. "The lines in the drawings follow this feeling of going everywhere and never stopping; a progressive life. I wanted to reach an organic feeling by using handmade material and liquid lines in the elements spread through the car. By doing this I hope to express a feeling where the car becomes a less defined shape, in constant mutation in its movement”

Lexus is racing two RC F GT3s under the banner of the Emil Frey Lexus Racing team, who raced at the 24 Hours of Spa last year with Jaguar.

"Taking into consideration the track of Spa suits our Lexus RC F GT3 very well with its fast corners, we should see a good performance," said Team Principal Lorenz Frey. "Spa is one of the toughest GT3 races taking place on probably the most spectacular race track there is and everyone in the team is really excited for our first 24 hours race with the Lexus."

The LFA art car will debut at the beginning of the Spa racing weekend, which runs July 28-29, and will participate in the on-track parade before the race starts on Saturday.