High School Kids Get Under the Hood at Car Technology Competition

The National Automotive Technology Competition gives prospective technicians a chance to prove their skill on the national stage. 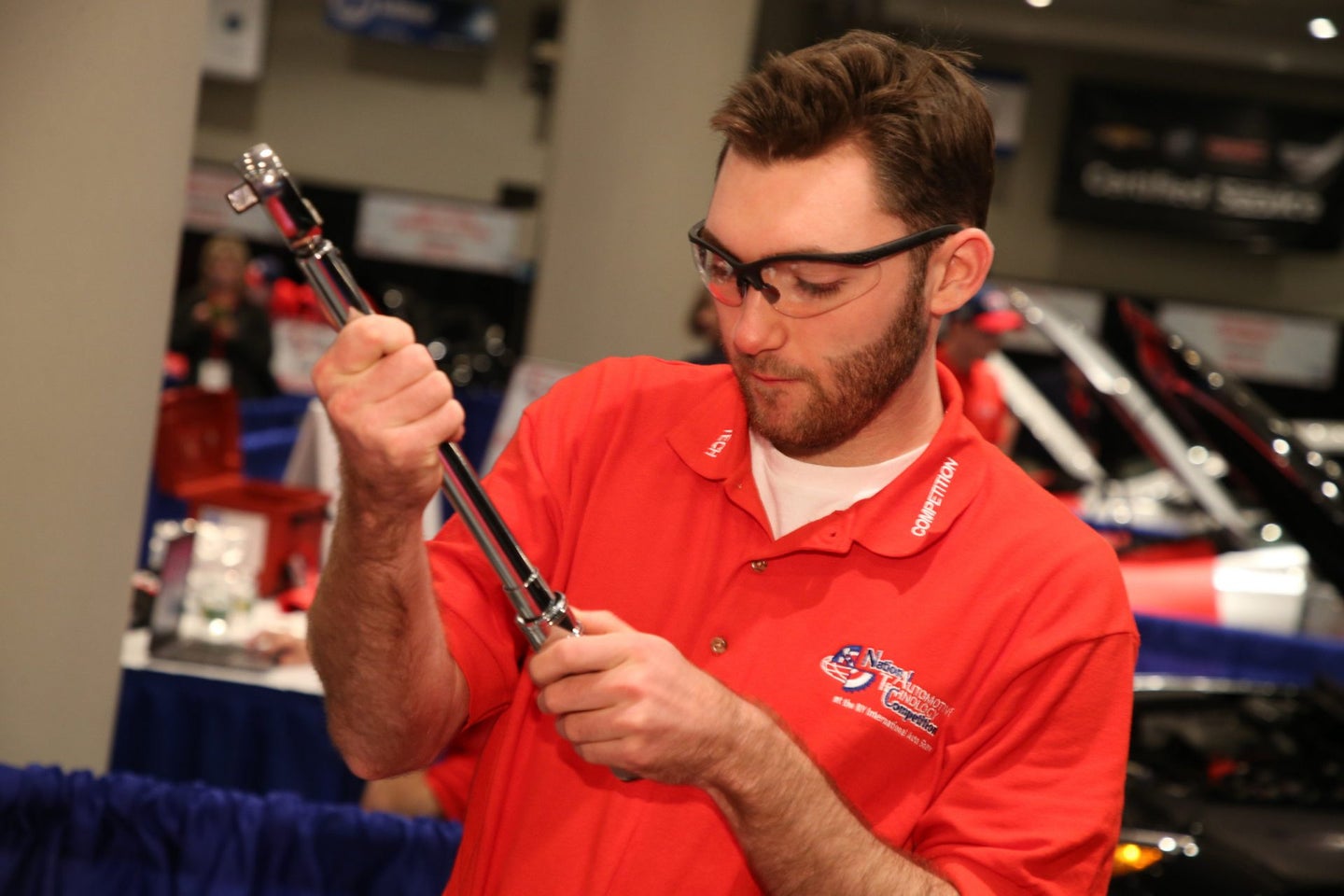 Since 1993, The New York International Auto Show has been a backdrop for the National Automotive Technology Competition, a program used to educate students in the path of becoming a technician. After a series of regional and state-level competitions, the best of the best automotive students are given the chance to prove themselves in New York. The contest takes place over two days, with each day hosting its own challenge.

The first of these is the "Workstation Challenge," where each team is quizzed on their knowledge of tools, car components, and measuring instruments. Students are also judged on job interview skills during this portion of the competition, and the Workstation Challenge accounts for 60 percent of a team's total score.

On day two comes the On-Car Challenge. For 40 percent of their score, students must diagnose and fix cars that have been bugged by instructors. This gives the technicians a controlled environment to show their skill, as the problems with the cars have been predetermined. In preparation for the On-Car Challenge, the students are trained by their high school teachers, as well as licensed technicians at local dealerships.

The top teams are all given a portion of more than $3 million in prizes, which include free tools, partial or full scholarships, and vehicles to be donated to students' automotive programs. These prizes are funded by donations from sponsors, such as vehicle manufacturers, tool suppliers, and dealerships.

The competition is also host to the Automotive Career and Education Fair, where representatives of colleges and manufacturers can give curious students information on what it takes to make it in the auto industry. The career fair also runs giveaways and celebrity autograph sessions.

The National Automotive Technology Competition is open to high school seniors. These students must be eligible to graduate in June of the contest year, and they must not have turned 19 before January of the contest year. The 2018 competition wrapped up on April 4, but that leaves plenty of time for interested students to get ready for next year.

The Optima is the latest model in Kia’s lineup to get a sportier redesign, and it actually looks pretty good.