A metal core sits inside of a polymer-based structure. 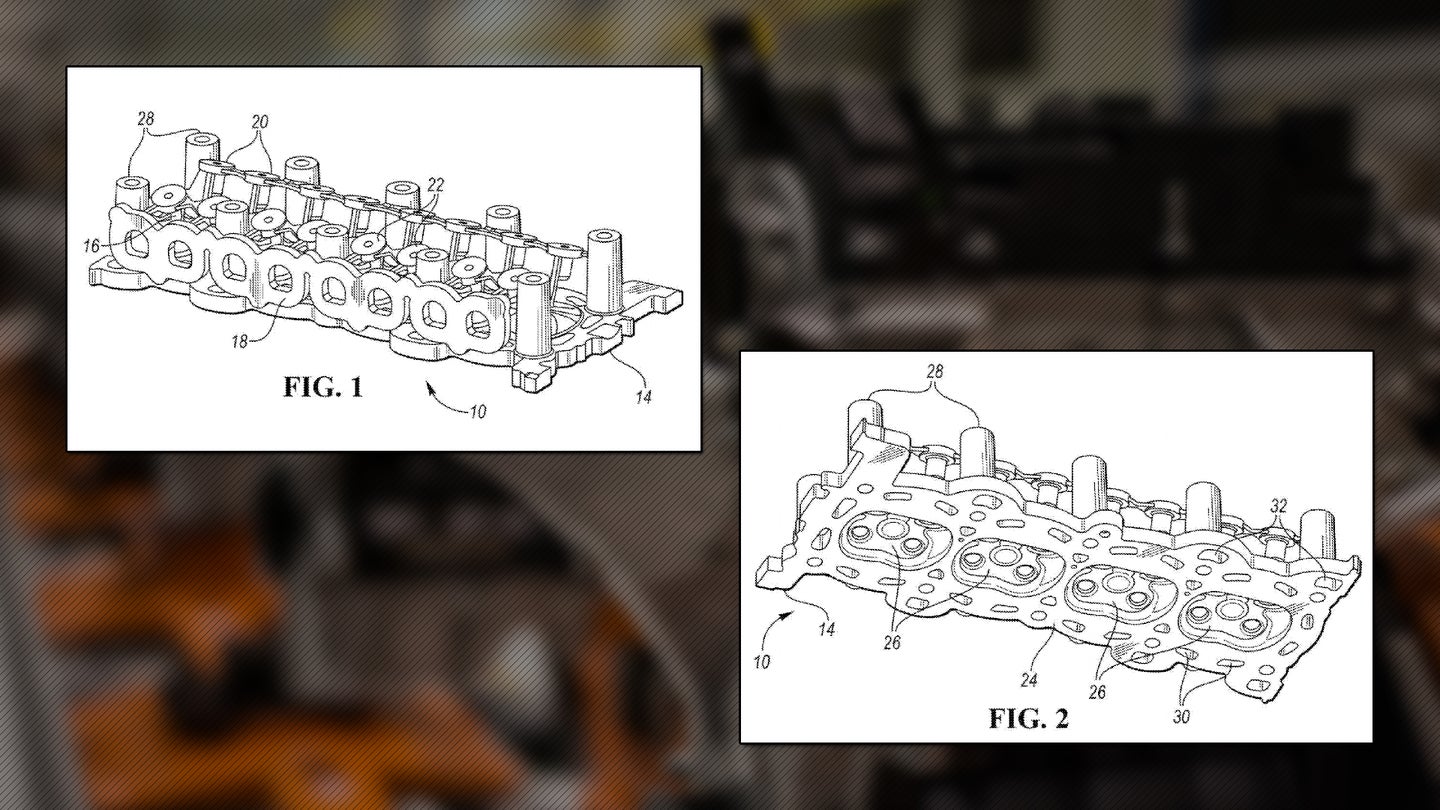 With the mass-production of electric cars being on the horizon, manufacturers are in a split-brain scenario for how to proceed with future products. On one hand, they have to stay current with market trends and changing technology. On the other, ensuring that existing products offerings are improved upon is important too; this means not giving up on the internal combustion engine. This is where making it lighter, more efficient, and innovative is key. In a patent application published last month, Ford brought to life what some might consider utter blasphemy: a polymer cylinder head.

The incorporation of resin plastics into everyday manufacturing has been something increasing in popularity for quite some time. Manufacturers found a cheaper way to mass-produce parts for vehicles while still maintaining overall structural integrity. More and more vehicle components became mass-produced by way of molding. Typically, this has been limited to non-crucial components of a vehicle. Certain engine accessories, like the intake manifold and valve cover, have been made from composite materials, but core assets like the cylinder head and block have always been some form of metal.

Ford filed for a patent back in February which describes a polymer-based cylinder head with a cast iron "internal metal structure." Certain components, such as the upper combustion chambers and fire deck, are part of this structure which needs to be made from metal, as the areas are subjected to the most direct heat and pressure from the combustion process. There would also need to be structural reinforcements and protection for the exhaust ports of the head due to heat constraints.

Ford has been working with composites for quite some time now to develop a powerplant out of materials other than just metal. In 2016, Ford showed a one-off 1.0 liter EcoBoost engine that utilized carbon fiber injection molding for its cylinder head, reducing overall engine weight by 15%.

Though this technology seems to just be in its infancy, it's an interesting topic, nonetheless. Should Ford and other manufacturers pursue means to make internal combustion engines even more affordable, it might help to prolong the viability over the inevitable electrification of cars.

Ford Has a Tesla Model 3 at Its Testing Facility

Could Ford be reviewing Tesla’s tech to build a similar product?

The new Fusion debuts with some of the most advanced driver-assist tech on the market.