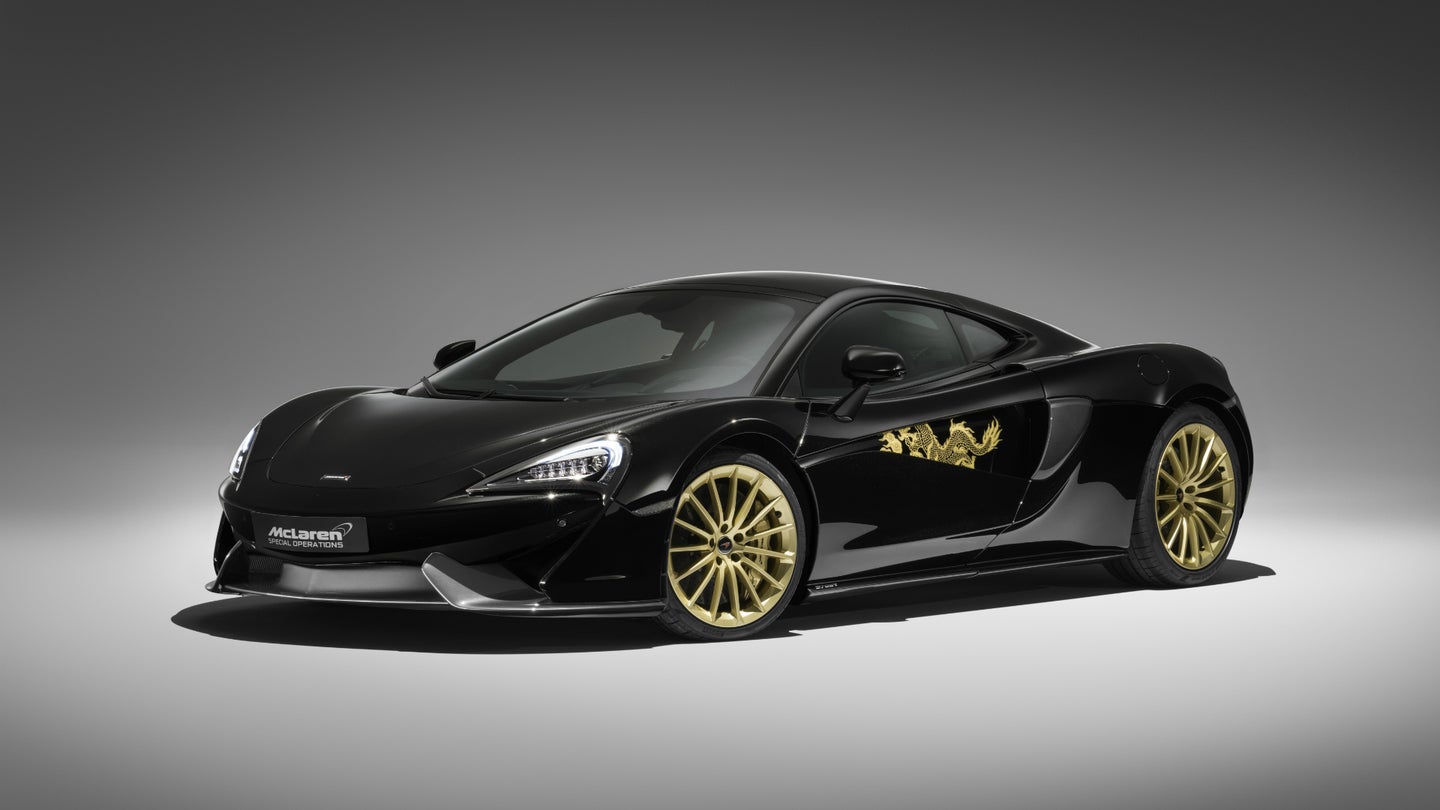 McLaren Automotive is getting ready to debut a special new variant of its 570GT entry-level supercar at Auto China 2018, but has given everyone a first look before the car premieres later this week. It's called the McLaren 570GT Cabbeen Collection, and as the name suggests, it's a collaboration between McLaren and Chinese fashion designer Cabbeen, but more importantly, it has dragons on it.

This Chinese cultural overload continues into the cockpit, with gold dragons adorning the rear luggage deck and center console. The dragons were embroidered by Chao Embroidery expert Kang Huifang, director of the Professional Embroidery Committee of China's Arts and Crafts Institute. The interior itself is trimmed with Alcantara and features carbon sill covers from the MSO Defined range.

The 570GT Cabbeen Collection is just one of many special commissions MSO has taken on, many of which have a particular subject or design style. This car collection's subject is "Designed in China, made in the [U.K.]," to show McLaren's growing focus on the Chinese automotive industry.

"As a fusion of contemporary British design style and Chinese classic art elements, the 570GT MSO Cabbeen Collection was created to satisfy Chinese customers' desire for individualization and is further evidence of the growing interest in MSO services in the China market," said Ansar Ali, managing director at McLaren Special Operations.

Only five of these cars will be built, and you can see one on display at the Auto China show in Beijing, which runs from April 25 to May 4.

Five custom white and red 570S convertibles are for sale to celebrate McLaren’s history in Canada.