The amped-up, midsize off-road truck will have north of 270 horsepower. 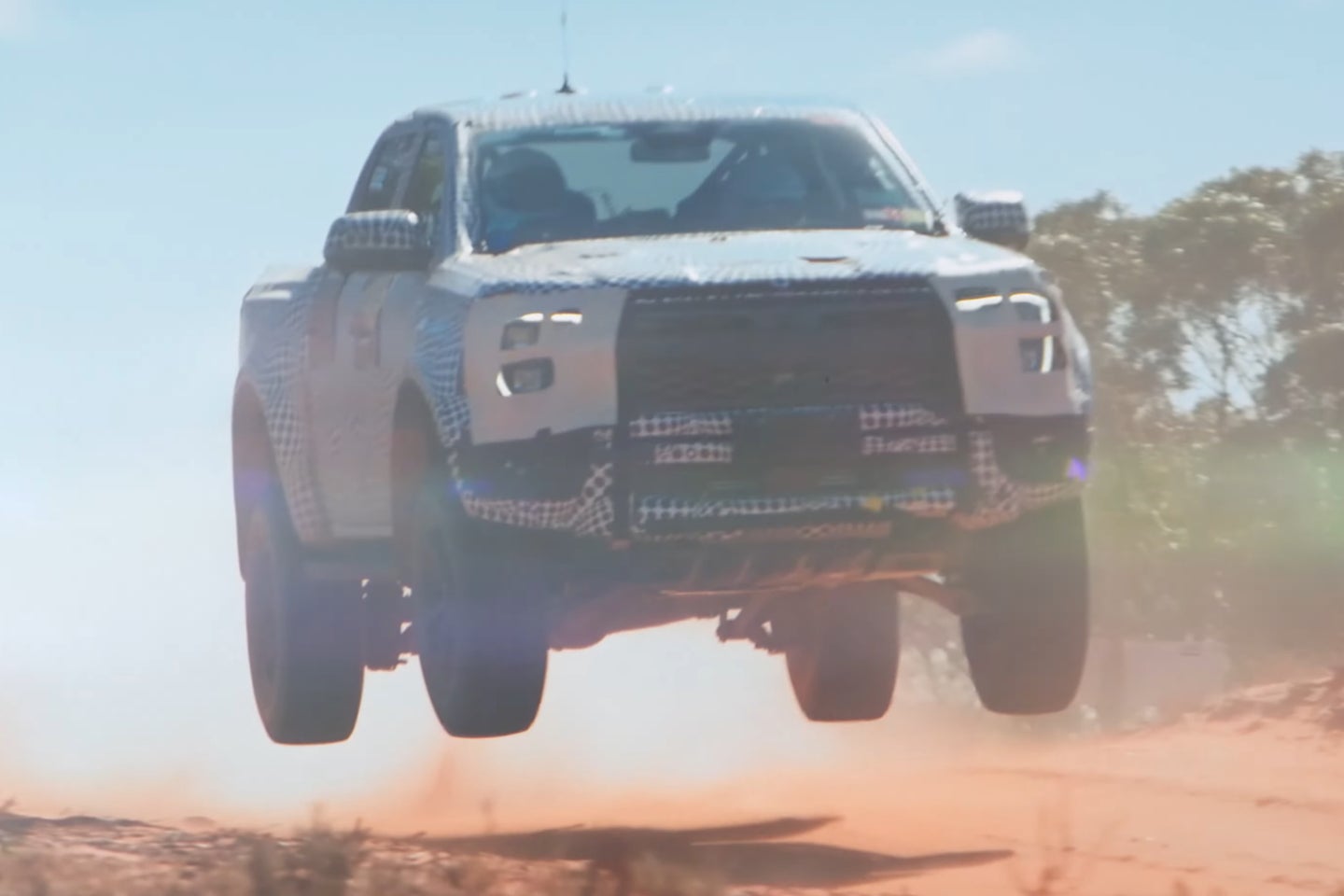 Ford is always expanding and updating its line of Raptor trucks, known as hardcore jumping machines stuffed with horsepower, big tires, and suspension ready to survive the apocalypse. We've all seen the massive new Bronco Raptor with its wild-looking fender flares, but now, the Blue Oval is preparing to reveal something a bit... smaller; the mid-size 2023 Ford Ranger Raptor.

In a teaser shared by Ford CEO Jim Farley, the hopped-up version of the pickup can be seen kicking its tail out on a dirt road and doing a few jumps. Importantly, Farley notes in his tweet that this new Ranger Raptor will be the most powerful Ranger ever. The truck is set to be revealed Tuesday in the early morning, but until then, we can enjoy this clip and also share a little informed speculation.

The new Ranger hasn't been formally revealed in the U.S. market, although we know exactly what it looks like thanks to official international press materials. The truck that's being revealed tomorrow, as with the previous case, is the global version of the Ranger. There is a Raptor trim of the current-generation truck, but it's not sold in the United States. Previously it was unclear whether this new Raptor would come here, however, in a tweet posted after this article was originally published, Farley confirmed the regular Ranger and Ranger Raptor are coming to the United States in 2023.

In his tweet embedded above, Farley revealed this new Ranger Raptor will be the most powerful Ranger ever, which doesn't mean a ton seeing as the most powerful version of the current truck has 269 horsepower courtesy of a 2.3-liter turbocharged four-cylinder engine. To achieve more than that, it's very likely that this truck is V6-equipped. This is very probable because the Bronco, which is on a very similar platform to the Ranger, also offers V6 engines. Exactly which V6 might be used is unclear, but it's very likely the 2.7-liter or 3.0-liter EcoBoost, both of which are turbocharged and produce more power than the smaller 2.3-liter four-banger.

According to Ford Authority, the truck might also be slightly lighter than the current international market Ranger. We don't have long to wait for these details to be confirmed, though. When the reveal happens early tomorrow, we'll be getting a taste of the mid-sized performance truck slated for sale in the U.S. next year.

Update 2/21/2021 @ 5:04 pm ET: Jim Farley, Ford's CEO, confirmed the Ranger and Ranger Raptor are coming to the United States in 2023 after this article was published. The post has been updated to include this information.

This Is the Next-Gen Ford Ranger

The new Ranger hopes to bring a new level of sophistication to the mid-sized pickup market.

It rolls and even has a working suspension.