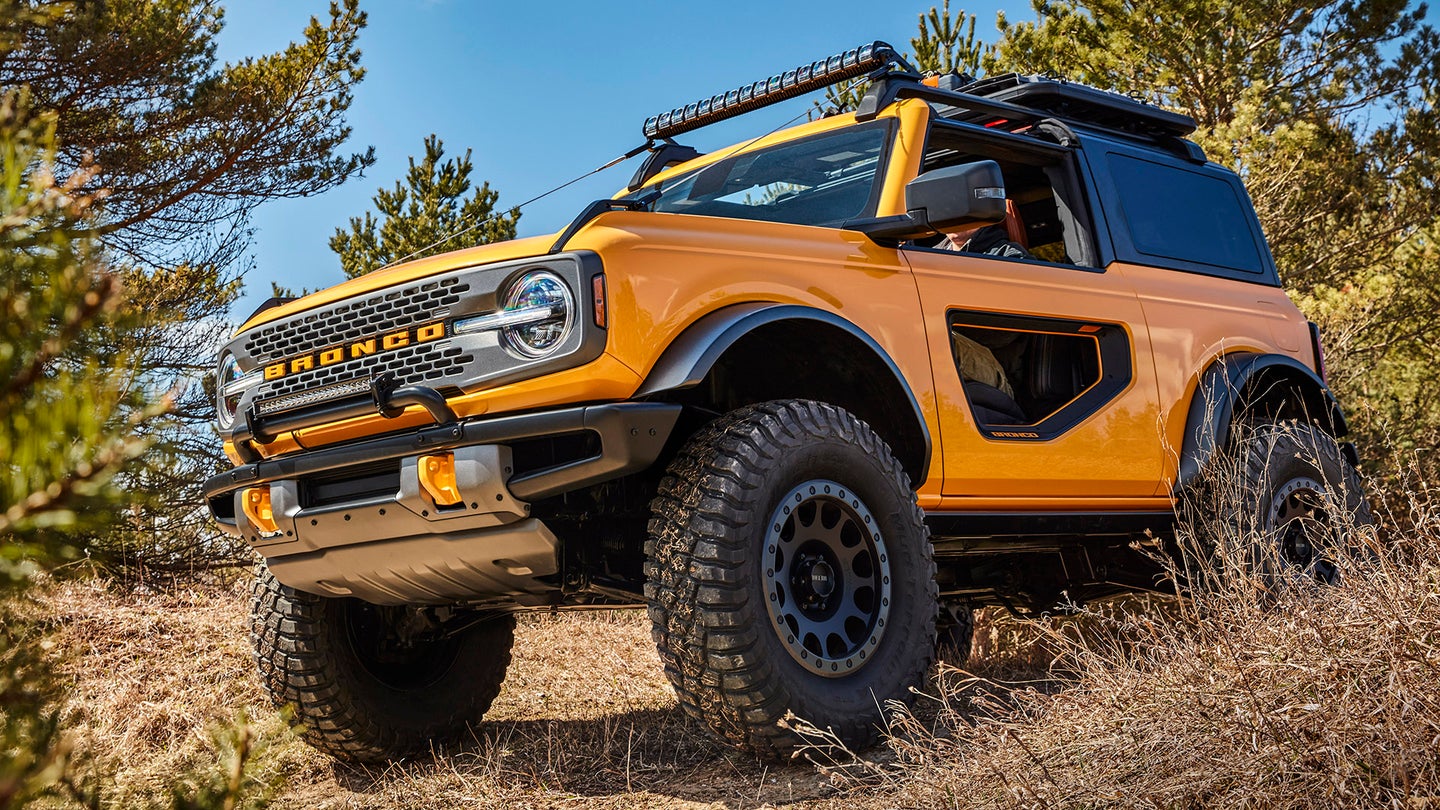 Electrified Ford Broncos are coming—that much has been known since May of 2019. It was then that Ford CEO Jim Hackett told investors the company is "adding hybrid electrics to high-volume, profitable vehicles like Explorer, and the new exciting Bronco." Hackett's statement is seemingly bolstered by a possible leak of the 2021 Bronco's gauge cluster, showing graphics that would have no place on a purely internal-combustion vehicle.

Spotted in a video uploaded by Input with unconfirmed origins, seemingly created by Ford or one of its collaborators, the "EV Coaching" option is clearly modeled on the regenerative braking dials seen commonly in electric vehicles (EVs). Used to maximize regenerative braking, such a dial has no purpose beyond novelty in a purely internal combustion-powered Bronco, though per the Hackett quote above, the Bronco won't be gas-only for long.

Inclusion of the nifty "EV Coaching" feature, of course, doesn't inherently imply that a full EV will be the Bronco's first foray into electrification. Gauges like these can also be found in plug-in hybrids (PHEVs), which the Bronco-related Ranger is rumored to become for a future high-performance model. A 92-horsepower, 192 pound-feet-of-torque hybrid boost will allegedly take the 2.3-liter Ecoboost-equipped Ranger to 362 horsepower and 502 torque, and it stands to reason that a similar powertrain could make its way into the Bronco, whose base engine is the non-hybridized 2.3.

This goes without speculating on the power of such a hybrid system paired with the larger, 2.7-liter Ecoboost V6, a combo which napkin math suggests could produce as much as 454 horsepower and 592 pound-feet of torque. But if there isn't quite enough space to fit both that twin-turbo V6 and the Ranger's rumored PHEV system under the hood, the 2021 F-150's milder hybrid system may wedge in nicely. And though less brawny with just a 47-horsepower boost, it'd still take the 2.7-liter Bronco beyond the 400-horse mark, and firmly into the territory of the supposedly production-bound V8 Wrangler.

So, while Jeep may have thought itself two steps ahead of Ford on the electrified off-roader front, it may feel the Blue Oval's breath on its neck sooner than anticipated. And in the coming knock-down, drag-out fight between Ford and Jeep, there will be only one winner: new car buyers.

Ford Predicted Our Turbocharged Future All the Way Back in 1984

It seemed dystopian then, but a few decades later, the prophecy has become a reality.