If accurate, we’re likely not very far from seeing the long-awaited, supercharged-V8 truck. 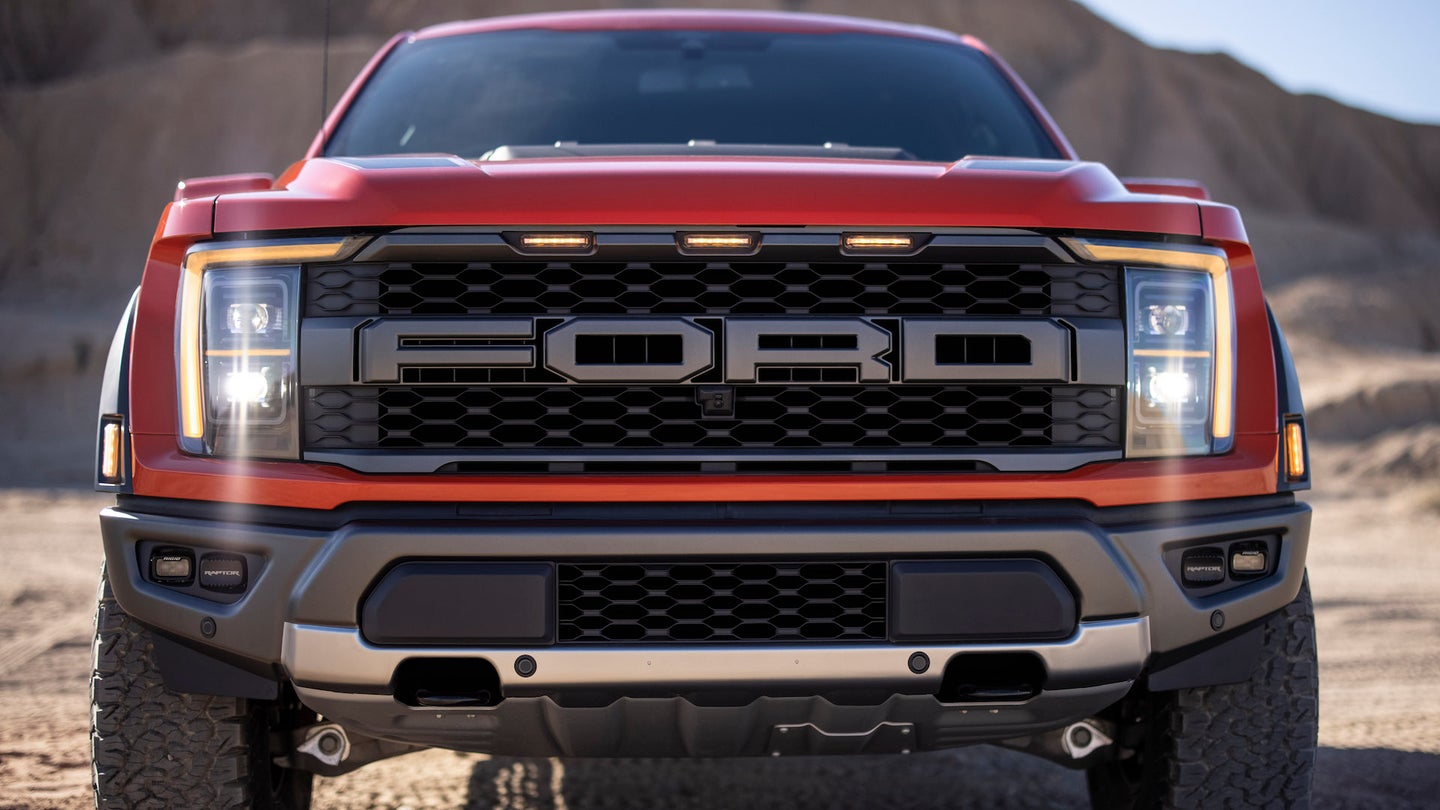 We already knew the V8-powered Ford F-150 Raptor R would arrive sometime in 2022. But if a new report is to be believed, we might have a slightly more accurate timeframe as to when it'll happen.

Citing "sources familiar with the matter," Ford Authority is reporting that order books on the higher-performing F-150 Raptor R will open up this fall. If true, this would likely mean an official reveal sometime shortly before then. It also means that interested buyers have about seven to nine months to get their financial ducks in a row and/or get friendly with their local Ford dealership so there aren't any "problems" when it comes to allocation time. When I reached out to Ford for comment, a spokesperson replied, "We have not shared timing for Raptor R order bank opening."

So, until Ford can officially confirm, this remains speculation. Other rumored Raptor R details have included the presence of a V8 engine, specifically the 760-horsepower, 5.2-liter supercharged cross plane-crank Predator motor out of the Mustang GT500. Ford Authority alleges that this motor will be detuned slightly to 750 hp for the Raptor R. Regardless, this V8-powered Raptor would very likely one-up the 702-hp, Hellcat-powered Ram TRX.

For reference, the existing, non-R F-150 Raptor uses a 3.5-liter twin-turbo EcoBoost V6 spitting out 450 hp and 510 pound-feet of torque. It also rides on next-gen, 3.1-inch-diameter Fox shocks that give it 14 and 15 inches of suspension travel front and rear. The Raptor's thick 37-inch tires also do not hurt it in the off-roadability department.

Not many concrete details are known about the forthcoming Raptor R, though, other than the fact that it is indeed real, will be coming sometime this year, will presumably be a capital-R racier version of the F-150 Raptor, and—despite what one previous report alleged—will be "100 percent street legal."

Got insider info for the author about the Raptor R? You can reach them here: chris.tsui@thedrive.com

The new Raptor might not have a V8 (yet) but the suspension is better than ever—really.