There’s a Ford Bronco Floating in a Bay in Maine Because Some Fool Drove Too Far Out [UPDATE: It’s Out]

It got stuck in a sandbar during low tide and now that the water’s up, they’re trying to float it out. 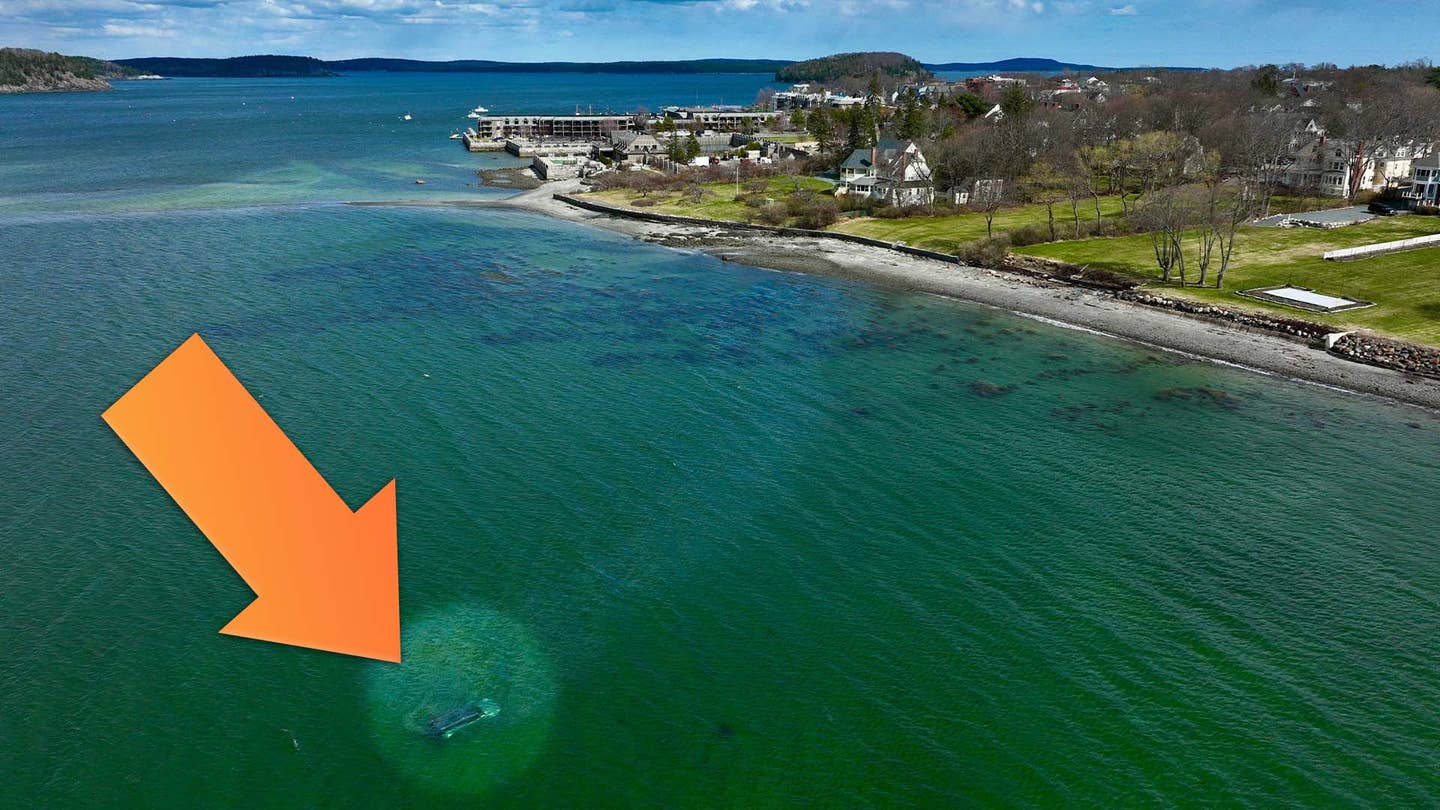 Some folks just can't help themselves from driving where they shouldn't. We've seen how this ends a time or two, but even then, nothing was enough to stop this Ford Bronco driver from cruising into Frenchman Bay near Bar Harbor, Maine. See, when they made the trip on Saturday onto the mudflat, the tide was low; now it's been two days and the water has submerged it completely—twice. Recovery attempts are ongoing after a failed run on Sunday, with a local towing company now working to float it out with airbags.

Local drone photographer Kip Wing from Aerial Aesthetics snapped images of the Bronco early Sunday morning. He shared them online and when I reached out to him, he gave me a rundown of the situation.

"In town here, we have an island, and it's called Bar Island," Wing explained. "When the tide goes down, there's a sand bar you can drive out on from town. It's a straight back and forth shot. So, these people decided to start driving up the beach and they ended up in the muddy, swampy, marshy area. They got stuck and couldn't get the car out before high tide hit Saturday at 6 p.m. It sat there overnight and I was out [Sunday] morning at 5:30 a.m. and they couldn't get it out; they broke two tow straps trying to get it out."

Bystanders told local outlet Mount Desert Islander that the Bronco appeared to be doing donuts when it got stuck. Wing couldn't confirm this but he noted they could've been judging by the tire tracks. An up-close video shows the Bronco to be an Outer Banks trim (ha) without the Sasquatch package, so no 35-inch tires here.

The way Les Foss, owner of Island Towing, explained it to me Monday morning, this has been far from an easy job. It was buried up to its doors when they reached it on Sunday, and Foss noted that they tried to yank it out with a Dodge Ram 2500 and a squarebody Chevy pickup. It didn't work, though, so they're onto Plan B...or maybe Plan C.

"So far, it's been stuck in the mud so hard that two trucks couldn't pull it," Foss said. "Wreckers are just too heavy to go across the beach so we can't put a wrecker down there. And there's no place to set up on land that we can get a direct shot with a cable to get to it—the closest spot is probably 1,500 feet away."

"It's floating right now with bags under it; we're sitting here watching it," Foss added. "As soon as the tide comes up over this bar, we're gonna try to put a little skiff over there and see if we can tow it here to the bar where we can get a wrecker to it."

When I asked Foss if local authorities have been involved in the recovery efforts, he replied, "No, it's pretty much just us. We've got a diver down here now who brought the bags and we've got it floating."

It's possible that they could have the Bronco removed by mid-day Monday. Regardless, the damage has been done to the off-roader, and it's yet to be seen how the snafu will impact the bay environmentally. This is a developing story and we'll be sure to keep you updated as more info becomes available.

Updated at 3 p.m. ET on 04/19/2022: This Bronco was finally recovered after 28 hours of work. I talked with the towing company that retrieved it, and you can read the full write-up here.

Got a tip about this super stuck Ford Bronco? Contact the author directly: caleb@thedrive.com