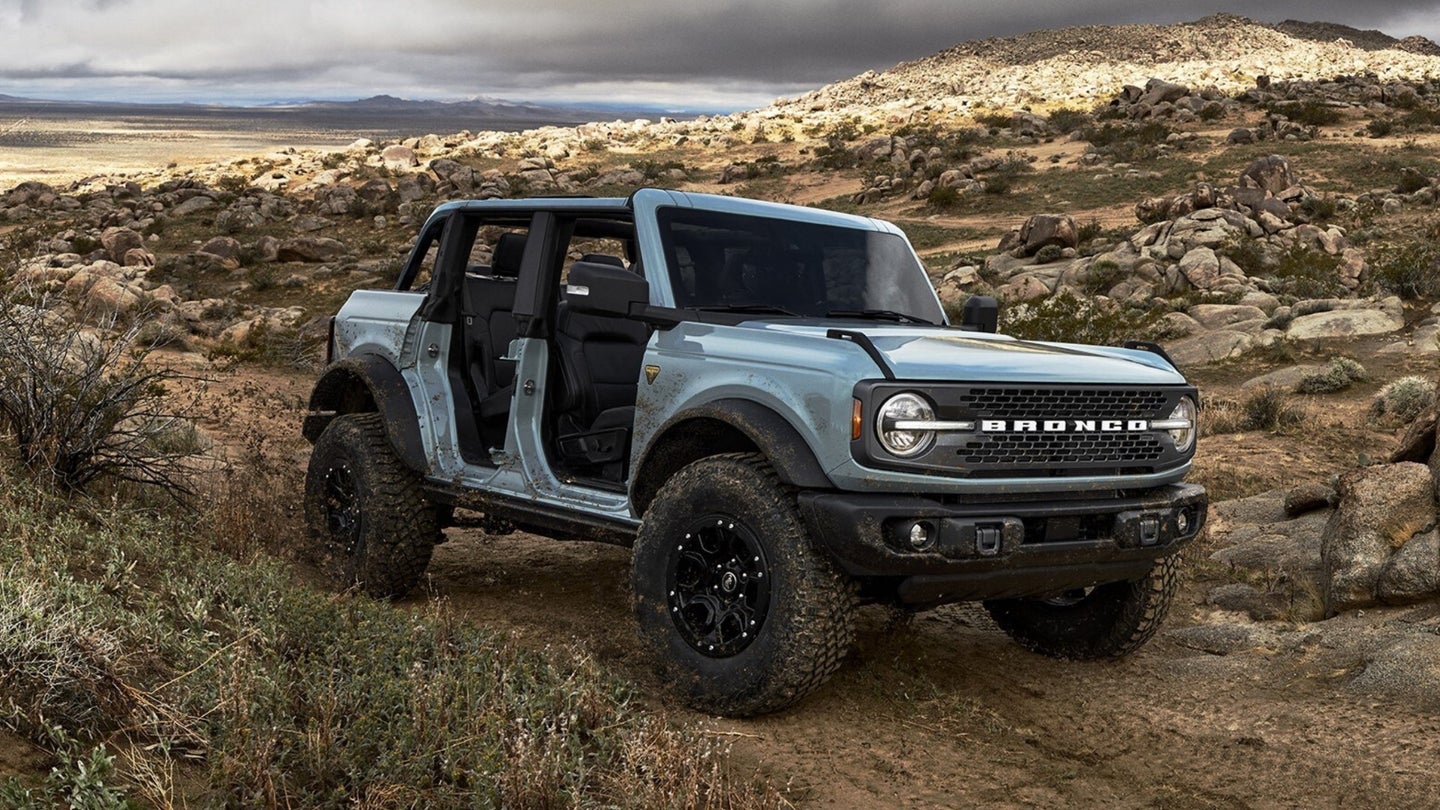 It's no secret the 2021 Ford Bronco is going up against the Jeep Wrangler, and as a result, the comparisons between the two cars have been fierce—never before have door mirror locations been so hotly debated. Seemingly every feature is being measured between the two, and one that has stuck out as missing from the Bronco is a fold-down windshield. Touted as providing a superior open-air experience by Jeep owners, those in charge of Ford's new off-road offering decided against including one. Now, thanks to chief Bronco designer Paul Wraith, we know why.

"We looked at that. In the original vehicle, you could do that, but it brings with it some problems," Wraith explained to Ford Authority. "It does provide the user with a fairly rare event since you start getting into things like flat windshields, which is a compromised construction around pillars."

"So what we actually really wanted to do is to provide a very open-air feel, thin out the pillars as much as we could, which is why we have the airbags in the sport tubes. That provided people a very safe envelope for people to sit within... But it’s very safe, very open, and a good experience—and I think we made the right tradeoff," Wraith concluded.

Essentially, Ford decided against a folding windshield primarily for safety reasons. Wraith notes that they were able to thin out the A-pillars by putting airbags in the "sport tubes," which are the rollbar-like structures that support the Bronco's roof, thereby offering a more open-air experience. It's implied that if the Bronco was offered with a folding windshield, it would've required that the car had thicker A-pillars, which was something the design team wanted to avoid from an aesthetics standpoint.

So while the Bronco may not have a folding roof, the decision to leave that feature out seems like a reasonable compromise. If Ford can manage to get the Bronco safer than the Jeep Wrangler—not necessarily a difficult task—the brand could end up stealing some of its competitor's sales by appealing to buyers who are more safety conscious and less keen on off-roading party tricks. That may get some fans riled up on the forums, but for normal buyers, it likely won't make a difference.