Hyundai Staria Didn’t Need a Pop-Top Camper to Be Cool, But Here We Are 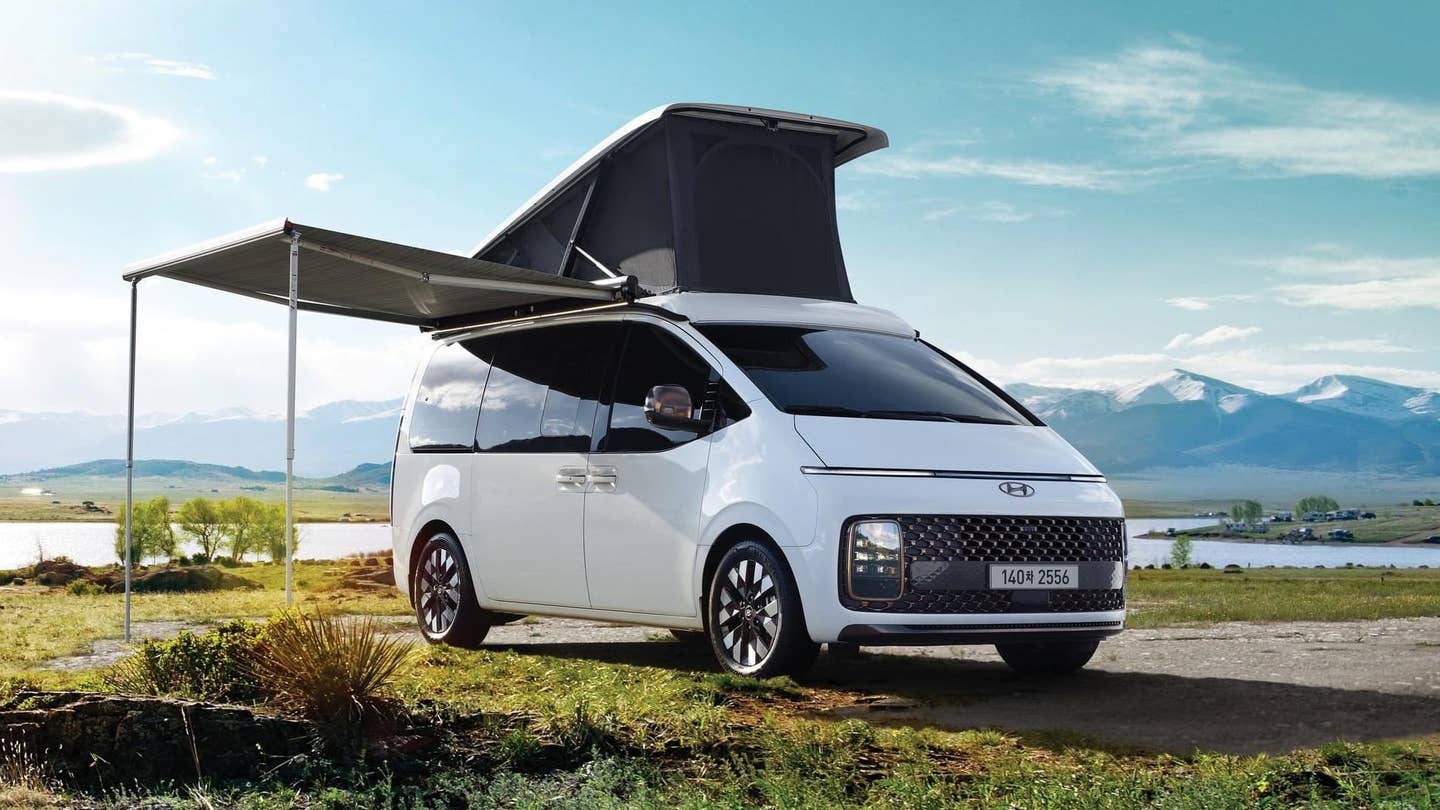 The Hyundai Staria is already near the top of the list of cars I wish were sold in the United States. It might have just been promoted a spot, too, because Hyundai has made its tiny van way cooler by introducing a camper version that, in another universe, I'd move to Korea just to live out of.

Ordinarily a three-rower capable of seating up to 11, the Staria Lounge Camper as it's officially called, has been redesigned to seat just four, its back seats folding flat so an air mattress for two can be laid over top. To its side is a 1.3 cubic-foot fridge, a small sink hooked to the onboard water supply, and the controller for the electronic pop-up roof. It's big enough for two adults, who can use its interior lamp for, I dunno, reading bedtime stories or something.

From its side extends an awning with LED lighting for relaxation in all weather—provided there are no serious crosswinds, in which case, campers can retreat to the cabin and leave the hatch open with its mosquito netting deployed. If that's not protective enough, you can just close it all down and eat your pork and beans on its fold-out table. Once the weather clears again, you can hook up its external power supply to charge your kid's Power Wheels. And, after they go mudding in them, you can hose 'em down with its external shower head.

In all, it's the kind of package I can see Americans shelling out the better part of a hundred grand for (comparable Class B campers pretty much bottom out in the 70s here). But that's not necessary for the Staria camper, which appears to start at $53,320 before tax. No two ways about it; that's a steal, especially for a van that's even more fashionable than the ID.Buzz camper. Of course, of the two, we're getting only one, and it ain't the Hyundai. The return of cozy VW campers to the States is something to look forward to, sure, but nobody ever complained about being spoilt for choice. If nobody else, it'd certainly make me a happy camper.