While Chevy isn't new to electrifying SUVs—the automaker announced both the 2024 Equinox EV and an electric Blazer at this year's CES—it hadn't announced any sporty versions yet, unlike most of its competitors. That changed today with the announcement that the electric Blazer is getting an SS variant, and it's going to be available in the spring of next year.

With the introduction of an SS high-performance model, it's possible that Chevy is attempting to reorient the Blazer, once renowned for its offroading, rugged prowess, back into enthusiast conversation. Chevy's mid-00s TrailBlazer nameplate, for example, did get an SS version for a handful of years, and while take rates were low, the model gained a solid cult following. The relatively low-profile tires shown in the teaser video could indicate that the new EV Blazer SS might follow more in the on-road footsteps of the TrailBlazer SS rather than take on off-roading as the original Blazer namesake did.

Unfortunately, the most I can really offer you is speculation at this point because the only new identifying features shown in the ad are the SS-branded, six-spoke alloys and those aforementioned low-profile tires.

Given what we know about upcoming General Motors EV products, however, there are a few solid guesses we can make about its future capabilities. For example, GM has recently announced that a 2.8 million-square-foot factory in Spring Hill, Tennessee, is under development—specifically to build Ultium batteries for its EV line, so it's likely that the same line of power storage will underpin the new Blazer SS. Beyond that, we'll have to wait for more information from GM to find out power, pricing, and what will truly differentiate the Blazer SS from its more mundane counterparts.

The current iteration of the Blazer is a gas-only, compact, two-row crossover that itself resurrects the 50-plus-year-old name of a body-on-frame SUV, the Chevy K5 Blazer. It has been on sale in America since January 2019, with front or all-wheel-drive available, and it comes with a maximum of 308 horsepower from its top-trim, 3.6-liter V6 engine. In short, it's a mid-size crossover that fits in with the rest of the market and has been accused of being more or less forgettable. And up to this point in the modern Blazer's lifespan, it's certainly never marketed itself towards enthusiasts. The upcoming Blazer SS EV could change that. 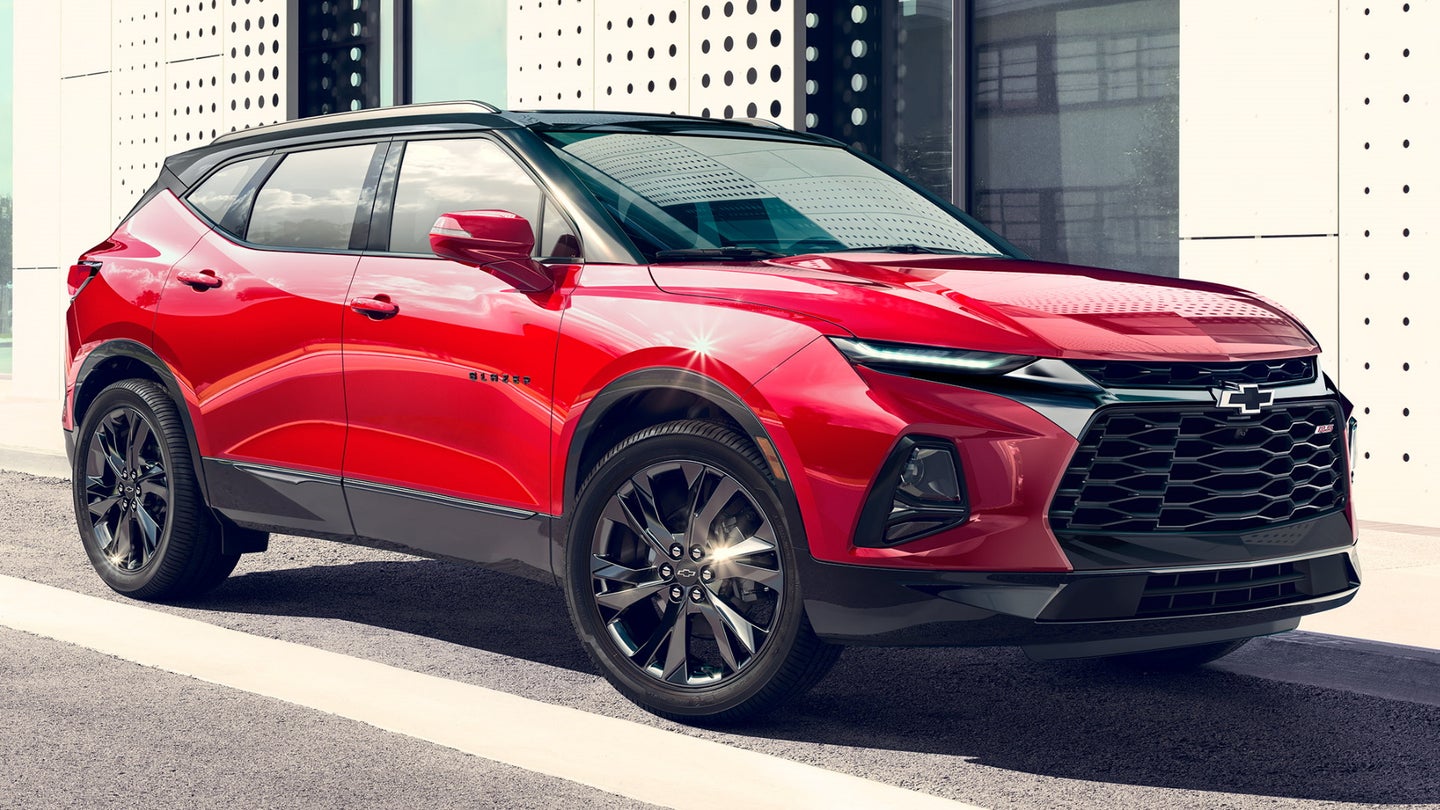 An Electric Chevy Blazer Is Coming in 2023

GM CEO Mary Barra mentioned the new crossover during the Silverado EV reveal, as well as an upcoming electric Equinox. 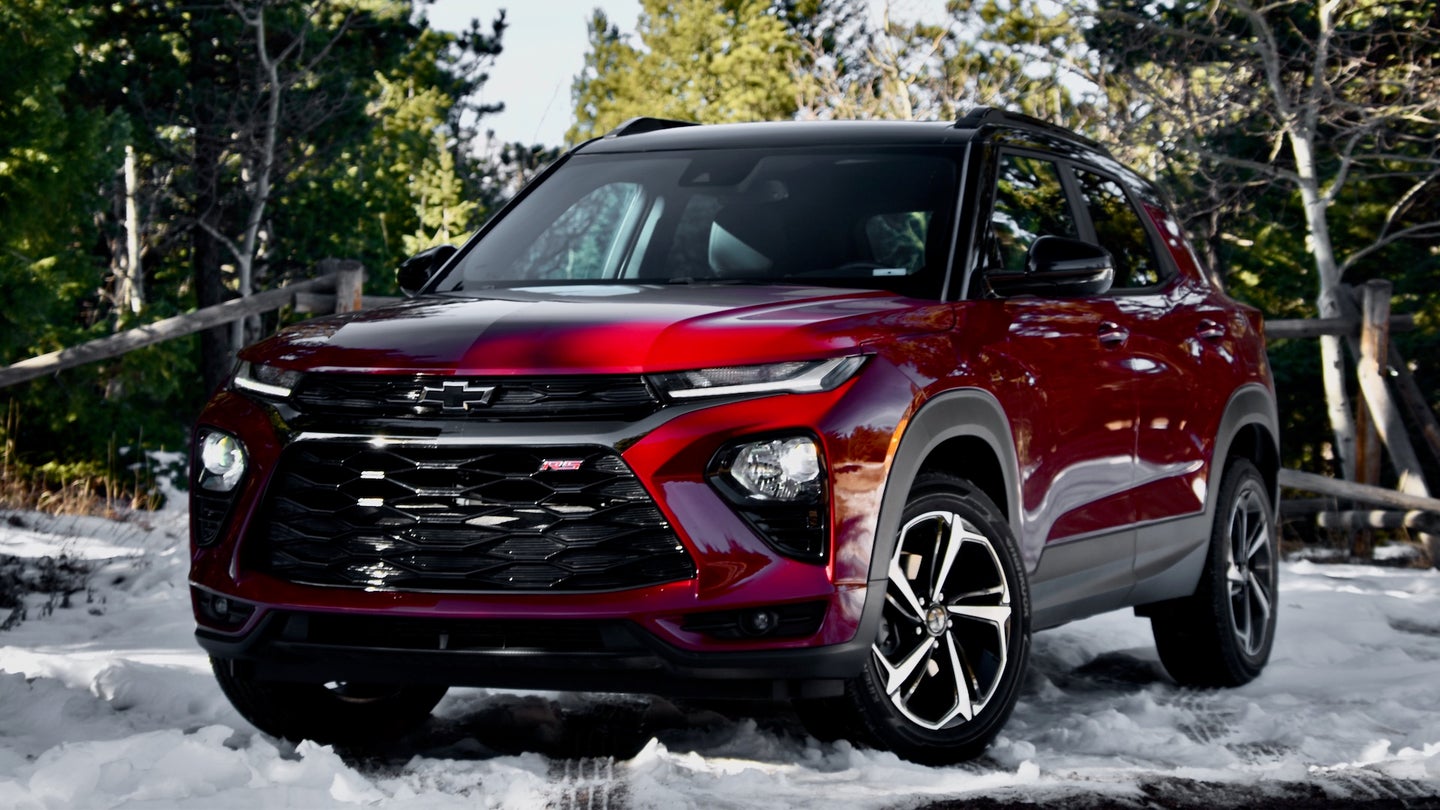 Don’t read too much into its adventurous name—this crossover is most at home on the road. 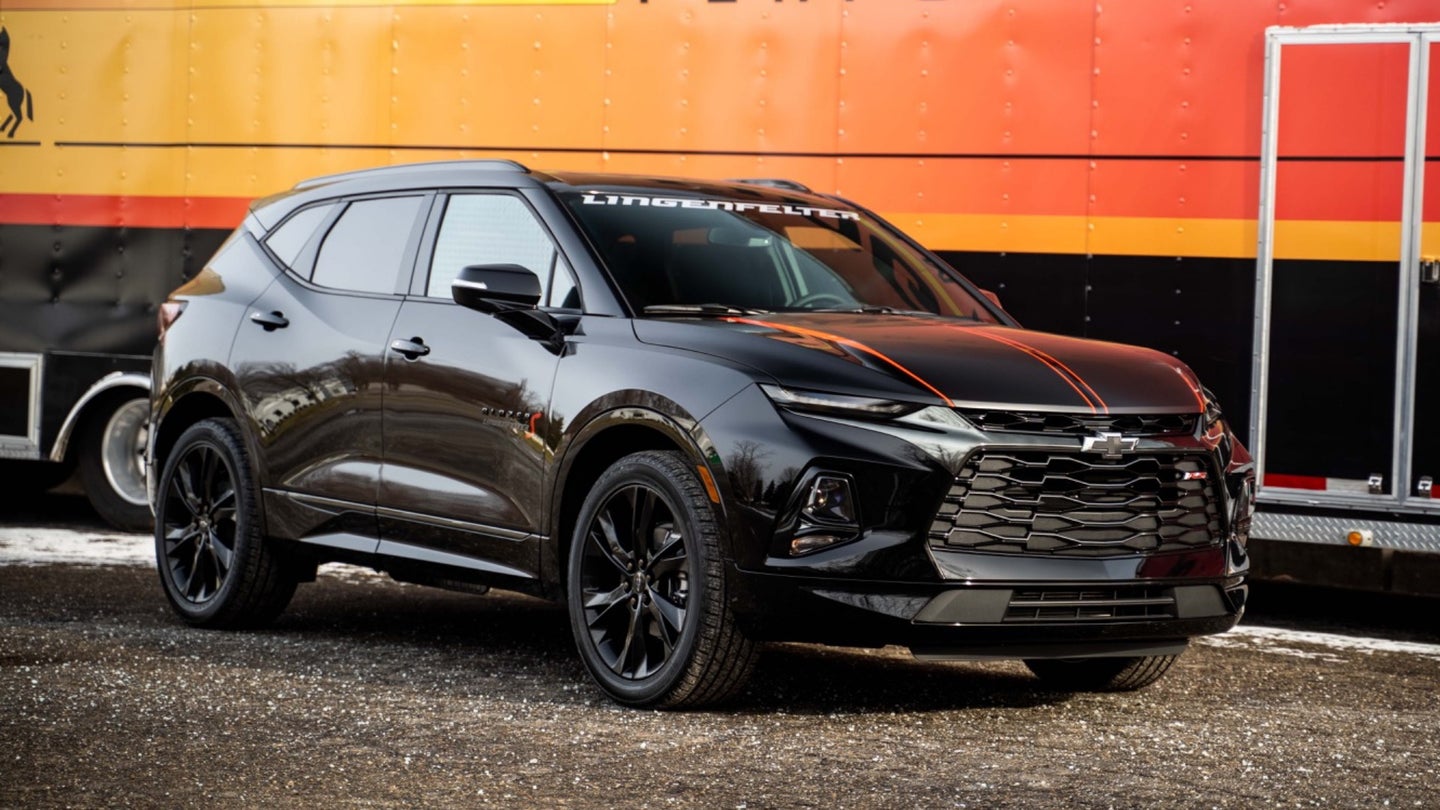 Think the New Chevy Blazer Is Meh? Give It 450 HP With Lingenfelter’s Supercharger Kit

Bump that V6 up to V8 power levels.