Classic truck prices, this is tower. You have been cleared to absolutely take off. 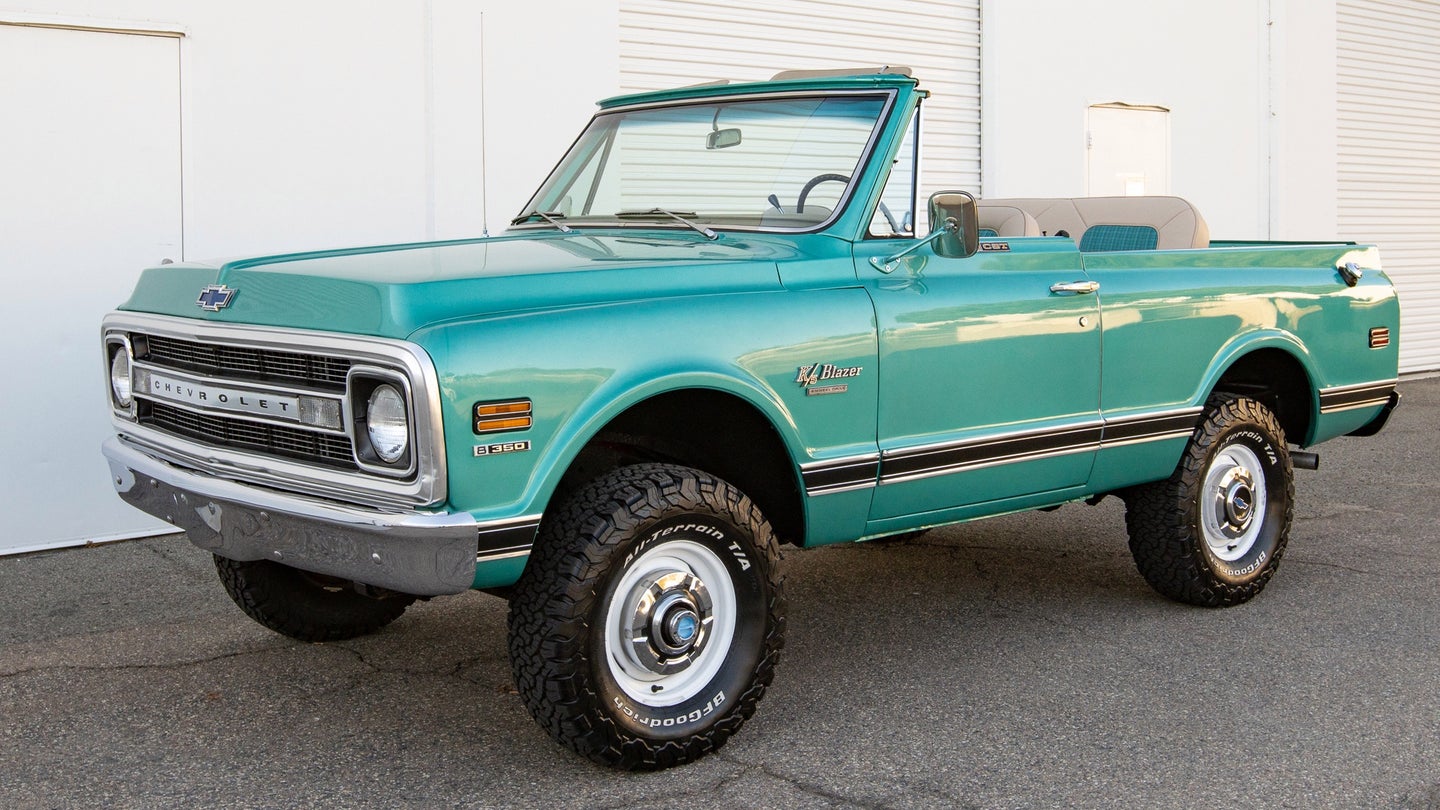 February of 2019 was a strange time. Everyone thought the $35,000 Tesla Model 3 was here to stay, and that a tastefully modified 1970 Chevrolet K5 Blazer CST 4x4 was worth about $34,000. Nineteen months later, the everyman's Tesla is but a memory, and that Blazer? According to a Bring A Trailer bidding war that wrapped up Tuesday, it's officially worth almost $90,000.

Indeed, this Blazer—which didn't even meet its reserve when originally listed on the infamously spendy auction site—is a nicely resto-modded example, though it wasn't hard to see why it failed to sell back in 2019. Its unoriginal paint and extensive modifications made it a tough sell to the numbers-matching crowd, whereas its conservative modifications limited its appeal to those seeking novelty or flex factor.

Nevertheless, some classic trucks' values seem to have since gone through the roof, and this Blazer was no exception. Without changing hands, and with a further 1,000 miles on the odometer, the same Blazer that failed to meet reserve at $34,000 instead soared to a final bid of $87,500. That's 257 percent of its 2019 price, and a shock to Bring A Trailer commenters, many of whom are befuddled at the Chevy's sky-high valuation.

Shockingly, though, this Blazer is far from the most expensive to have sold even this year. In April, a 1972 Blazer heavily reworked by famed custom car shop Ringbrothers collected an unprecedented $300,000—also from a Bring A Trailer bidder, who paid 7.5 times the price of the site's previous record-holding Blazer. Going by what appears to be happening to the prices for vintage off-roaders, now may be the time to pull the trigger on the International Scout you've been eyeing. Because if you don't, some dirty, dirty financial speculator may.

It’s now back with its original family.